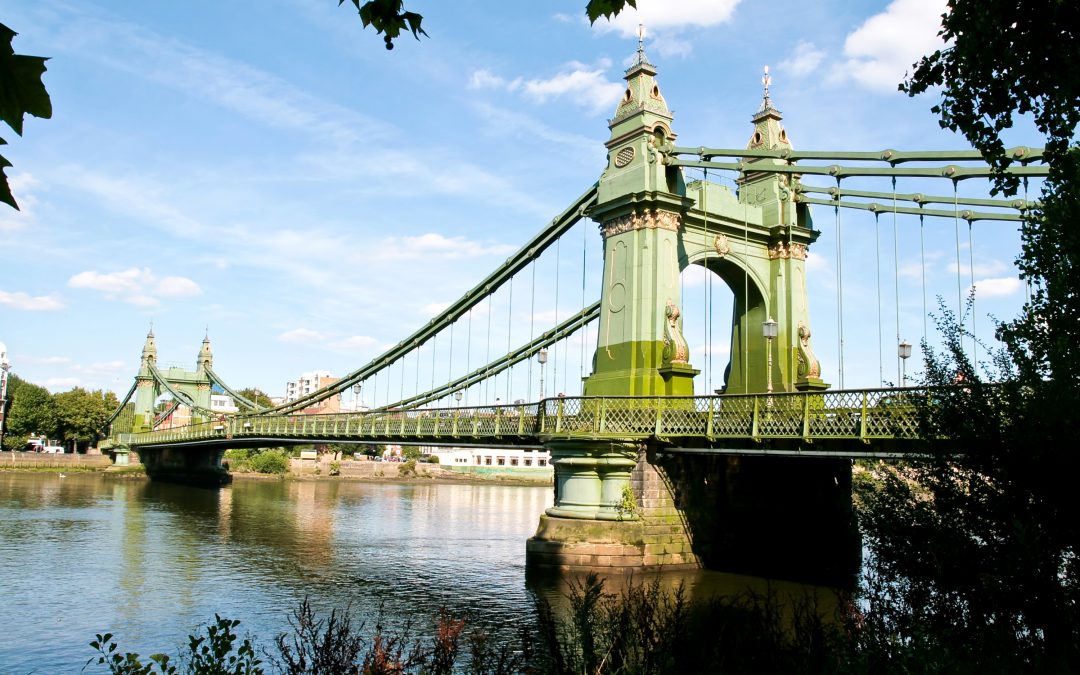 If you think you’ve been struggling through this week’s intense heatwave in London, spare a thought for Hammersmith Bridge, which has just been closed after the stifling heat caused cracks in its structure to worsen.

The 133-year-old bridge was closed to all users, including people walking and cycling and boats passing under it, from 5pm on Thursday after the hot weather caused a ‘sudden deterioration in key parts of the suspension structure’.

Despite contractors doing everything they could to keep it cool, including hosing it down with cold water, cracks in the Victorian bridge ‘significantly increased’ making it a risk to public safety.

Locals will already know that the bridge has been out of action to vehicles since last April due to similar safety concerns. Hammersmith & Fulham Council said it will remain closed until engineers examine the extent of the damage and are confident that it’s safe to reopen.

Designed and built by civil engineer Sir Joseph Bazalgette, the bridge is made of cast iron, which can shatter, and is probably the reason why it’s the only bridge of its kind in the country and one of only two in the world. Microfractures were first discovered in the bridge back in 2014, when ‘decades of unchecked corrosion [were found] riddled throughout.’ Three years of repairs are needed to get the handsome span back into shape again. However, attempts to secure funding from the government for the final stages of repair work have been unsuccessful.

Cllr Stephen Cowan, leader of the London Borough of Hammersmith & Fulham, said: ‘Safety is the number one priority. I’m absolutely sure that we averted a catastrophe by closing this nineteenth-century suspension bridge to motor vehicles last year.

‘[The] closure shows how much more work is required to get this beautiful bridge fully restored. And we’re – once again – calling on the government to fund the final phases of the restoration work.’

In other London news: an outdoor cinema is coming to Battersea Power Station.

And, the National Theatre has announced its socially distanced return in October.