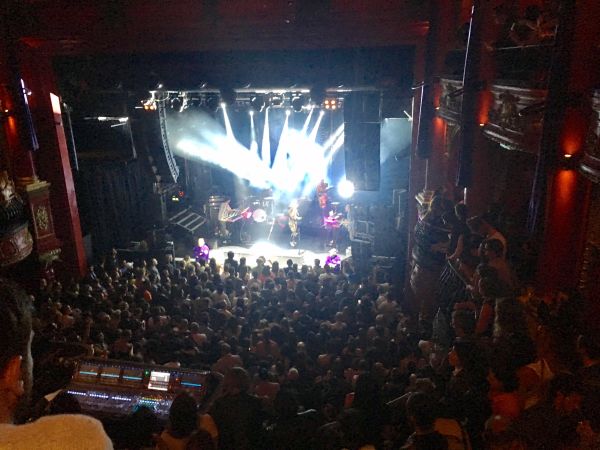 London’s old theatres are something to behold. It’s worth trying to see them just for a peak at the intricately painted balconies and ceilings that were so important when they were first built. Koko, now a music venue, was built in 1900 as a theatre, survived the Blitz and is a grade II listed building. These grand walls have seen a number of notable performances from Elton John to Madonna to the Rolling Stones.

Today, Koko hosts both gigs and club nights, drawing a crowd of excited fans on most evenings. The line-up is impressive in its diversity, offering a number of different genres and styles. Some of my personal favourite recent guests include Bomba Estereo, Gilles Peterson, Noname and Raye to name but a few. The club nights are also worth a try and promise as much variety as the gigs, from hip hop to indie to electronic. What’s more, there are plenty of nearby bars and pubs nearby to head to post performance so your night doesn’t have to end when the curtains come down.

The post Koko – Gigs and grandeur appeared first on Spotted by Locals London.