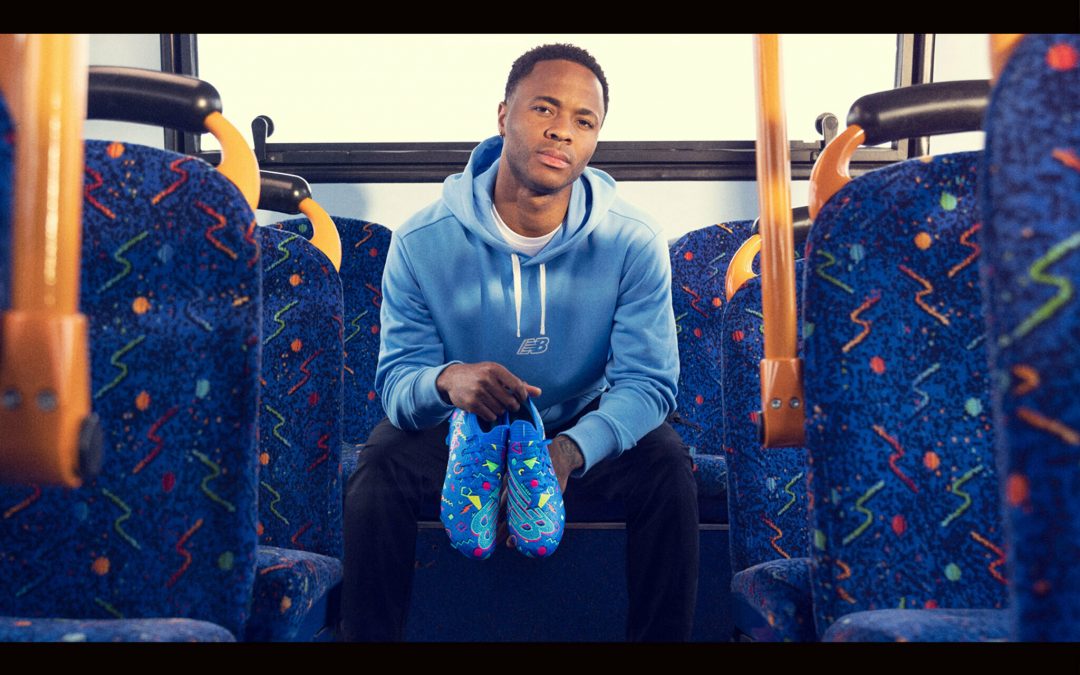 Transport for London is fast becoming one of English football’s most sought-after signings. First, north London club Arsenal collabed with TfL on that tasty little Piccadilly line training kit. Then there was the bus route named after Euros-winning west Londoner Chloe Kelly. And now, England and Chelsea forward Raheem Sterling has gone and released a pair of London bus-inspired football boots.

The Brent-raised footballer collaborated with his boot sponsor New Balance on the signature ‘Route to Success’ design, which features a pattern based on a fabric moquette found on London buses in the 1990s. The recently revived design is one that Sterling knows well from the countless hours he spent travelling across London with his older sister to attend training at QPR’s academy five times a week during his youth.

‘Three buses to get to training: 18, 182 and 140. I’ll never forget those numbers,’ the four-time Premier League winner tweeted about his journey. ‘No matter what, my big sister Lakima with me every single day. My latest boot is dedicated to her and all those moments we shared together.’

The 79-cap England star debuted the design in Chelsea’s 2-1 win over Crystal Palace on Saturday, and the Furon 7 boots are on sale now for £220. We’d suggest pairing them with some Elizabeth Line socks. Stunning.

Everything you need to know about October’s London train and Overground strikes.

Tube cleaners and other low-paid workers will get free travel on TfL.