Sardines in Lisbon – A Brief History and Where to Buy Them 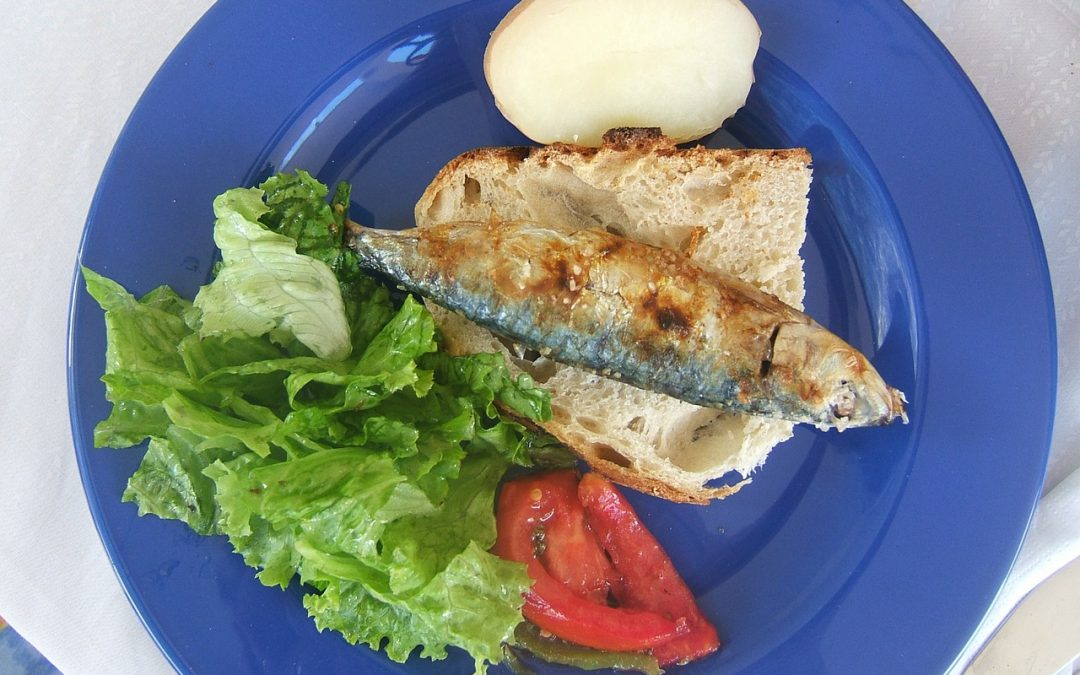 Probably the only city in the world in which a type of fish is considered a national icon, the history and culture of the Lisbon sardine is a topic of mounting interest. As well as being a culinary staple, these silvery sea creatures have also found their way into art, music and the suitcases of tourists on their departure from the country. So why exactly is the sardine so omnipresent and revered, and where exactly is the best place to try them, or take them home as one of your Lisbon souvenirs?

History of the sardine in Lisbon

Discovered in abundance along the coast by the Romans, who first settled in Lisbon in 19 BC, this oily fish quickly became a delicious staple of the Atlantic diet. A healthy source of protein and minerals, it is not surprising that centuries later the Portuguese still enjoy sardines in a variety of forms.

When you arrive in the city, the most striking feature of many of the Lisbon souvenir shops are the rows upon rows of canned sardines. There are even some shops just dedicated to this! So how did this come about? The canned fish industry originally began in France, in 1824 in the city of Nantes.

However, the practise moved to Portugal around 30 years later since the quantity and quality of sardines was much higher and the industry was motivated by the country’s long coastline and historical fishing practises. Due to a shortage in France, until the end of the 19th century the attention of the French canned sardine business was focused on Portugal, and by 1912, Portugal was the leading global exporter of canned fish.

The peak was reached in 1925, with over 400 canneries operating across the country; World War I having created a huge need for pre-packaged, easily transportable foods.

Despite a dip in the 70s and 80s (due to the fish falling out of fashion), causing many factories to go out of business, the industry has had a revival in the past 10 years. Although there are only some 20 canneries active today, the amount of exported fish remains equal to the glory days of the tinned sardine, thanks to innovations in technology, as well as a boost in tourism to the capital.

These days, the low price and convenience of this delight has cemented the canned sardine’s central role in the Portuguese diet. The tins are now sold in gorgeous retro and vintage-style packaging, making them the most eye-catching and irresistible of all the Lisbon souvenirs!

So, where to find the best Lisbon sardines?

This remarkable restaurant on Lisbon’s Praça do Comércio, an iconic square looking onto the river, is now famous for turning canned food from basic and uninspiring into a gourmet treat. The unique space has a vintage décor, and the gastronomic theme is evoked up until the last detail, with the most eye-catching being the spectacular chandelier made entirely from empty sardine tins.

The chefs are proud to bring this simple staple of the Portuguese diet into the limelight and allow visitors to experience its delicacy and diversity. Serving brunch, lunch and dinner, this is not to be missed for anyone wishing to sample the best of canned fish.

If you’re looking for the perfect gift for friends and family, or just a memento of your time in the city, look no further than A Vida Portuguesa. Dubbed “the most beautiful shop in town” by Time Out Lisbon, the flagship store is located in a former tile factory in the hip Intendente neighbourhood.

Everything is made in Portugal and showcases the best the country has to offer, from soaps to ceramics, books to kitchenware. The shops all have an extensive food selection and of course a large variety of tinned sardines, each can in packaging more charming than the last.

There is indubitably one perfect time to eat sardines in Lisbon and that is the month of June. The sixth month of every year is when the capital city goes into full party mode, celebrating Lisbon’s patron saint: Saint Antony. The festival consists of street parties that take place in every neighbourhood on weekends throughout June, where you’ll find Portuguese pop music, realms of banners and streamers and, most importantly, hundreds of grills serving juicy, fresh sardines.

But what does a Saint have to do with sardines? Legend tells that during one of Saint Antony’s holy expeditions he faced some difficulty in converting the people and so decided to practise his sermon by preaching to fish; sardines, to be specific. Apparently, the fish all paused to listen to him, which he interpreted as a sign from God to continue in his pursuit.

Every year, the city of Lisbon throws a party in his honour that begins on the evening of the 12th of June and goes on until the early hours of the 13th: the day of Saint Antony’s death. June also marks the beginning of “sardine season” and is the perfect time to enjoy a sardine the way God intended: chargrilled and served whole on a thick slice of bread!

If you’re not convinced by the taste of the sardine, you can still enjoy them without actually eating them. Every year, the City Hall holds a competition for national and international artists in which they must create an original design for a sardine template, and the winning designs are then displayed all over the city. Additionally, the most traditional Portuguese music of fado (find out more here) is rife with mentions of the fish, proving to an even greater extent how embedded in the culture and beloved by the people is the humble sardine.

A delicious example of the great seafood Lisbon has to offer, a unique and charming gift and an icon of Portuguese music and art, the sardine is a part of the cultural heritage that no visitor should miss!

The post Sardines in Lisbon – A Brief History and Where to Buy Them appeared first on Eating Europe.