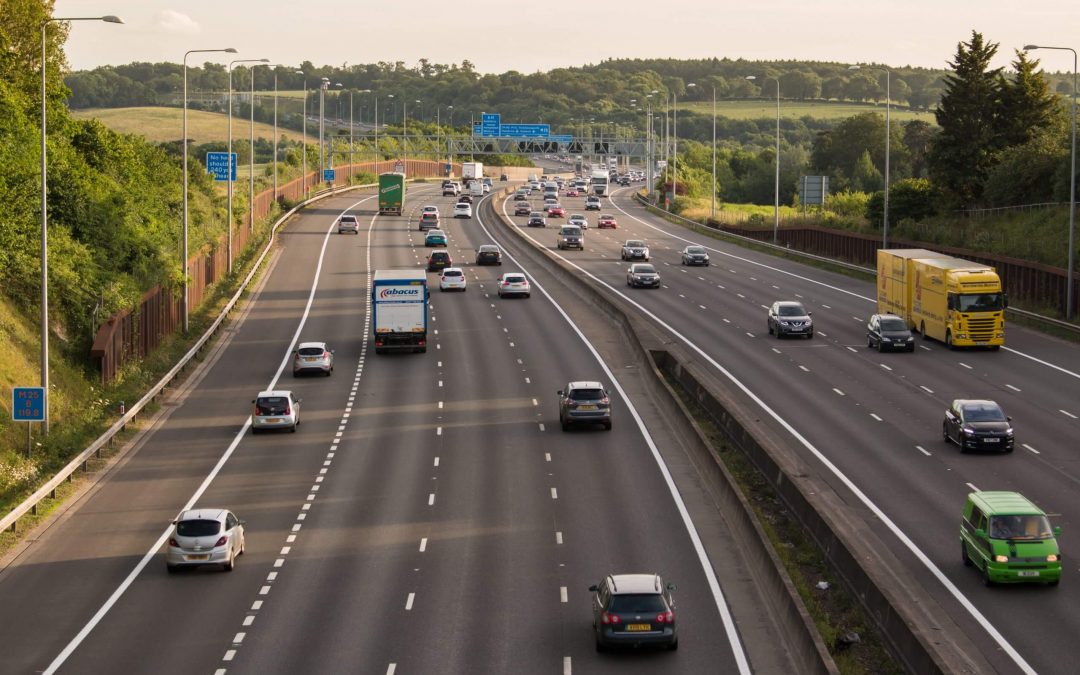 Sometimes referred to as “The World’s Biggest Carpark” by Londoners, the M25 is a major ring road that encircles the capital city of the United Kingdom.  It was part of the plan for London after World War II to ease traffic congestion and now forms a de facto border for Greater London.  You might not think that there are many interesting things to learn about a really long stretch of roadway, but that’s where you would be wrong.  Since its opening in 1975, the M25 has amassed quite a lot of worthwhile knowledge, and we’re going to share ten fascinating facts about London’s biggest road with you.

The M25 was first proposed in the Greater London Plan in 1944.  The original plan foresaw a series of ring roads to alleviate traffic, but of the four proposed in the 1960s, only three of them were constructed:  the London Inner Ring Road, the North and South Circular Roads, and the M25.  Work began on the M25 in 1973 and wasn’t completed until 1986, even though parts of it opened in 1975.

At 11:16 AM on October 29, 1986, not hours after Prime Minister Margaret Thatcher opened the M25, the road experienced its first breakdown.  It would not be the last.

The Road to Hell

Over its long history, the M25 has proven to be pretty frustrating for London motorists.  The road was constructed to handle 100,000 vehicles a day, but sees twice that many now.  Needless to say, the M25 certainly sees its share of traffic jams.  Arguably the first major jam occurred on August 17, 1988 and stretched for 22 miles between Junction 9 and Junction 8.  The longest M25 traffic jam that I could find took place in July 2011 and stretched for 49 miles.  Chris Rea wrote the 1989 song “The Road to Hell” based on the M25 and the music video includes plenty of shots of the motorway.

The M25 not only inspired the song “The Road to Hell” but on a lighter note, also gave its name to the Electronic Dance Music duo Orbital.

When the M25 first opened, it didn’t have a speed limit.  That’s not the case today, however, where the limit is a strict 50 mph.

You’re Not Part of the Motorway

The M25 stretches for 117 miles, which makes it the second-longest bypass in Europe behind the Berliner Ring in Germany.  Interestingly enough, while it certainly looks like a complete ring on the map, the Dartford Crossing is actually designated as the A282.  Overall, the M25 passes through six counties including Surrey, Berkshire, Buckinghamshire, Hertfordshire, Essex, and Kent.

Not the Longest in the UK Either

While 117 miles might seem pretty long, the longest Motorway is actually the M6 at 236 miles.  The longest roadway in the UK is the A1 which goes for 396 miles from Central London to Central Edinburgh.

Call Before You Dig

As with any construction project in London and much of England, construction on the M25 uncovered quite a bit of Britain’s archaeological history.  Excavations for the motorway uncovered at least two Bronze Age settlements, a 9,000-year-old Stone Age settlement, and over 200 Saxon graves at a burial site in Kent.

But Don’t Dig Too Far, See?

Fancy a Game of Cricket?

The M25 is the only motorway that actually has a cricket pitch on it.  Well, technically, the pitch is *over* the motorway.  The Bell Common Tunnel between Junctions 26 and 27 has the Wensley House that sits over it with a cricket pitch adjacent.