The 9 best restaurants for vegetarians in Lisbon 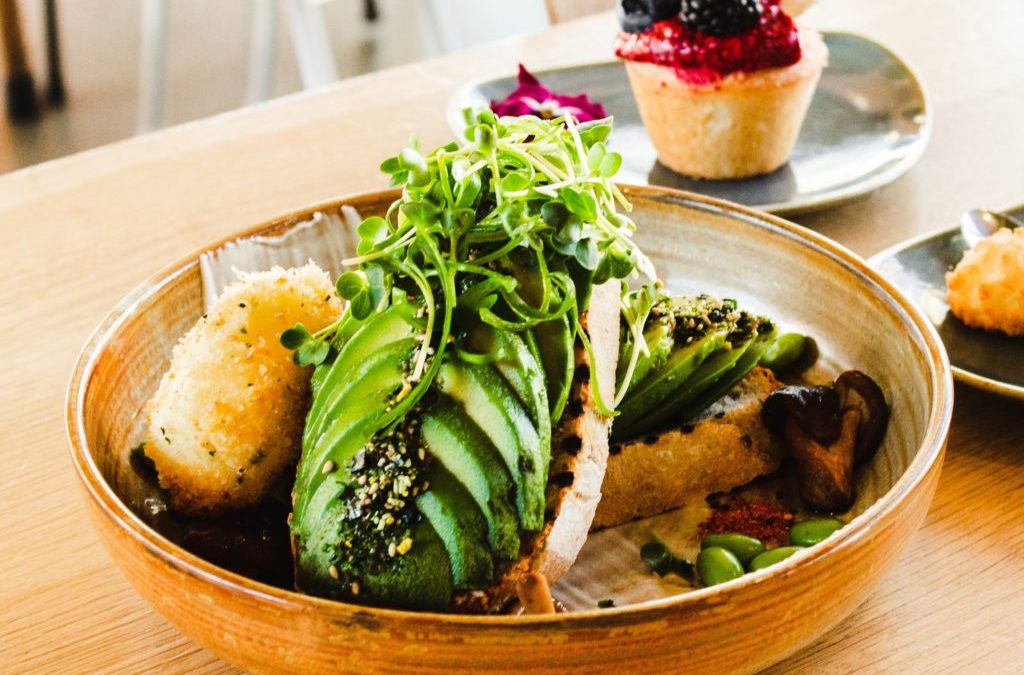 The south of Europe is a famously difficult travel destination for vegetarians and vegans. Traditional food with a huge emphasis on meat, fish and cheese makes finding a restaurant that offers alternatives pretty tricky, and Portugal is no exception. Lisbon is home to some of the best seafood restaurants in the country, and pork is one of the top foods to try when you visit the city.

However, globalisation and a more environmentally conscious mindset are allowing for the appearance of more and more vegetarian and vegan friendly choices. The city’s food culture is developing to include innovative new culinary concepts, often influenced by international cuisine and frequently spearheaded by some of Portugal’s best chefs. To help you out, we have prepared an extensive guide to Lisbon’s best vegan and vegetarian restaurants.

A must-visit during the warmer months, this tiny vegan restaurant is situated in a peaceful little square in Mouraria, one of the city’s oldest neighbourhoods. Most of the outdoor seating consists of cushions spread across outside steps, making it the perfect spot for a casual summer dinner.

Inside, there is one communal table and Canadian/Chinese chef Alice Ming changes the menu daily. We recommend one of the scrumptious vegan desserts accompanied by a tea from their extensive list of infusions.

A play on words on the Hindu “Gana Pati”, another word for Ganesh (the god symbolising the supreme connection with nature) at Veganapati, chef Ricardo Salsa serves mouth-watering Indian influenced vegan food.

The menu comprises sandwiches, salads and a daily lunchtime special, as well as juices and cocktails. Our favourite is the “Frankie”, an immense wrap full of spicy potato and vegetables – so big it doesn’t even fit on the plate!

Challenging the perception of vegan food being only super-healthy, Vegan Junkies operates with the slogan “salad days are gone”. Situated close to Marquês do Pombal, the place has a laid-back, local vibe. The menu, inspired by the songs of hip-hop legends, includes burgers, bagels and “wings” as well as some truly devilish cocktails and craft beer brewed just around the corner from the restaurant.

When it comes to vegetarian Lisbon, Jardim dos Sentidos is a bit of a household name. Best known for it’s beautiful secret garden, veggies flock to this spot in Principe Real for the impressive lunchtime buffet. Chef Anita Cunha employs Ayudervic influences in the food, and there is even a wellness centre where visitors can have treatments including massages and zen experiences.

If you want to sample traditional Portuguese food but don’t want to touch meat or cheese, Ao 26 is one of the best vegan restaurants Lisbon has to offer.

Although the menu is updated every day, their specialities include veganised versions of Portuguese classics, such as a bifana made with seitan, as well as vegan sandwiches made with typical Madieran bolo de caco bread. A cool, cosy spot in the Chiado neighbourhood, this is definitely a favourite.

Inspired by his daughter who became a vegan at 5 years old, Brazilian chef Leonardo Telles Lattari decided to take on the challenge of reinventing a Japanese classic and opened a vegan sushi restaurant.

Interestingly, despite the removal of raw fish, the menu is impressively diverse: the sushi chef has over 40 ingredients at his disposal, including 7 different types of mushroom and a selection of delicious vegan sauces. Légumi Sushi is located a few feet from the Nossa Senhora do Monte viewpoint in Graça and is open for both lunch and dinner.

Like the name suggests, this vegan, organic café is the project of a mother: Maria José Vasconcelos, and her three daughters: Cristina, Inês and Magdalena. However, the name also refers to Mother Nature, with a menu that changes every three months to respect the cycle of the seasons.

This gorgeous spot embodies sustainability on many levels: from the daily option of the “zero-waste bowl”, made from the ingredients left over from the day before, to the décor of the place: the doors and tables are made from sustainable wood, the tiles on the bar are upcycled and the cutlery and crockery were all made by national artists.

Opened by João Manzarra, a TV presenter who radically altered his lifestyle after watching a documentary about the meat industry, the name of this Lisbon vegan restaurant translates to “The Old Butcher” – and that’s exactly what it used to be!

These days, however, the space is unrecognisable: downstairs a multi-brand shop selling sustainable and eco-friendly products, and upstairs a vegan café, where chef Felipe Ruas serves a different lunch menu every day and at weekends whips up a delicious vegan brunch.

Although not a vegan himself, Henrique Costa Pereira’s wife and two children are, which is what led the man behind this restaurant to create it. The Green Affair is the type of place you go to even if you’re not a vegan, with a cool cocktail list, worldly food and craft beers. The food is innovative and delicious, and they even make their own seitan according to a secret recipe! The patio out front is the perfect place to sit, watch the world go by and have a fabulous meal.

Vegetarians and vegans planning a trip to Lisbon, don’t fear! You don’t need to just survive on wine (although the city is home to some amazing wines and wine bars. The city’s thriving gastronomic scene allows for restaurants showcasing both local and international food. We hope our list of the best Lisbon restaurants for meat-free travellers has you convinced that this city really does have something for everyone!

The post The 9 best restaurants for vegetarians in Lisbon appeared first on Eating Europe.