The best early-bird deals in London restaurants and bars 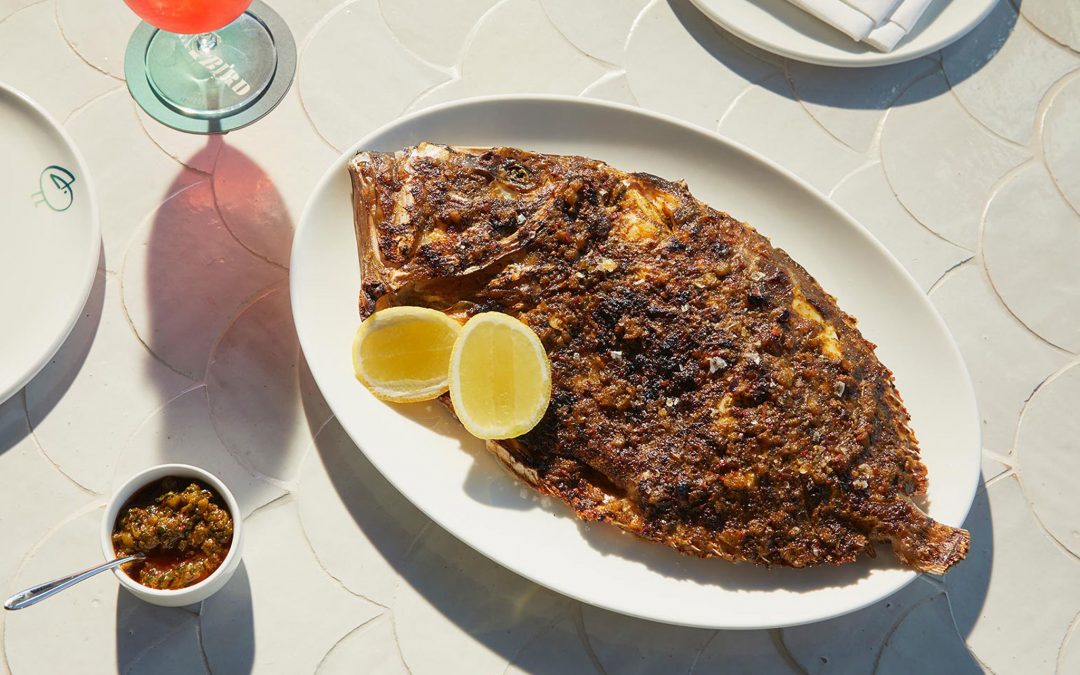 It’s almost a week since the government’s 10pm closing time on England’s restaurants, bars and hospitality venues came into effect. But it hasn’t taken very long for some of London’s most ingenious joints to come up with a solution. These top restaurants and watering holes have adjusted their opening hours and made their early tables all the more appetising with discounts and deals. Not only will you be supporting the capital’s struggling hospitality sector when you head along for an afternoon feast or cocktail fest, but you can also get plenty of beauty sleep afterwards. So go on: make like grandma, and check out these unmissable early-bird offers.

Orasay
Forget happy hour and say hello to ‘happy oyster time’. Currently, Jackson Boxer’s west London restaurant is serving £1 oysters from 5pm to 7pm every evening. There is an R in the month, after all.

Three Sheets
Pick up two cocktails for £15 before 6pm at Dalston hotspot Three Sheets, which is now opening its doors from 3pm to beat the curfew. We can’t promise you won’t have a hangover from the earlier bedtime, but here’s hoping!

Kricket
Enjoy 20 percent off food and soft drinks between 5pm and 6pm at all three sites of Kricket’s cute restaurants (Soho, White City and Brixton). Indian small plates start from £6, so you can have a purse-friendly dinner at a bed-friendly hour.

Nopi
You know what will cheer you up? An Ottolenghi feast. Luckily, the mega-chef’s dishes taste great at any time of day – but especially during early evening service (5.30pm to 6.30pm) on Monday to Friday, when an abundant sharing menu will cost just £25 per person.

Top Cuvée
The Highbury bistro keeps coming up with the goods during this pandemic. Book a table for before 6pm and you’ll get 25 percent off your food bill – which could come in handy on its new seven-course menu for two.

Camino
Camino is saying ‘balls to the curfew’ with its special new deal. Spend £15 on food and drink between 2.30pm and 6.30pm and it’ll chuck in a free plate of ‘curfew croquetas’. Have the jamón or salt cod version of the classic Spanish tapas, or pick a complimentary plate of jamón serrano or pan con tomate instead. It’s on offer across the King’s Cross, Bankside, Shoreditch and Monument branches.

Applebee’s Fish
Bag a Borough Market table between 5pm and 6pm, order in a mixed seafood platter and you’ll be rewarded with a bottle of prosecco on the house. Applebee’s is offering to ‘pop the curfew’ throughout October.

Wild Honey St James
Go for a stylish central London supper. That’s what’s on offer at the reboot of Wild Honey, where £20 will get you a plat du jour and a small carafe of wine when ordered from 8.45pm. That gives you just over an hour to devour a breast of lamb or similar. Challenge: accepted.

Daffodil Mulligan
You have an hour-and-a-half window to maximise on this absolute steal on the edge of The City. Richard Corrigan’s Beat the Curfew set menu affords punters three courses and a cocktail for £20 – but it’s only redeemable for bookings from 5pm to 6.30pm. Go, go, go!

Caractère
At the west London restaurant from Emily Roux (yes, Michel Roux Jr’s offspring) and husband, find a special on a splash-out-worthy lunch: starter, main and dessert or cheese will set you back £39, or £50 with wine, should you wish to start drinking early – either way, you’ll be ending early.

Love a bargain? Find London restaurants extending their Eat Out to Help Out offers.