Things you only know if you’re a Big Issue seller 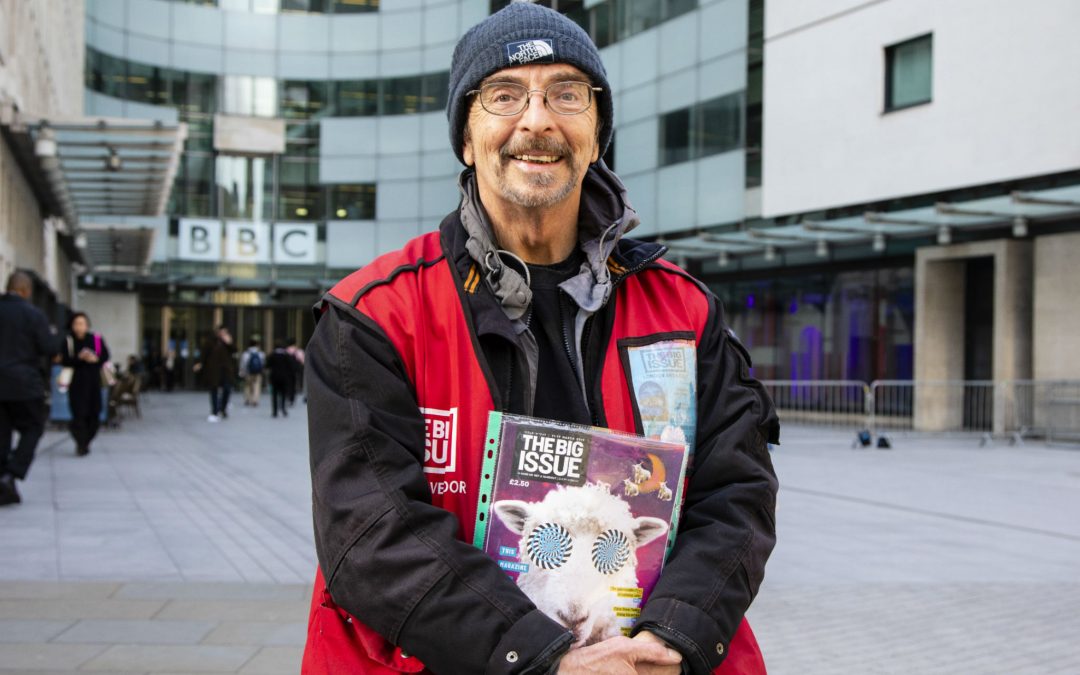 …according to George Anderson.

Selling the Big Issue can get you a pretty decent income

‘We buy magazines for £1.25 each and sell them to the public for £2.50. About 80 percent of my income comes from selling the Big Issue, with the remaining 20 percent from my editing and proofreading business. I’m formally registered as self-employed and I don’t get housing benefit or Jobseeker’s Allowance.’

It helps to make some noise

‘I very seldom shout “Big Issue!” – but if you’re selling on Oxford Street, you can’t just stand there and say nothing. The person who sells best there is the guy outside John Lewis who shouts “Anybody going to buy one?” But not everybody has that showmanship. You have to find the right way of expressing yourself given the pitch you’re standing on.’

‘I’ve tried sleeping rough. Initially, I sold the magazine outside a Pret, where they would supply me with coffee. I wandered about at night, trying to sleep a little during the day in a library or something. Then, at Charing Cross police station, they told me about a backpackers’ hostel. There were 20 people in the room and mice running about, but it was £7 a night for a roof over my head. It gave me some semblance of a normal life.’

Having a chat can be as important as earning a crust

‘When I first started selling, I struggled to say, “Big Issue?” But now I like being out meeting and engaging with people. It reminds me of working in a bar, when you have regulars who you have little chats and banter with. It’s an easy way to avoid feeling isolated.’