What To Do In September: Best Holiday Destinations & Events In The UK 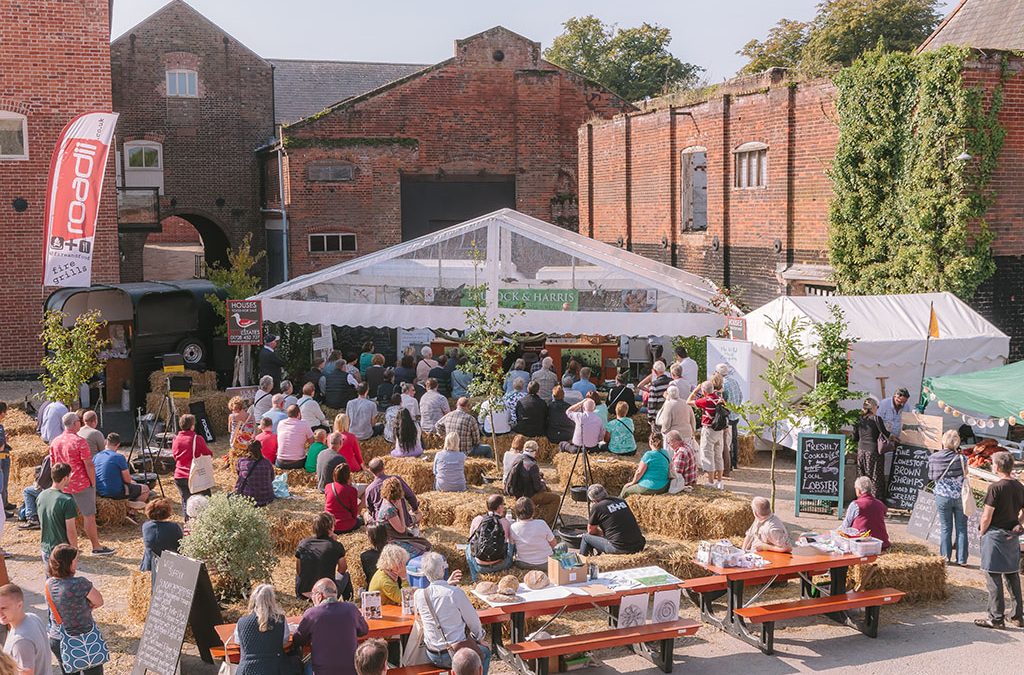 The blackberries are ripening, the leaves are changing and the smell of bonfires is in the air; it can only mean one thing… autumn is coming! What better way to celebrate the start of the season of mellow fruitfulness than with a September event. The UK is overflowing with fantastic autumn events just ripe for the picking, and we’ve got 10 that are sure to keep you feeling cosy as the weather cools.

Where To Travel In September For Top UK Events

Whether you’re looking for a city centre apartment for the Edinburgh Mela or a family-sized farmhouse in Moray, you’re in the right place. Holiday Lettings has hundreds of rentals to choose from so you can really make the most of your stay near these September events. All you need to do is choose where you want to go!

The Edinburgh Mela is one of Scotland’s largest, and most diverse, community festivals. Held over a fun packed weekend, the festival boasts a packed programme of music and dance. Incorporating local and international acts, this inclusive festival represents a wealth of countries and continents, from India to Africa, to China and the Arab nations. The festival strives to improve the level of artistic contributions from black and minority ethnic artists, creating an inclusive environment based on the rich cultural heritage within reach. And as Edinburgh is brimming with fantastic things to see and do, the Mela is definitely worth booking a holiday for.

Book a city stay in Edinburgh this September 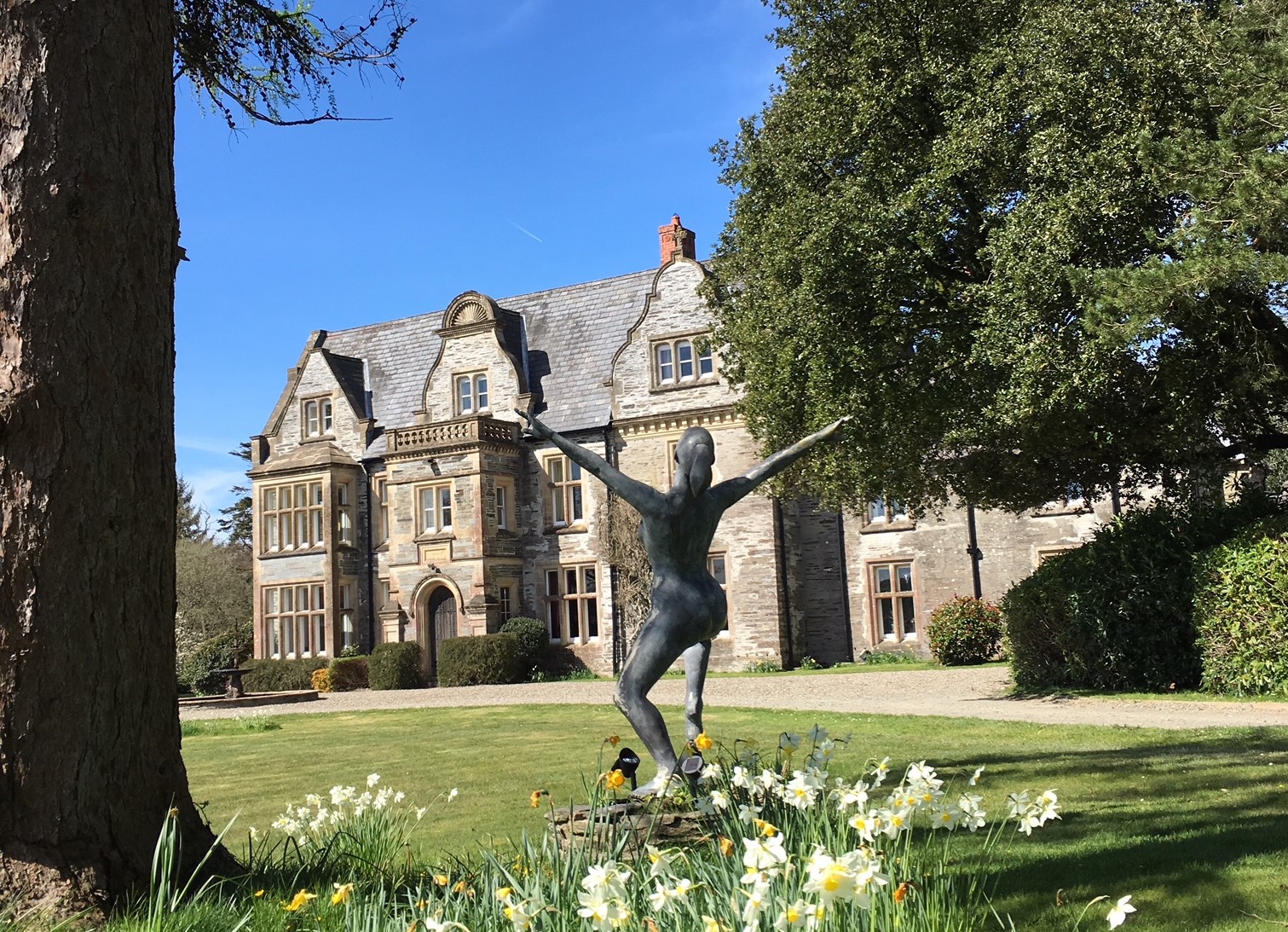 The Penfro Book Festival is held in the beautiful setting of Rhosygilwen in Wales, in 60 acres of stunning countryside. Owen Sheers, Rowan Williams, Carol Ann Duffy and Deborah Moggach (Marigold Hotel) are among authors who have featured at the festival in recent years. There are also writing workshops, talks and live performances. This year’s guests include broadcaster, Roy Noble, and storyteller, Peter Chand. So, if you’re a budding writer or just have a love of books, why not book a rental nearby and make the most of this brilliantly bookish event?

Pick a place in Pembrokeshire 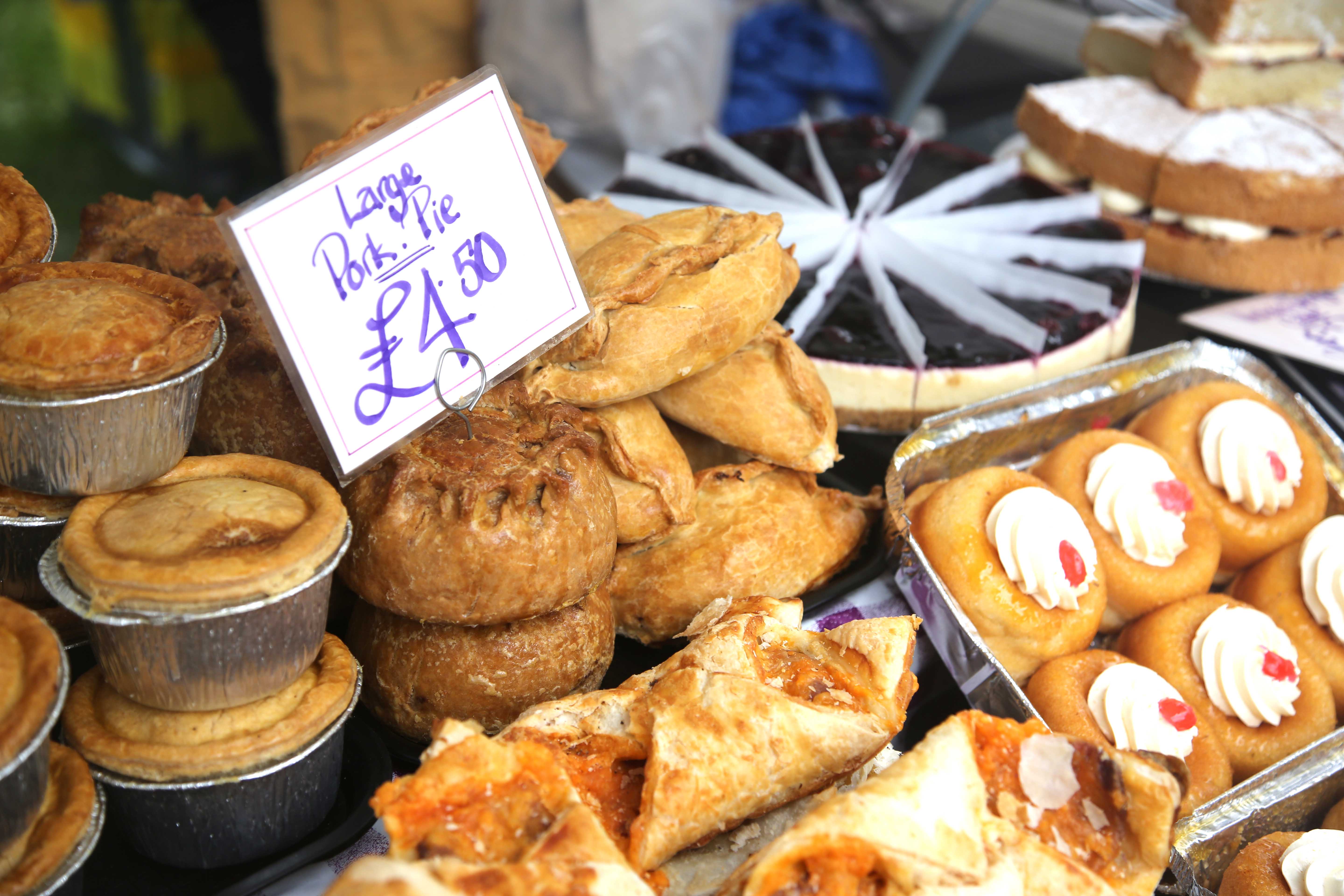 The little sister of the Barnes Fair, this long standing community event now in its 44th year. The fair takes place in and around a large marquee on the picturesque Barnes Green in London. Exhibitors in the main marquee sell a wide selection of delicious, unusual, organic and innovative products to taste and take home, and this year, stalls include award-winning cheese specialists Paxton & Whitfield, and the delectable Rococo Chocolates. Outside the marquee, you’ll find street food from Colombia, India, Thailand and the USA. Drinks include beer from local Barnes brewery, Jeffersons, and a Cocktail Tent from Orange Pekoe, Barnes’ specialist tea shop. Enjoy your refreshments whilst listening to music from local bands.

See all stays in southwest London 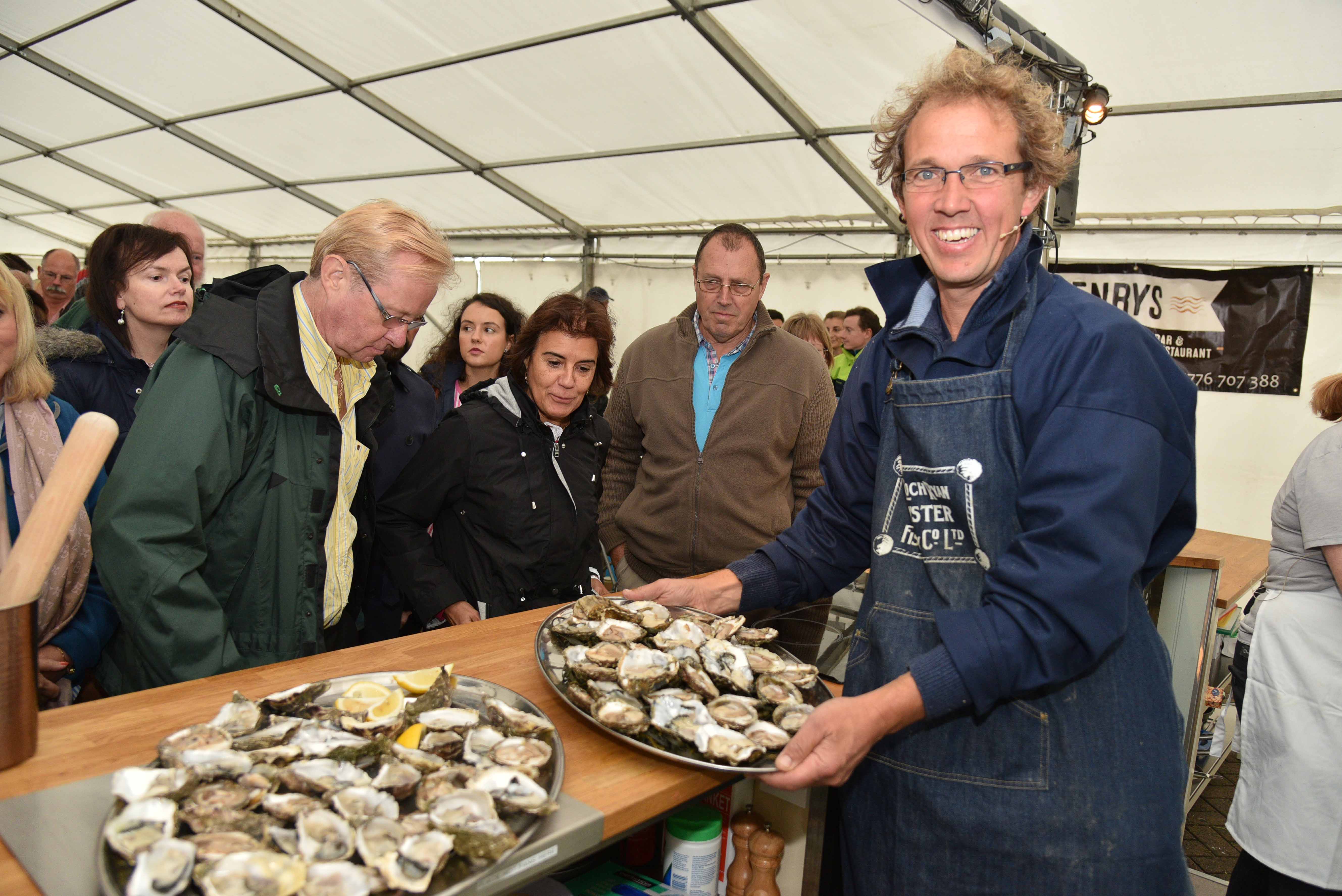 Marking the start of the native oyster harvesting season, this family-friendly festival in the pretty town of Stranraer, southwest Scotland, brings together top chefs, inspiring speakers, amazing entertainers and some of the world’s leading oyster experts. The seafood celebration on the shores of Loch Ryan is also home to the Scottish Oyster Shucking Championship. Plus, there’ll be demonstrations by Nick Nairn, a seafood street food marquee, children’s entertainment, a champagne and oyster bar, local gin, local oysters and much, much more! Book a stay nearby to enjoy this unique festival to the full.

Dine on oysters at a rental in Stranraer 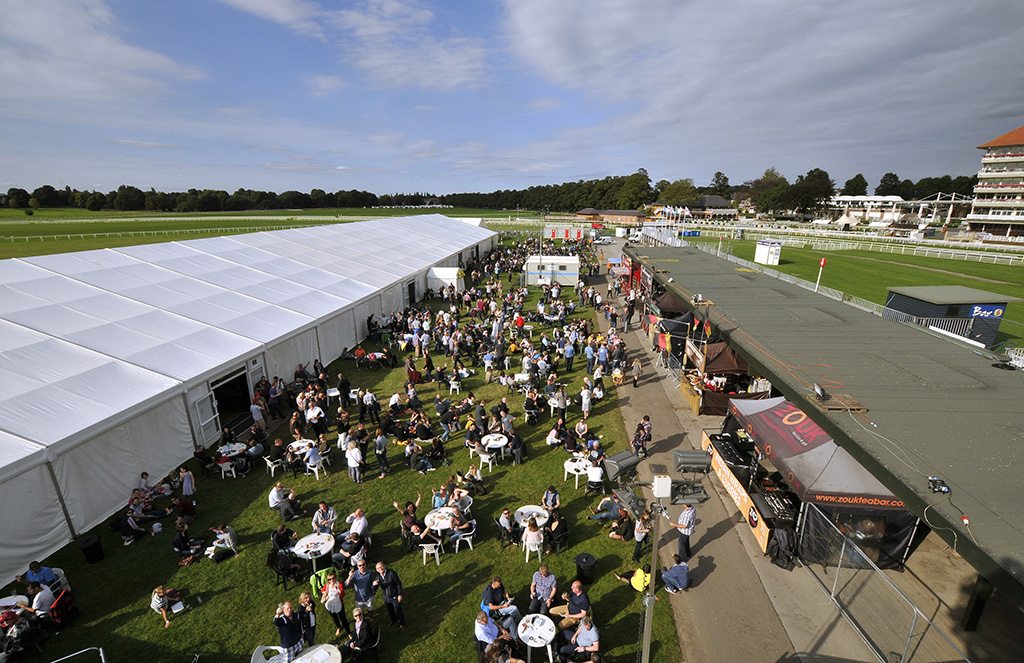 Head to the historic city of York this September to see in the autumn in style at Yorkshire’s biggest beer festival. It’s one of the highlights of the annual UK beer festival calendar! Celebrating its 10th anniversary, the festival takes place on York Knavesmire: 150 acres of tree-lined parkland which has hosted events since Roman times. It features Europe’s longest bar serving over 500 beers from UK breweries and 100 ciders, as well as a foreign beer bar, world wines, a food village, live music stage and massive outside beer garden.

Look for a beer festival break in York 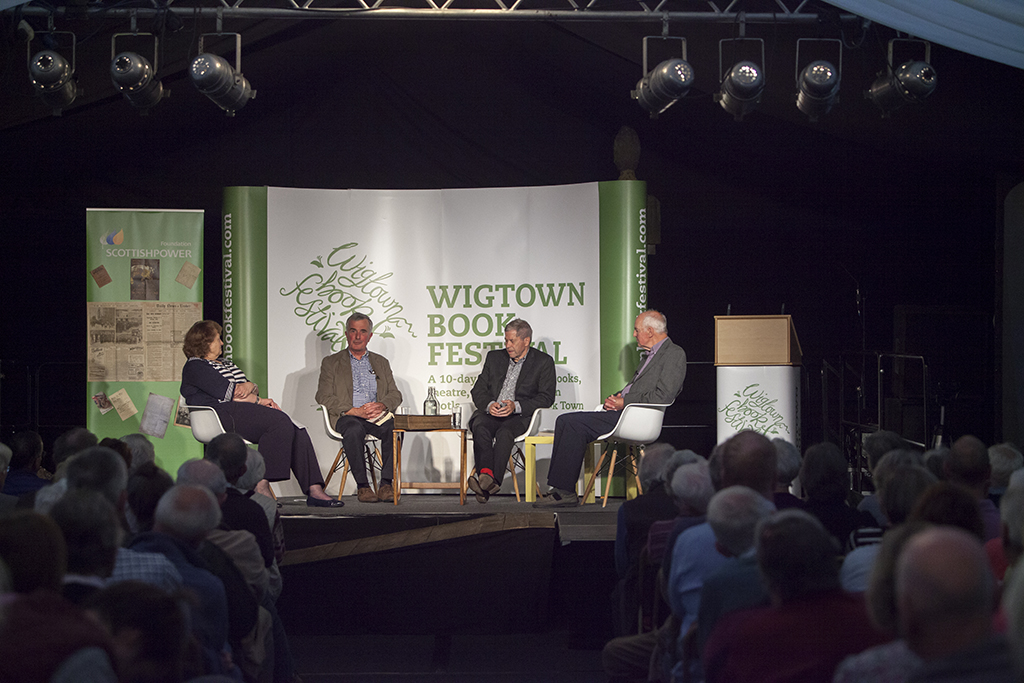 The 20th annual Wigtown Book Festival takes place in one of Scotland’s most beautiful scenic areas with the Central Belt and Ayrshire to the north, Cumbria and the Lake District to the south, and the Scottish Borders and Northumberland to the east. The rugged coastline, wild woodlands and majestic mountains are sure to inspire writers. There will be a host of special guests including crime writer Ann Cleeves, comedians Susan Calman and Robin Ince, and TV personality Clare Balding. The festival also features theatre, film and a whole programme of activities for children and young people. Described as a jewel in the crown of literary festivals, it’s among the friendliest events of its kind.

Stay for a week or two in Wigtownshire 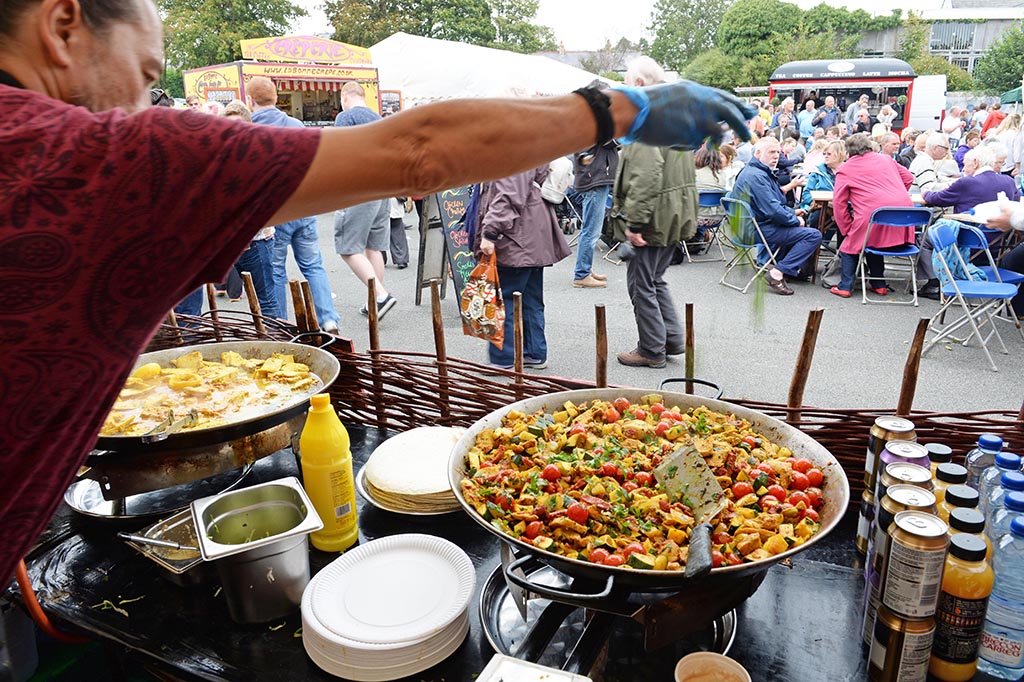 Narberth Food Festival celebrates its 20th anniversary in 2018, welcoming foodies, families and fun-lovers alike. Over 50 stalls will feature Pembrokeshire and Welsh producers selling their tasty treats and delicious local fare. Plus, there’ll be chef demos, masterclasses on preserving fish, fermentation, foraging, and gin and whisky tasting. Add live music, street entertainment and children’s activities into the mix and you’ve got the perfect recipe for a fabulous food festival.

Pick a place in Pembrokeshire 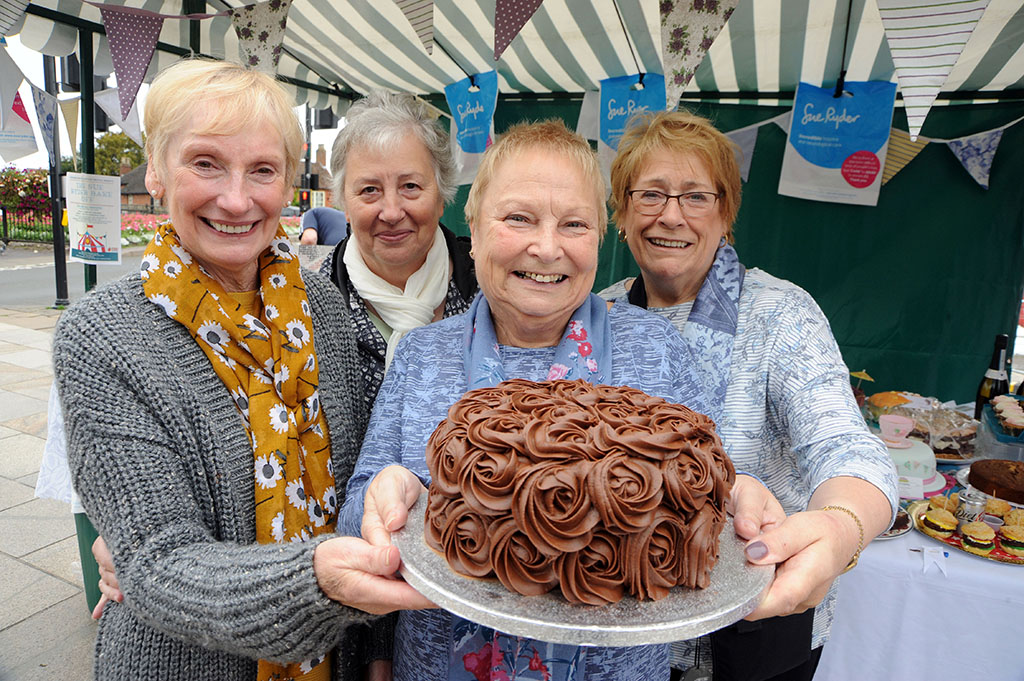 The Stratford Town Centre Food Festival showcases the thriving food and drink scene in Shakespeare’s hometown. Each year, thousands of people descend for a weekend of food and fun organised by Stratforward BID, and backed by town centre businesses including festival sponsor Loxleys. The weekend includes a packed programme of free demonstrations and hands-on workshops, while a bustling producers market sprawling through the streets brings over 100 regional food and drink stalls. Visitors can also take part in the popular Food and Ale Trails that lead them through the town and include samples at a range of restaurants, cafes and pubs. 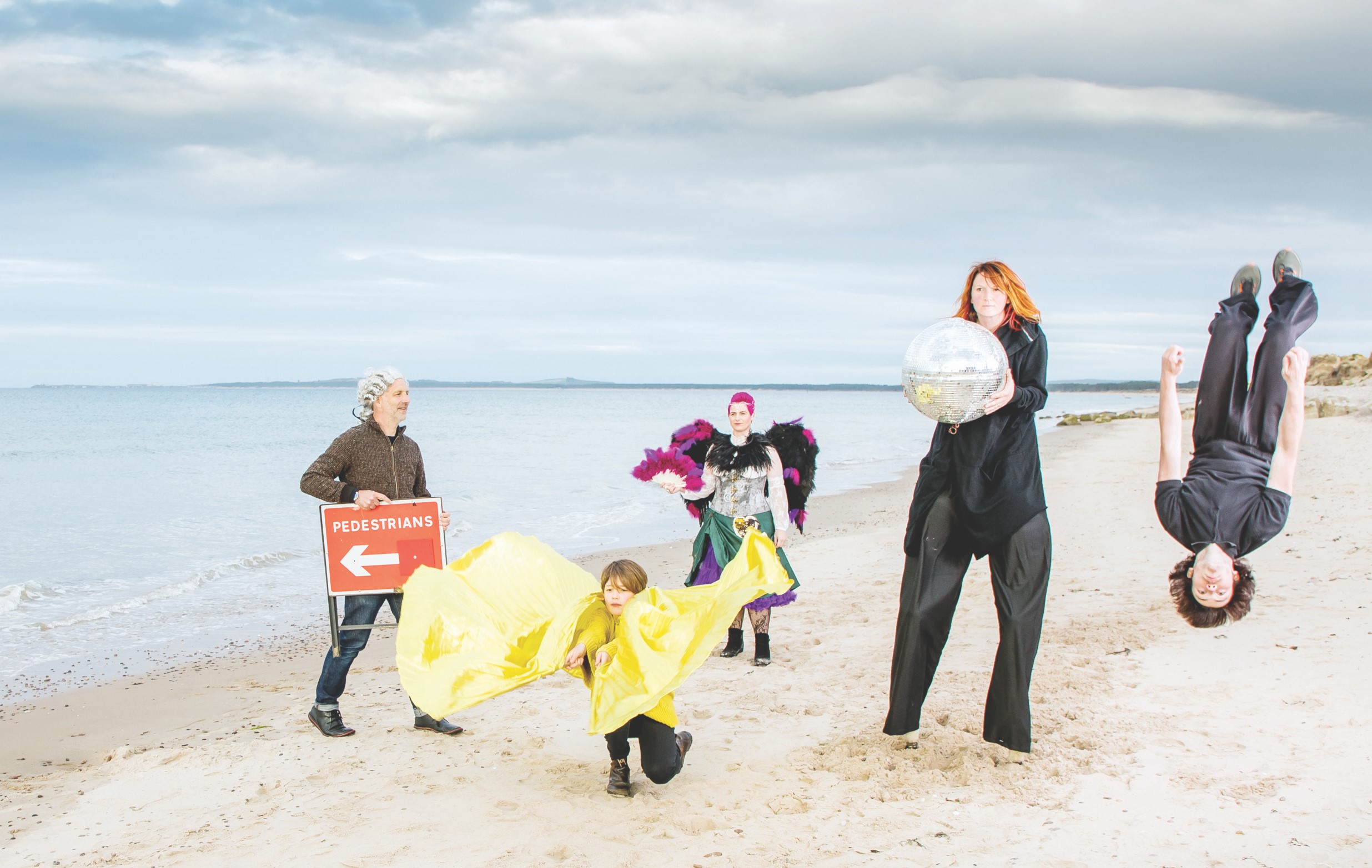 The 3rd Findhorn Bay Festival is a spectacular six-day celebration of arts and culture taking place in the heart of Moray. Showcasing artists of national and international renown, performances and events take place in unexpected spaces and scenic locations. The Festival has something for everyone with a vibrant mix of theatre and performance, exhibitions and live music, fine-art and photography, talks and tours. Book a beautiful private rental nearby to make the most of your stay in Moray this autumn.

Book a break in Moray 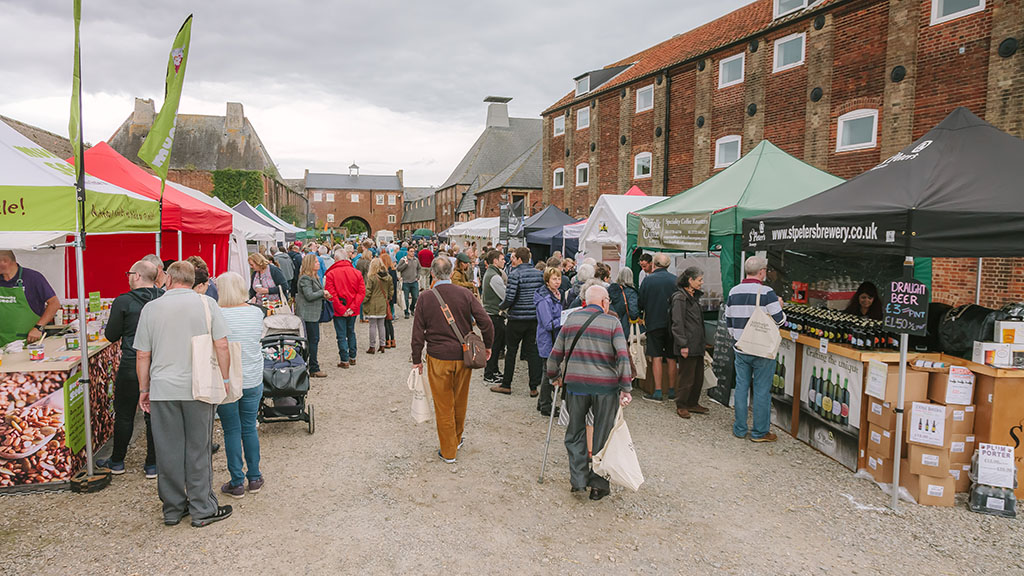 The Aldeburgh Food and Drink Festival at Snape Maltings is the place to be for foodies this September. With more than 100 fine food and drink companies and a select group of newcomers, all offering the best of local produce, there’s plenty to tempt the taste buds. An impressive line-up of guest chefs and culinary pros will be ready to share their knowledge and skills. Then there’s live music, the family meadow, foraging trails, hands-on cooking for kids and an amazing range of specialities in the food courtyard.

Find a foodie-friendly holiday in Aldeburgh

The post What To Do In September: Best Holiday Destinations & Events In The UK appeared first on Holiday Lettings Blog.