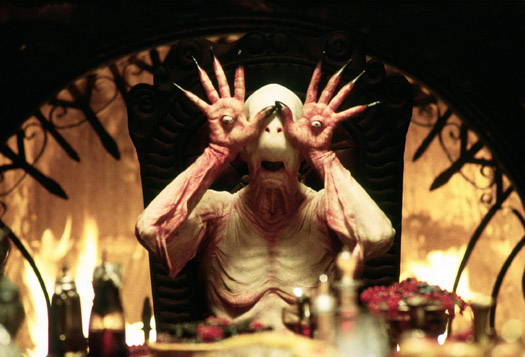 FrightFest, London’s legendary horror festival, celebrates its twentieth birthday next week. Featuring over 70 films and 150 guests – including horror maestro Dario Argento – there’s everything from creature features to serial killer comedies. To mark the occasion, we asked one of its founders, Alan Jones, to pick his personal favourites.

‘A man goes looking for a blind date, and he makes a connection with a girl he thinks will be the one, and as we all know, it isn’t. I will never forget the scene where the bag suddenly jumps. You could feel the audience go completely cold.’

‘We saw this adaptation of Stieg Larsson’s novel before the whole Nordic noir trend kicked off. People kept telling us this was more of a thriller than a horror, but we know the FrightFest crowd. It’s a brilliant film to watch with an audience. I was gripped from the start, and I wasn’t familiar with the books, so it felt fresh too.’

‘I’m still surprised this adaptation of Jack Ketchum’s novel only received a 15 certificate. It’s a girl-locked-in-a-basement story, but it has a particularly nasty edge to it. There was a woman at the screening that we had to bring out of the audience and calm down. It’s the only time we’ve had such a violent reaction to a film.’

‘It was magical – one of my all-time favourite screenings. Guillermo del Toro knew the festival, and I will always remember introducing him and [producer] Alfonso Cuarón on stage.’

‘It’s one of the greatest horror films of the past 30 years. It’s about a woman who tracks down her childhood torturers. People were walking out of the screening and I kept turning them back around, telling them: “You have to see the ending!”’

‘Concerning a serial killer preying on a student body, it wasn’t the scares with this one, but how he showed the way forward that no other director had done before that time. It was how he used text messages or first-person footage. All of that, on top of a teenage coming of age story.’

‘I just knew that this story of a homicidal delivery man was something incredible. Still, to this day, people don’t see the twist coming. We didn’t realise it at the time, but we were witnessing the start of French extreme cinema.’

Want more scary films? Here’s our list of the 100 best horror films of all time.