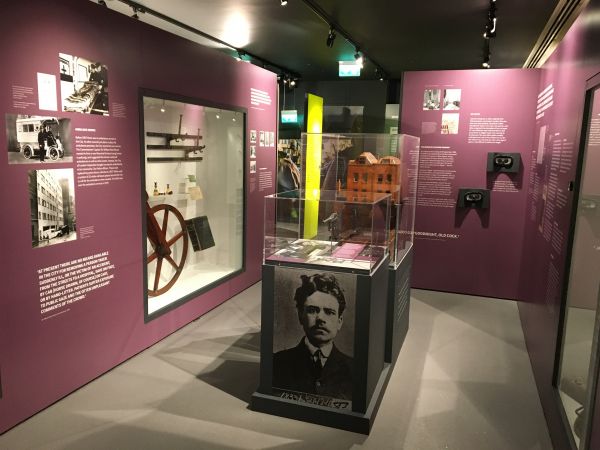 Telling the story from when the force was founded in 1839, 10 years after the Metropolitan Police, it is not all about law and order here, with also a good deal of London social history on display — e.g. the Houndsditch Murders of 1910 and, given the location of the City of London, perhaps London’s most famous criminal who still attracts interest to this day, Jack the Ripper and the murder of one of his victims, Catherine Eddowes, in 1888.

I love the City of London (or the Square Mile as it is also known) for its central but secret feel and a visit to the City of London Police Museum adds to that feeling. On my visit, I had the rooms and the exhibits all to myself. Be amazed – because I certainly was – at the original artefacts on display, including uniforms from the 1840s to 1870s and 1910 through to 1980 and an original on-street call box used from 1907 to the 1980s. Of equal amazement is to see how the City of London Police force have kept up with these technological times by leading the way in tackling fraud and cybercrime.

How they manage to fit so much here into such a small space with audio guides and viewing goggles also available for free, is beyond me.