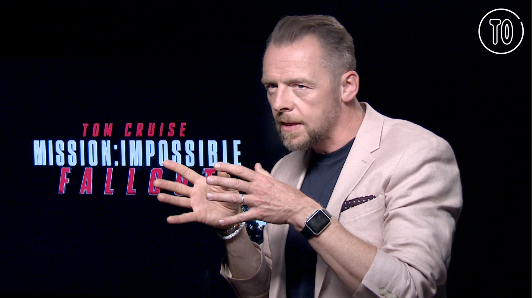 ‘Mission: Impossible’ returns to screens this week with its sixth outing: ‘Fallout’. The franchise has lasted 22 years and, somehow, Ethan Hunt has barely aged a day in that time. Must be the healthy food in the IMF canteen.

This time around, a terrorist group led by the code-named and mysterious John Lark threatens world safety with three nuclear bombs. And it’s up to Ethan (Tom Cruise), Benji (Simon Pegg) and Luther (Ving Rhames) to sort out the mess. Catch our interview below with Simon Pegg, who talks diving, YouTube and leather gloves in our time-trial ‘Timed Out’.

Also joining the cast is Henry Cavill, who plays agent August Walker – the ‘reason-they-had-to-remove-Superman’s-moustache-with-CGI’ guy. We caught up with him about joining the franchise, and whether he might soon be stepping out as another international spy: James Bond.

Check out some of this summer’s other unmissable movies.