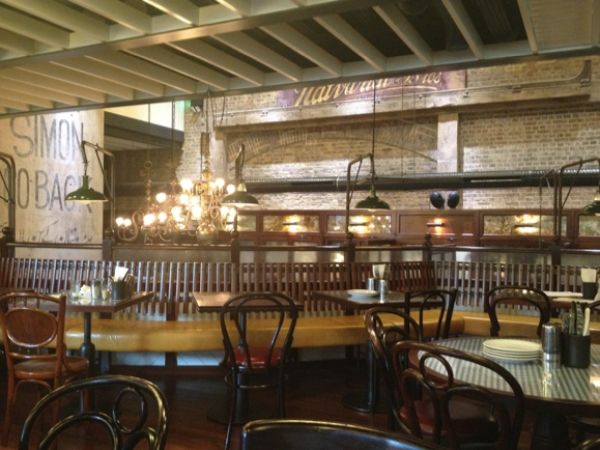 Although technically a chain, there is something distinctly special about Dishoom. I have only ever visited the Kings Cross branch as it’s next to Granary Square (check the Granary Square article) (a fave hangout of mine).

Where no expense is spared in eye to detail, they have recreated features of the Victoria Terminus in Bombay India, with three floors with slightly different feels to them, the basement bar is dark and moody with a hint of romance and the two dining floors more have a more bustly feel which goes hand in hand with the background story of the food being an Indian/Persian fusion, reminiscent of the large amount of busy Persian café’s in India in the 1920’s. The restaurant seats a large amount of people but the service is still fast and with a smile.

The food is fantastic with an interesting mix of dishes you wouldn’t find in your standard curry house. For a start they even open for breakfast where you will find deliciously healthy fruit juices and delicately spiced versions of standard British breakfast staples, such as the sausage and egg naan roll and house porridge with Medjool dates along side more traditional dishes. My top tips from the dinner menu are the Pau Bhaji, a bowl of spiced mashed root vegetables traditionally eaten using the super soft bun it’s served with, and the juicy Masala Prawns but you can’t go wrong whatever you order.