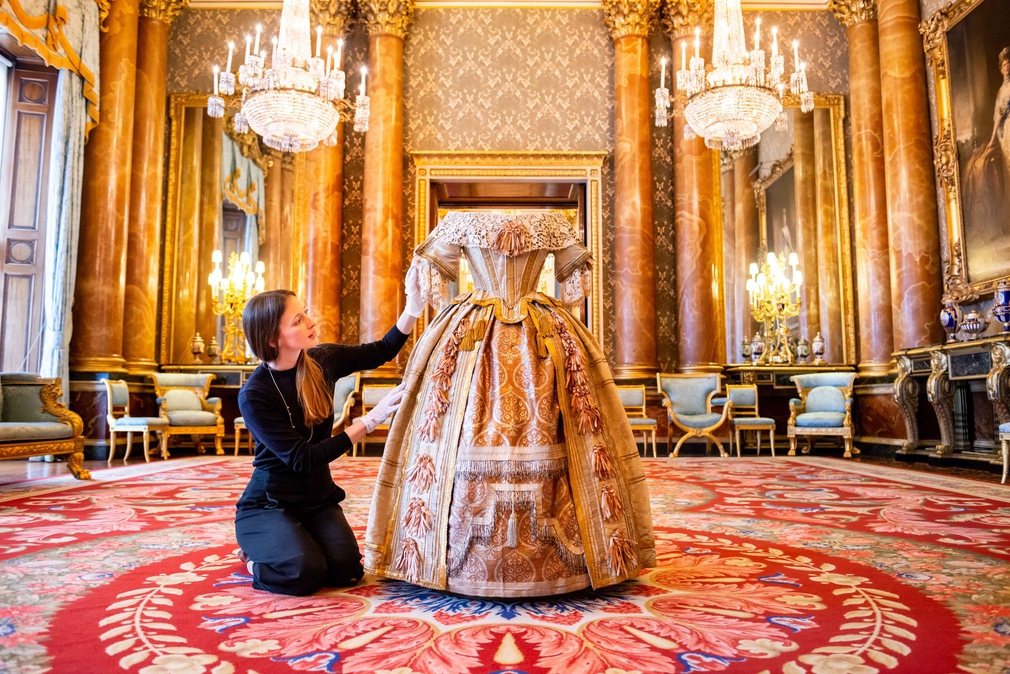 Buckingham Palace only opens for a few weeks in the Summer when the Queen is away in Scotland. To coincide with each summer opening, there’s usually a special exhibition on show (though seeing the Palace state rooms themselves is worth the price of admission!). This year, the Royal Collection Trust will be exploring Queen Victoria’s life at the Palace. This year’s summer opening will run from July 20th to September 29th. We highly recommend booking ahead.

From the Royal Collection Trust:

To mark the 200th anniversary of the birth of Queen Victoria, a special exhibition Queen Victoria’s Palace at this year’s Summer Opening of Buckingham Palace (20 July – 29 September 2019) will tell the story of how the young monarch turned an unloved royal residence into the centre of the social, cultural and official life of the country.

Through objects from the Royal Collection and an immersive experience in the Palace’s Ballroom, visitors will learn how Victoria made Buckingham Palace what it remains today – the headquarters of the Monarchy, a rallying point for national celebrations and a family home.

Queen Victoria ascended to the throne on 20 June 1837, aged 18. Just three weeks into her reign, she moved into Buckingham Palace, despite the building being incomplete and many of the rooms undecorated and unfurnished. The Palace had been empty for seven years following the death of Victoria’s uncle, George IV, who had commissioned at great expense the conversion of Buckingham House into a Palace to the designs of John Nash. The King never occupied the Palace, and his successor, William IV, preferred to live at Clarence House during his short reign. The Queen’s ministers advised her to stay at Kensington Palace, her childhood home, until Buckingham Palace could be brought up to a suitable standard, but Victoria wanted to move immediately and begin her new life.

Thomas Sully’s portrait, painted soon after Victoria moved to Buckingham Palace, provides one of the most striking early likenesses of the young Queen, who is shown wearing the Diamond Diadem made for George IV. Victoria sat for the portrait on three separate occasions, and the artist recorded that she laughed and talked, ‘a happy innocent girl of Eighteen’.

Victoria ordered a new set of personal insignia for each of the six British Orders of Chivalry.  As can be seen by her Star and Collar of the Order of the Bath, these were considerably lighter and longer than previous versions, so they could be worn just below the shoulders to complement the necklines of her formal dresses.

Queen Victoria’s Palace, curated by the historian and biographer Dr Amanda Foreman and Lucy Peter, Assistant Curator of Paintings, Royal Collection Trust, is part of a visit to the Summer Opening of the State Rooms at Buckingham Palace, 20 July – 29 September 2019. The exhibition is accompanied by the publication Inside Queen Victoria’s Buckingham Palace by Dr Amanda Foreman and Lucy Peter.

If you’re in London from July to September, this will definitely be worth checking out! Booking ahead is essential.

Advance tickets and visitor information can be found on the Royal Collection Trust website:  www.rct.uk

Exhibition Alert: Buckingham Palace to Explore the Life of Queen Victoria at Summer Exhibition Opening – Londontopia – The Website for People Who Love London