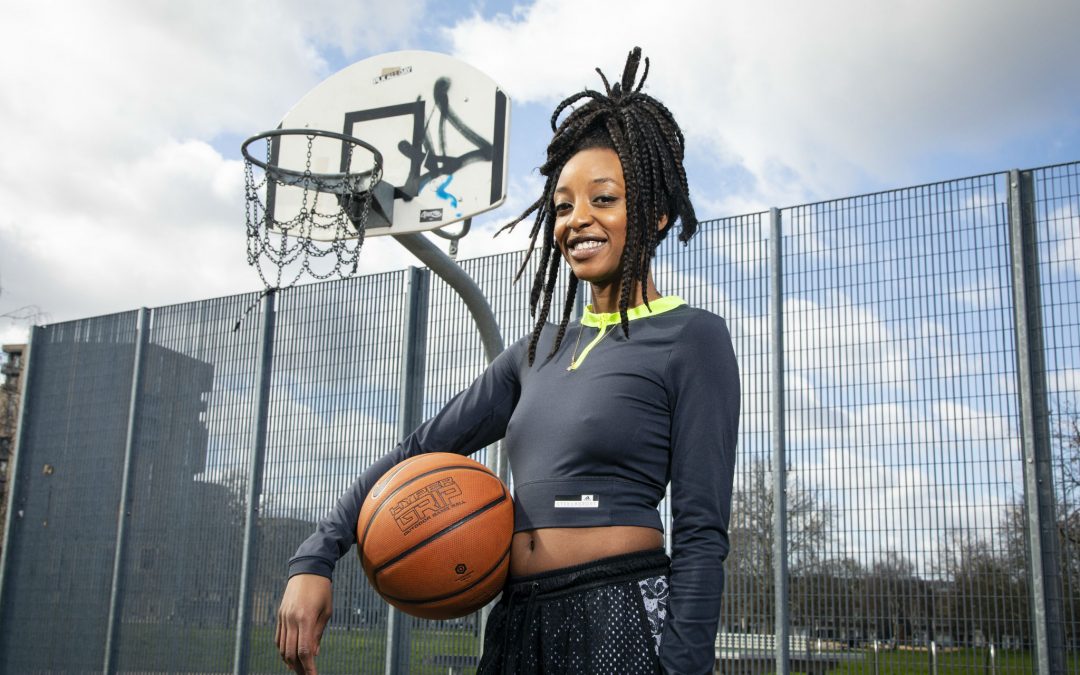 ‘I grew up on an estate in Bromley after relocating from Zambia as a kid. I’ve always lived in built-up areas, so I have a fondness for the culture of street basketball that has historically been cultivated on the urban courts of US cities. I watched so many movies that focus on these courts that I fell in love with the sport. So I decided to create an inclusive, women-centred streetball culture here in London.

‘There are iconic courts in New York where you can go and watch people play, and I wanted to be able to bring that vibe to London and translate it in our own way, like Londoners always do. The first session I held was in Hackney Downs Park in 2015. I was there for two hours alone with a ball in the middle of a court. By the time anyone turned up, I was so embarrassed that I had sworn to myself I’d never do it again.

‘But then a few people asked for another session and I rejigged my expectations. I realised that if only four people want to play, then four people could play. If there’s only two of you, just play one-on-one. It grew from there, and it wasn’t long before a community was starting to form.

‘I officially started the Hackney Gazelles club for the same reason I do a lot of things: stubbornness. Around the same time, there was another basketball initiative starting up and I was excluded from it as it was aimed at people with a certain number of social media followers. It naturally became something where I said: If these people tell me I can’t play then fuck it, I’m gonna set up something myself.

‘I’ve been excluded from so much in my life, and I don’t want to create an environment where anyone else feels threatened to be themselves. So I wanted people to congregate in a space that felt familiar to them, where they could discover a sport that they may not know about. It had to be a fun, safe, non-hierarchical environment for women basketball enthusiasts not only to play ball but also to build new friendships. To join, you just have to slide into the DMs.

‘Hackney Gazelles continues to grow and the response has been wonderful. We played at an International Women’s Week basketball tournament in Tower Hamlets last year and came third – there were some sick teams there, so just to play was amazing. But the best thing is people turning up to play just because they love the game. People tell me that it’s changed their opinion on living in London: that they’ve decided not to leave the city, because being among a group of people that see them is everything that they were asking for. As much as I love this city, it can be hard and lonely. But initiatives like this give you a community.

‘Former members have started up new branches in other places they’ve moved to, like Glasgow and Paris. I recently moved back to south London after roughly ten years in east, and I’m planning to do something similar here. I’m militant about being nice and being inclusive, so Hackney Gazelles exists independently from me. It’s a special thing to be able to bring people out of themselves, make them feel confident and make them smile.’