Meltdown 2019 is GO! Here's who's playing this year 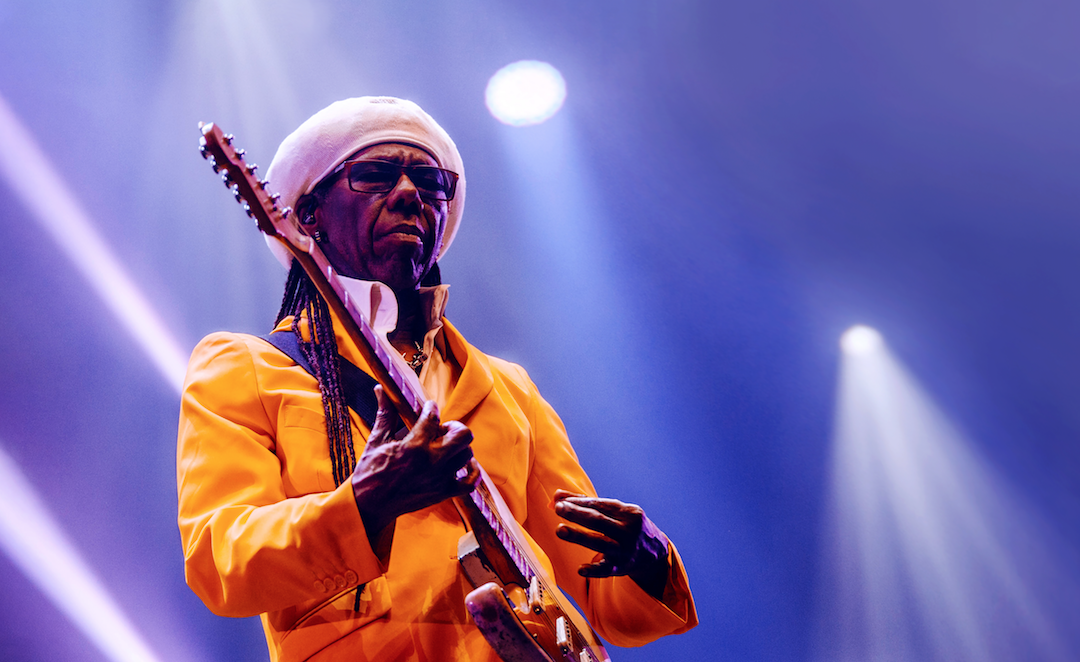 Nile Rodgers is the curator of the Southbank Centre’s annual music fest. He’s just announced the first wave of acts playing – here’s who the songwriting legend has assembled so far…

Surely the jewel in the shiny Meltdown glitterball is this performance by Nile Rodgers’s all-conquering band, Chic. Though the band are known for being  erstwhile festival headliners, always packing a cavalcade of Nile-related hits, this show is going to be a little different according to the organisers. Here’s hoping they do plenty of Chic’s lesser known gems, of which there are frankly an obscene amount!

A Night of Studio 54

On the same night as Chic’s opening set, there’ll be a recreation of legendary glamour playground Studio 54. The foyer of the Southbank Centre will play host to a tribe of go-go dancers and original Studio DJs including Jellybean Benitez.

Much like the animated felines of his name, LA’s sonic wizard Thundercat is a glorious amalgamation. Fusing bubbling modern funk, R&B, punk and more, he’s become one of his generation’s most lauded talents. Catch him at the Royal Festival Hall for his only European show of the year.

London afrobeat octet Kokoroko might be the newest young bucks on the bill, but they’re already pricking up more than a few ears. Gilles Peterson put single ‘Abusey Junction’ on his label Brownswood Recordings’ mixtape at the start of last year; since then, the track’s racked up nearly 30 million plays. Don’t sit on this lot.

Multi-award-winning pop star Anitta has stormed her way to the top of the Brazilian music scene, breaking records across Latin America like it ain’t no thang. And, she’s still only 26: take that, T-Swifty. Join her 13.5 million Facebook fans and give her a ‘like’ at the Royal Festival Hall.

Close your eyes and you could be listening to the lost cousins of Smokey Robinson, Al Green or any of soul’s most heartbreaking hitmakers. But nope, DJ and the gang are in fact five twenty-something lads who met at Indiana University. Confusing? Yep. Brilliant? Also yep.

Love the weird and wonderful soundtrack to Netflix smash ‘Stranger Things’ but could do without a gaggle of pre-teens running around reminding you of your own sad mortality? Composers Kyle ’n’ Mike will be performing the music from the telly, complete with a neon light show and not a baseball-capped child star in sight. Sweet relief.

In recent years, the London leftfield jazz scene has gone from an underground niche to an increasingly buzzy concern. Catch one of its rising stars, pianist and producer Alfa Mist, who’ll be bringing this year’s ‘Structuralism’ LP to Meltdown.

Now this will be a treat. Despacio is a sporadic party run by James Murphy from LCD Soundsytem and Soulwax brothers Dave and Stef Dewaele. It involves low lighting, an ornate audiophile speaker set-up (that surrounds the dance floor) and frankly gorgeous slow disco songs played by the trio. On vinyl only, natch. The party will be held for 500 people a night in the Clore Ballroom.

‘Sweet Dreams’, ‘There Must Be An Angel’, ‘Here Comes The Rain Again’. Even if you don’t think you’re a connoisseur of ’80s titans Eurythmics, chances are you’ll have more than few of these hits burned deep into your brain already. Dave Stewart will be joined for this show by an all-star cast of guests to give those old faves a new lease of life.

Producer extraordinaire Sophie struck out on her own with hugely-acclaimed debut ‘Oil Of Every Pearl’s Un-Insides’ last year. Since then, her live shows have been as infrequent as they are impressive; don’t miss a rare chance to immerse yourself in her extrasensory world.

Nile knows that you’ve got to end a celebration with a bang – hence his invitation to Malian desert-rock troupe Songhoy Blues to close the festival. Expect gnarly riffs, deep grooves and the joyous atmosphere of a Glastonbury afternoon transported on to the Southbank. ν Oliver Keens and Lisa Wright

Tickets will go on sale to Southbank Centre Members on May 13 and the general public on May 14. www.southbankcentre.co.uk/meltdown.