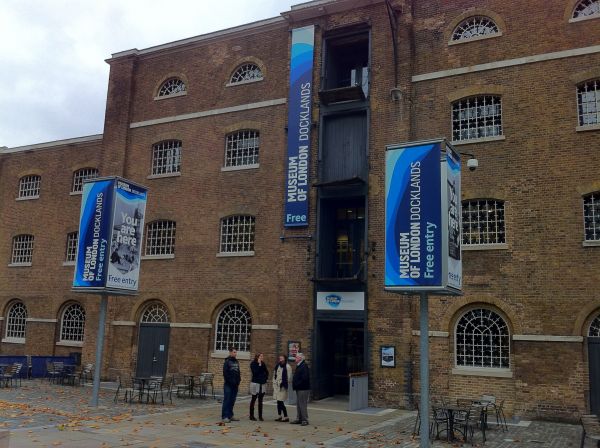 The area of Canary Wharf is seen by some Londoners as a cultural void – most people arrive to their offices in the mornings and leave immediately after work. It’s not a place to really ‘hang out’. This may have been true a few years ago, but local residents and developers are transforming the area into a more welcoming area for families and tourists. The Museum of London Docklands in one fine example.

Exploring the museum is a chance to learn about the specific history of London’s relationship with the Thames and the open seas. The interactive displays challenges readers to consider how the waterways have influenced London – trade brought new goods such as tea to Londoners, commerce brought new immigrants to enrich the city’s culture, and even the slave trade forced Londoners to reconsider their definitions of justice and liberty.

It’s not all serious though. There are immersive displays that encourage visitors to imagine life as a dockworker, a sailor or even a pirate. ARRR!

One of my favourite exhibits here is the model of what London Bridge looked like about 500 years ago. It’s not something anyone would recognize now, but that’s the magic of learning about London’s history – it’s constantly changing but always riveting. An afternoon here reminds me of that.

The post Museum of London Docklands – Splash of history appeared first on Spotted by Locals London.