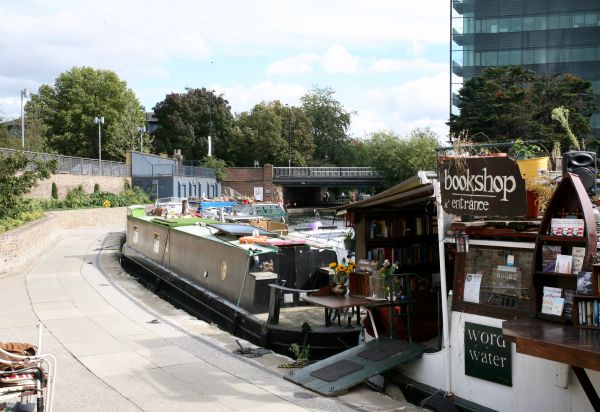 The Regents Canal wends its way across a large chunk of North London, from Paddington to Limehouse, serving as a tranquil thoroughfare for walkers, joggers, cyclists and visitors.

From here, in one direction the canal takes you northwest, initially along a series of floating pontoons, until the towpath reappears and carves through one of London’s most exciting pockets of redevelopment. If Camden is on your itinerary, the canal is an appealing alternative way to get there; I’d recommend stopping off for a pint at one of the hidden pubs along the way.

Instead, you could head past the moorings and waterfront apartments of Battlebridge Basin (also home to the London Canal Museum) towards the Islington Tunnel. You’ll have to surface to street level here, but can join the towpath again in Angel, just beyond Upper Street, and follow it all the way to the Docklands (check out the Museum of London Docklands article).

Some of the barges along the canal have restyled themselves as floating businesses; there’s even a bookshop (pictured). I love finding flimsy excuses to fit the towpath into my route pretty much anywhere and seeing which of them I come across.