This map shows where Londoners are moving to 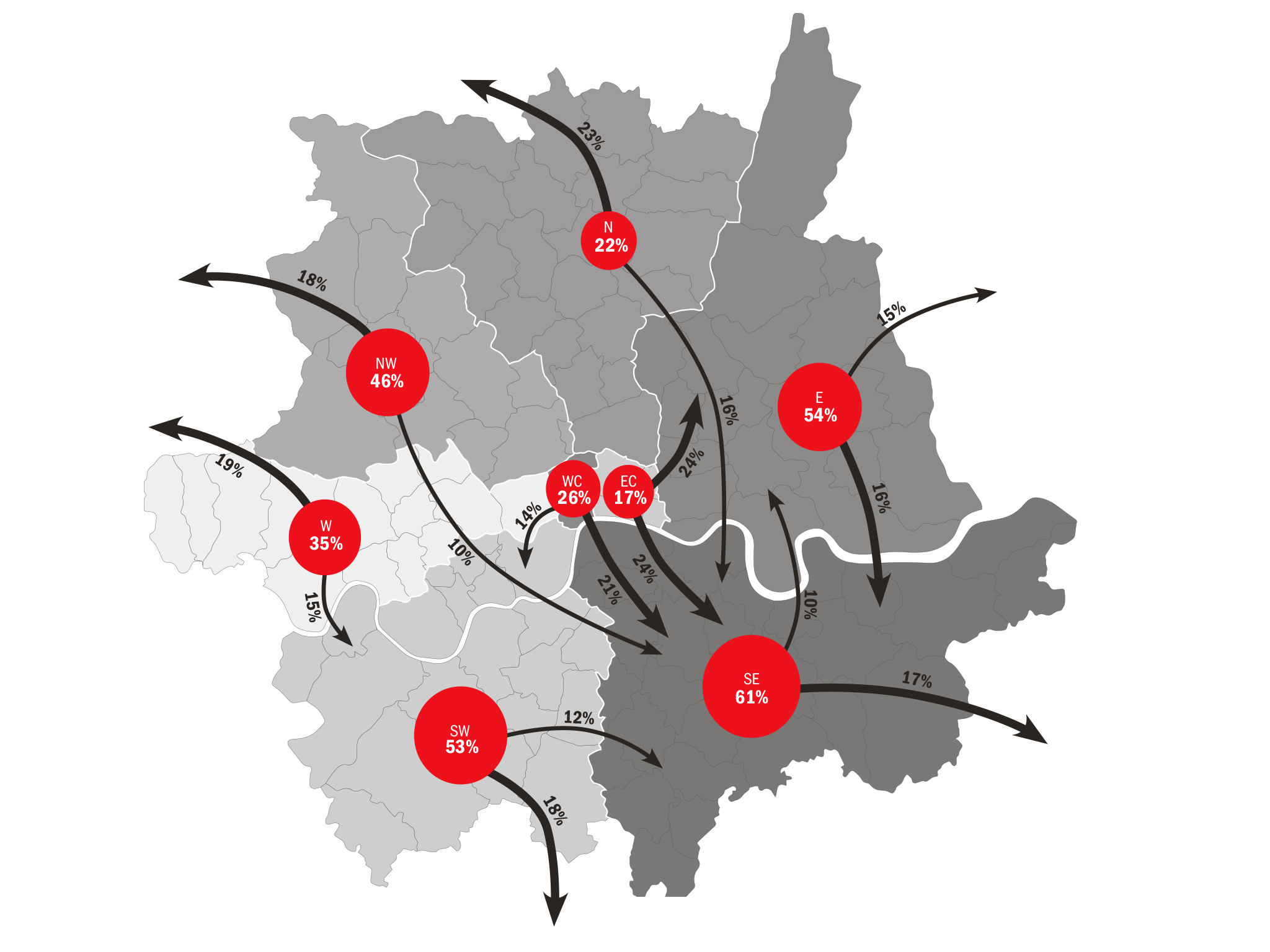 Chasing cheap rent is a neverending quest in London these days. But on the search for a halfway affordable roof over their heads, where are Londoners ending up? This map, using data on more than 60,000 tenancies from property tech company Goodlord, tells all.

Of all the tenants in each official London postcode area (E, SW, WC and so on) who moved in 2018, Goodlord told us how many stayed local, and how many went elsewhere. The percentage of tenants who moved house within the same postcode area is represented by the red circles, while the thicker and thinner black arrows map out the two most popular moves from that area to other areas. Yes, it’s a bit ‘Dad’s Army’, but it tells an interesting story: namely, that bloody loads of people are moving out of their local area.

In the priciest area, EC, fewer than one in five tenants stayed nearby. The N postcodes hung on to just 22 percent of renters, losing 23 percent to areas outside London: either suburban postcodes like EN, HA and CR, or somewhere else entirely. Across London, you can see people moving further out or out altogether – no surprise when an average month’s rent for a room with a London postcode is still north of £1,000.

The big exception is SE. Not only did south-east London have the highest proportion of people staying in the area when they moved, it was also a destination for renters leaving pretty much everywhere else (even NW, on the other side of the city). Naturally, it’s also the capital’s cheapest postcode area.

So it seems the days when Londoners refused to move south of the river are long gone – and it’s all thanks to the city’s crazy rental market.