Tube Histories: A Brief History of the District Line 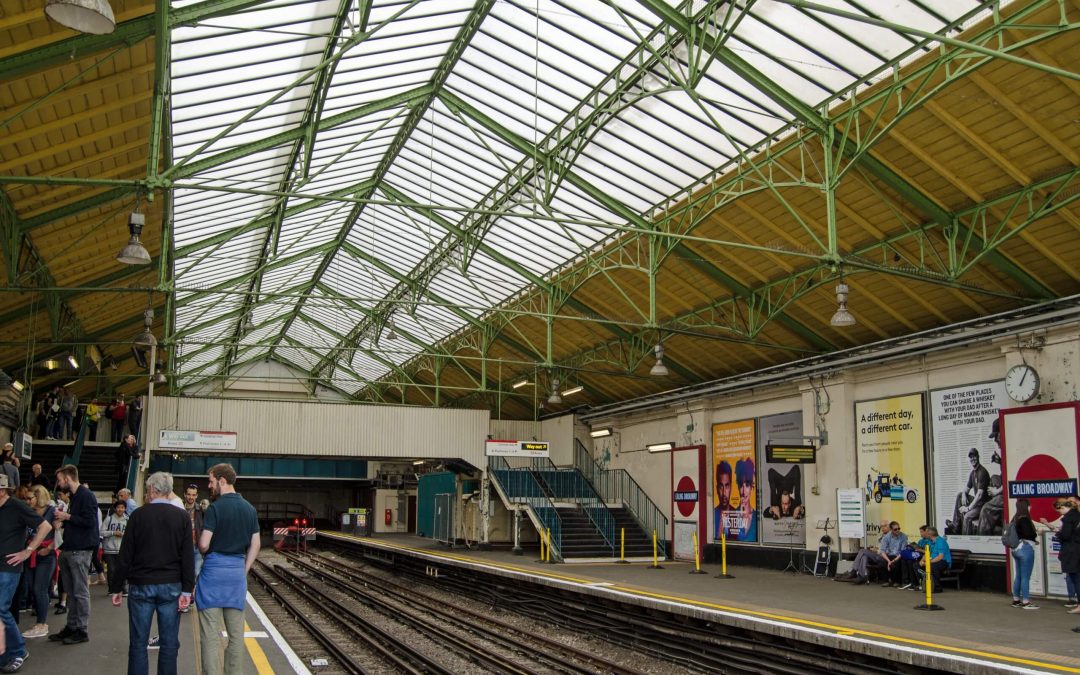 The Metropolitan Railway’s success after it opened in 1863 led to numerous bills petitioning Parliament to adopt other underground railway schemes throughout London.  To help make decisions about which lines should be accepted, the House of Lords set up a select committee to go through the proposed bills.  The select committee was persuaded by a proposal for a line south of the Metropolitan with the idea that they would eventually merge and link together many of the city’s railroad termini.  The Metropolitan Railway’s chair and three of its board members, as well as the engineer for the railway, helped to establish the Metropolitan District Railway, but it was kept as a separate corporation to raise funds independently of the Met.

Work on the line began in 1864.  Unlike the Metropolitan Line, which was purposely constructed under the city streets to prevent damage to buildings, the District Railway’s construction did not follow a similar plan, and compensation was paid to the owners of buildings above its planned route.  The line opened its first section in 1868 and utilized trains from the Metropolitan Railway.  However, by 1870, the District Line was in debt and the decision was made to split it off from the Met.  The next year the District Line began to operate with its own trains and the railway extended to West Brompton and Mansion House.  The two railways still cooperated somewhat by providing a transport service between their two termini at Mansion House and Moorgate Street.

Competition then took over and the two lines didn’t complete the circle as originally intended until 1884 with Parliament’s support.  Still suffering from financial woes, the District Line amalgamated with the Underground Electric Railways Company of London in 1901.  It fully electrified its railway stock and electric services began running in 1903.  Along with the other underground railways in London, the District Railway was municipalized in 1933 when it was brought under the management of the London Passenger Transport Board.  From that point onward, it became known as the District Line.

The breakout of World War II suspended services intermittently and after the war, the District Line was nationalized along with the rest of the UK’s and London’s railway services, both over and below ground.  The Acton Town to South Acton shuttle service was then discontinued in 1959.  By the 1970s, the Hounslow Branch became the Heathrow Branch when it was extended all the way to the airport.  Over time, the line extended all the way to Upminster in the east and branching out at Earl’s Court with termini at Edgeware Road, Kensington, Ealing Broadway, Richmond, and Wimbledon.  With its green color, on a map, it looks like a tree that’s fallen over.

The District Line’s history passed this point has very few major noteworthy incidents.  D stock trains were introduced between 1979 and 1983, and then single driver trains became commonplace starting in 1985.  The District Line fell under the operation of Transport for London in 2000 which was formed as part of the new Greater London Authority.  Along with much of the Underground, the line became part of a public-private partnership in 2003 with Metronet that ended when Metronet went into administration in 2007.  While the line’s history has been relatively quiet ever since, it remains a vital part of transportation in the city, seeing some 208 million passengers per year.

Tube Histories: A Brief History of the District Line – Londontopia – The Website for People Who Love London