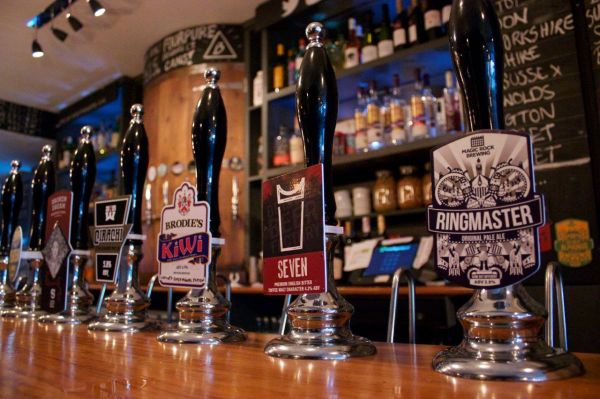 Although I live deep in the South of London now, I still make the trek up to Highgate most Wednesdays to play squash – so there is no excuse for any travellers or locals not to visit this brilliant North London beer house. Just saying.

The Duke’s Head specialises in small, independent, British breweries. They have around ten different real ales, ten craft beers and a couple of interesting ciders on tap at all times. And what’s more, by London standards, they’re pretty cheap.

An understated interior of black walls, wooden panels and ambient hanging bulbs helps with the pub’s warm ambiance – busy enough to create a buzz, but relaxed enough to easily chat with mates.

After squash my mates and I need refueling. So we either hit THE BULL for Wings Wednesday or The Duke’s Head to try whichever of London’s up-and-coming street food chefs has taken residence in the rotating kitchen.