Hugh Grant fans, you can watch ‘Love Actually’ and ‘Notting Hill’ on the Thames this week 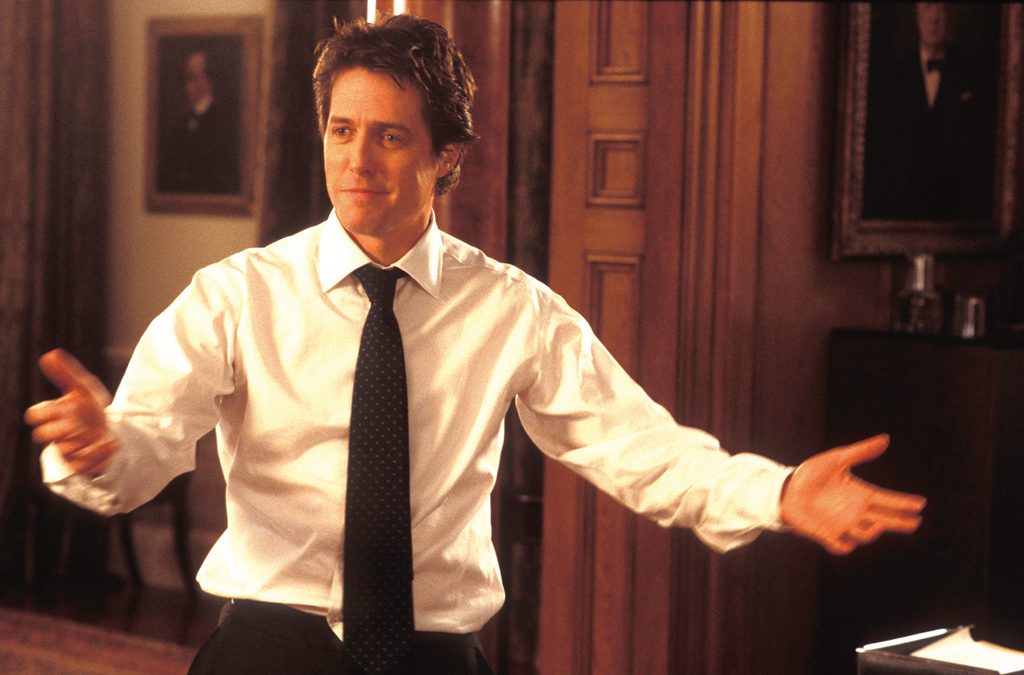 Hugh Grant fans in London can catch the floppy-haired maestro at outdoor screenings of two movies from his Richard Curtis romcom days during this coming week. ‘Love Actually’ and ‘Notting Hill’ are both screening at Time Out’s Movies on the River series.

Grant has enjoyed a comeback year in 2018. First he played a way-over-the-top villain in the magnificent ‘Paddington 2’. Then he stole the show as controversial 1970s politician Jeremy Thorpe in the BBC three-parter ‘A Very English Scandal’.

Now outdoor film fans can catch him this week in two films which are regularly voted Londoners’ favourites. ‘Notting Hill’ screens at Movies on the River on Thursday July 5, while ‘Love Actually’ plays on Saturday July 7.

Movies on the River is an outdoor film series like no other. First film-goers take a cruise through the heart of the city on a boat that leaves from Tower Pier. Then, after sunset, the vessel docks in the shadow of Tower Bridge, and movie-goers can enjoy a movie at the same time as soaking up one of the best views in the whole city.

What better way to enjoy these quintessential London movies than with the city’s most incredible sights all around you? Hugh’d be mad to miss it.

Movies on the River runs Tuesday-Saturday until August 18. The boat boards at Tower Pier at 8pm each evening.