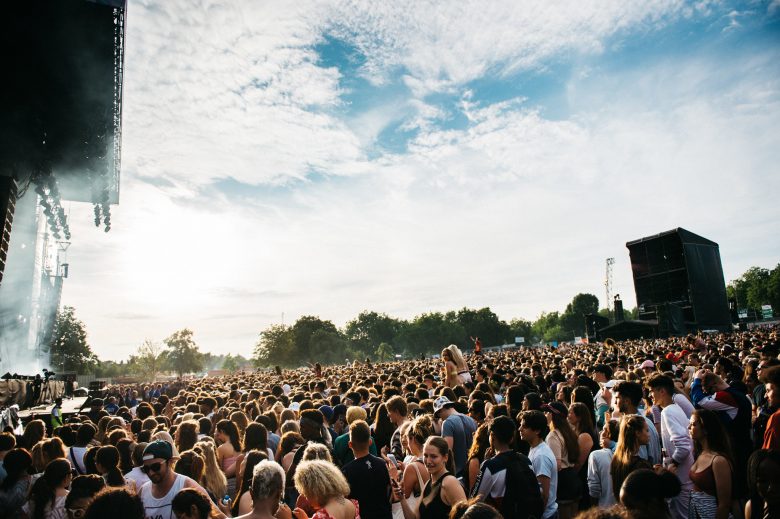 There’s no need to travel to a remote field in the middle of nowhere, set up a massive tent for you & your friends and experience great music – every year, the best of the world’s music scene makes its way to London, so your favourite bands, DJs and musical acts are closer than you think. London is the place to be during the summer months, with music festival fans spoilt for choice, with everything from indie acts to jazz and grime covered. Here are six of London’s best festivals to add to your calendar this summer.

Returning to Finsbury Park for three days of the best urban music, as well as up and coming artists, the Wireless festival brings the best of hip hop, grime and R&B to London. Previous headliners have included Black Eyed Peas, Jay Z and Rihanna. Wireless has become one of the most exciting music events to hit the city in recent years, and with several UK-only exclusives joining the line-up this year, it’s something of a unique experience as well.

The award-winning Barclaycard presents British Summer Time festival brings world-class artists and newcomers to Hyde Park for two weekends of fantastic live music. In the week between, Open House runs alongside with street food, an open-air cinema and free activities to enjoy, including live Wimbledon screenings, also because this is the longest festival in London, you’ll need to make sure you have some essentials to get you through the week like a power bank to keep your electronics alive and a lot of clothes.

Located at Gunnersbury Park, Lovebox is one of the greatest festivals the UK has to offer. It’s an eclectic mix of just about everything the music scene has to offer, from DJs and indie bands to R&B and pop. If you want a break from the music, there’s also a great mix of activities and entertainment to explore.

London’s Citadel Festival is a chilled-out indie haven, where bands such as Sigur Ros and Bombay Bicycle Club have previously graced the stage. Citadel Festival, which moved from Victoria Park to its current location of Gunnersbury Park, packs a lot in to its one-day line-up, with a mix of great music, relaxing yoga sessions, comedy acts and a varied selection of speakers to enjoy.

KISSTORY on the Common – 21 Jul

Featuring the biggest old-school tunes and top anthems at this multi-stage festival, KISSTORY on the Common sees thousands of R&B, hip hop, drum’n’bass and live garage fans hit Streatham Common for a day of music from KISS FM’s DJs. And organisers have also promised plenty of exciting extras which will be announced closer to the time too.

South West Four is a must for fans of the best in electronic music. Taking place at Clapham Common during August bank holiday weekend, this fun festival sees some of the most renowned DJs from around the world perform across five stages. Known as SW4 to the locals, this festival teams up with a range of brands and promoters to celebrate the biggest names in electronic music. Previous festivals have seen such names as Deadmau5 and Fatboy Slim join the line-up.

With London’s eclectic and constantly evolving music scene, it’s no surprise that it’s become one of the best places for music festivals. With summer just around the corner, now’s the time to get your tickets booked and join in the festival fun.

The post Exploring The 6 Best Music Festivals in London appeared first on Spotted by Locals London.