In pictures: when London Zoo counts up the animals for its annual stocktake 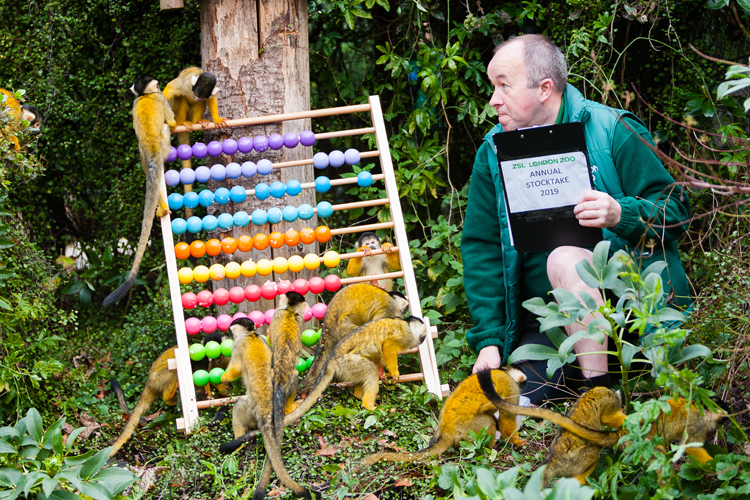 Struggling to function in your first week back at work? Spare a thought for the staff of London Zoo whose first big task of the year was to count up 19,000-plus animals for the zoo’s annual stocktake.

ZSL London Zoo is home to more than 600 species, including mammals, birds, reptiles and fish. Some of the animals are more tricky to count than others – we don’t envy the person lumbered with taking stock of the zoo’s bee population (though apparently they count each colony as one, for obvious reasons). They also use training and rewards to get big groups of animals such as monkeys to cooperate.

There have been a few new arrivals this year, including tamandua (a type of anteater) brothers Poco and Paco, and a trio of rescued leeches, Buffy, Angel and Spike (shout out to whoever named those blood-sucking critters after characters from ‘Buffy the Vampire Slayer’). And if you found yourself weeping at the emperor penguins episode of ‘Dynasties’, you’ll be pleased to hear the zoo also welcomed 12 (Humboldt) penguin chicks that were born in the zoo’s Penguin Beach. Aww.

Crazy for cute critters? Check out the best day trips for animal lovers.