London on screen: how Greenwich played home to the Paris uprising from ‘Les Misérables’ 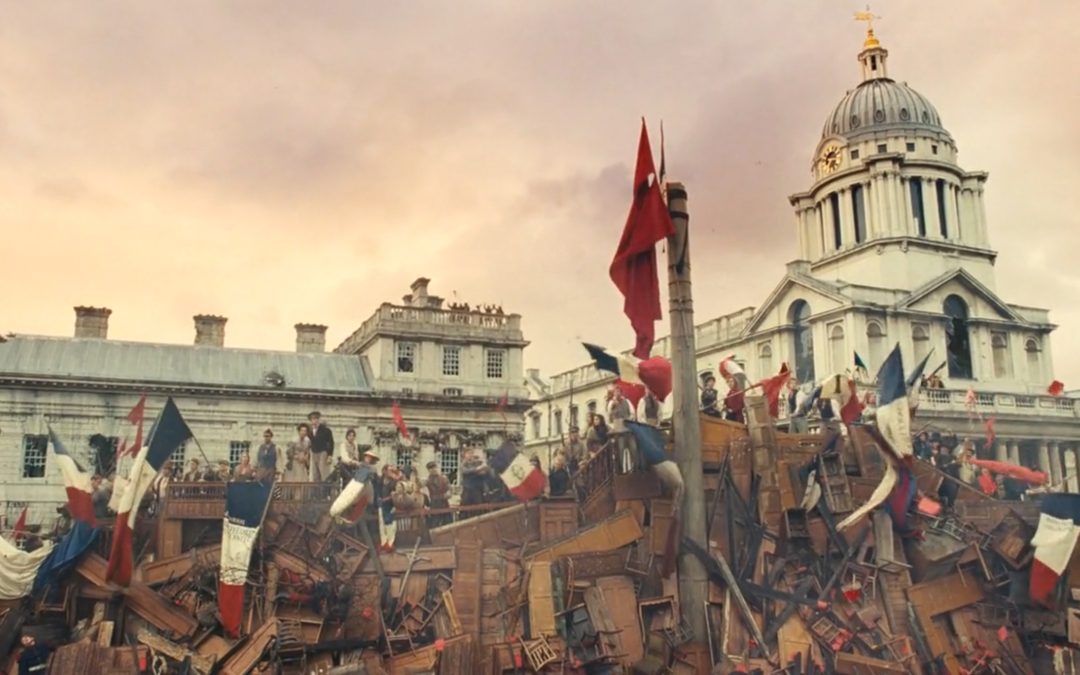 Head to SE10 for a glimpse of (slightly altered) French history. Just don’t expect to see Hugh Jackman doing a song and dance.

The scene: The noble Jean Valjean (Hugh Jackman) lies dying in a church as young lovers Cosette (Amanda Seyfried) and Marius (Eddie Redmayne) pay their respects. He dies and his spirit is transported back to the tumultuous streets of Paris during the uprising of 1832.

Then: While SE10 isn’t the most obvious spot to recreate revolution-torn France, ‘Les Misérables’ director Tom Hooper and his crew turned the courtyard of Greenwich’s Naval College into Parisian streets for the 2012 musical. ‘We had an Indian wedding going on during filming,’ says Ian Allchin, operations manager at the college. ‘They were so happy when they saw the Elephant of the Bastille monument on set; it was like a sign from above so they all took photos in front of it.’

Now: The Royal Naval College has since popped up in everything from ‘Thor: the Dark World’ to ‘The Crown’, providing funds to help maintain this World Heritage Site. Allchin admits it isn’t easy balancing a music college, university, tourist spot and film set, but insists: ‘We’ll never completely close the college for a studio, as we want to give our visitors a chance to walk through a fully functioning Hollywood film set.’

For more of the city on screen, check out our list of the 30 best London movies.