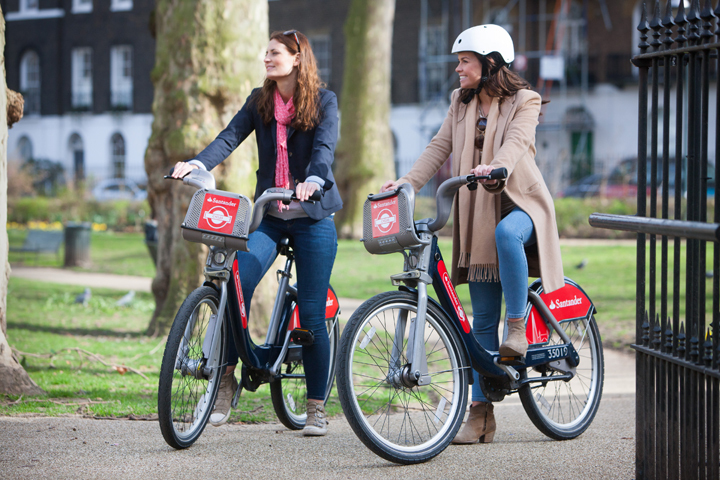 With heatwave temperatures of up to 36 degrees on certain tube lines (Central, we’re looking at you), it’s no surprise that Londoners have been dodging the sauna vibes and opting for open-air jaunts instead. So much so that Santander Cycles just had the busiest month since it began in 2010. The city’s self-service cycle hire scheme was used 1,188,428 times in July 2016, but July 2018 weighed in with 50,000 more hires at 1.2 million. Not a bad way to celebrate your eighth birthday, eh?

Launched on 30 July 2010 with 400 docking stations and 6,600 bikes, the network has now spread to cover 100 square kilometres with 11,000 bikes and 800 stations, making it the largest cycle hire scheme in Europe. One customer is so cycle-savvy, they’ve clocked in at 573 out of 785 docking stations (that’s just under three quarters). Bizarrely, the most popular route is not even a route at all – it’s actually a round trip starting and ending at Hyde Park Corner, proof that we all love a bit of pedestrianised pedalling.

Ticking the boxes for both visitors and commuters, we can only hope for more two-wheeled wonders and docking stations around the city. Ealing, Hammersmith, Fulham and Newham are next to get a slice of the cycling action, as new cycle routes open later this year. Bin your Brompton, this summer belongs to Santander.