Top Ten London: Top 10 Things to See and Do in Bromley 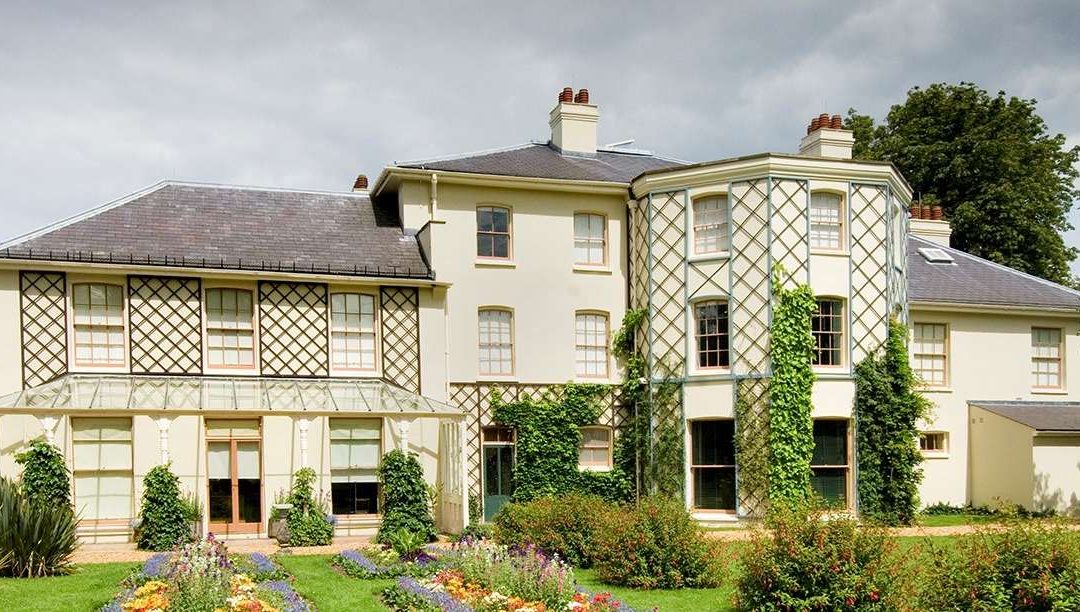 The London Borough of Bromley is the largest in greater London, covering fifty-nine square miles.  Like many of London’s boroughs, it was formed in 1965 by the London Government Act of 1963 and was created out of the Metropolitan Boroughs of Bromley and Beckenham as well as the Urban Districts of Penge, Orpington, and Chislehurst.  Being the biggest of London’s boroughs, there is certainly plenty to do here, and we’ve found our top ten places and things you need to see here.  Let us know your own favorite Bromley hot spots in the comments.

One of the borough’s best shopping destinations can be found right in the middle of the town center.  With 135 shops, The Glades has everything from Marks & Spencer to the Disney Store as well as plenty of uniquely British shops.  The shopping center recently added a restaurant terrace with five new food offerings in addition to the many cafes and kiosks.

Biggin Hill’s airport used to host an RAF themed air show, but that ceased several years ago due to financial problems.  Beginning in 2011, however, the regional airport began a series of Open House days and air shows of their own that celebrate the airport’s history in the Battle of Britain as well as showing attendees how an airport runs.

London’s markets offer a unique opportunity to get a real taste of the boroughs and Bromley Charter Market is no exception.  The Bromley Market has existed in the area for over 800 years and today offers a range of products ranging from antiques to fresh produce.  Perusing the stalls, you might find some pretty rare items, so it’s always worth the trip.

The center of culture in Bromley, the Churchill Theater offers any number of live performances from concerts to plays.  The theater’s bar and dining options offer attendees the chance to dine before (and sometimes during) the show as well as enjoy a nice drink as they’re entertained.  Be sure to check the schedule before you go and find out what upcoming show is to your satisfaction.

As the name might suggest, Christmas Tree Farm does sell Christmas trees, but it is a working farm that you can visit throughout the year.  During warmer months, the farm’s animals are out and about for visitors to interact with, feed, and pet.  Interestingly, the farm is located near the former home of Charles Darwin and where he wrote The Origin of the Species.

Nearby is Darwin’s real home, Down House.  Living there from 1842 until his death in 1882, Down House has been preserved as it was when it was the Darwin family home, down to his and his wife’s recreated room.  You can also wander the gardens where Darwin formulated many of his evolutionary ideas and walk in the footsteps of one of history’s most famous scientists.

The foundations of modern London come from the Roman settlement here during the height of the empire, and there are still many ruins left from this time.  Crofton Roman Villa was inhabited from 140 to 400 AD and was the center of a farm that stretched 500 acres.  The site was uncovered in 1926 and the museum built over it to preserve this important piece of London’s history.

Of course, if you want to know more about the borough’s history and its contribution to World War II, one of the best places to visit is the Biggin Hill Memorial Museum.  Dedicated to The Few who defended London in the Battle of Britain, BHMM not only has exhibits dedicated to the battle and those stationed at the nearby airfield (now Biggin Hill Airport) but it has actual Spitfires in the hanger for you to marvel over.

London’s public parks are wonderful green spaces in the middle of a bustling city, and Crystal Palace Park is no exception.  In addition to the lovely greenery, the park offers such attractions as a hedge maze, skatepark, the Crystal Palace Museum, and the Dinosaur Court which is full of statues of history’s great lizards.

More mines than caves, the Chislehurst Caves are perhaps the most distinguishing feature and a landmark in Bromley.  They were carved out as mines for chalk and lime and have served multiple roles since mining stopped in the 1830s including as a munitions storage site in World War I, an air raid shelter in World War II, a filming location, and even a concert venue.  Entry into the Caves is by tour only, so be sure to book your visit in advance.

Top Ten London: Top 10 Things to See and Do in Bromley – Londontopia – The Website for People Who Love London