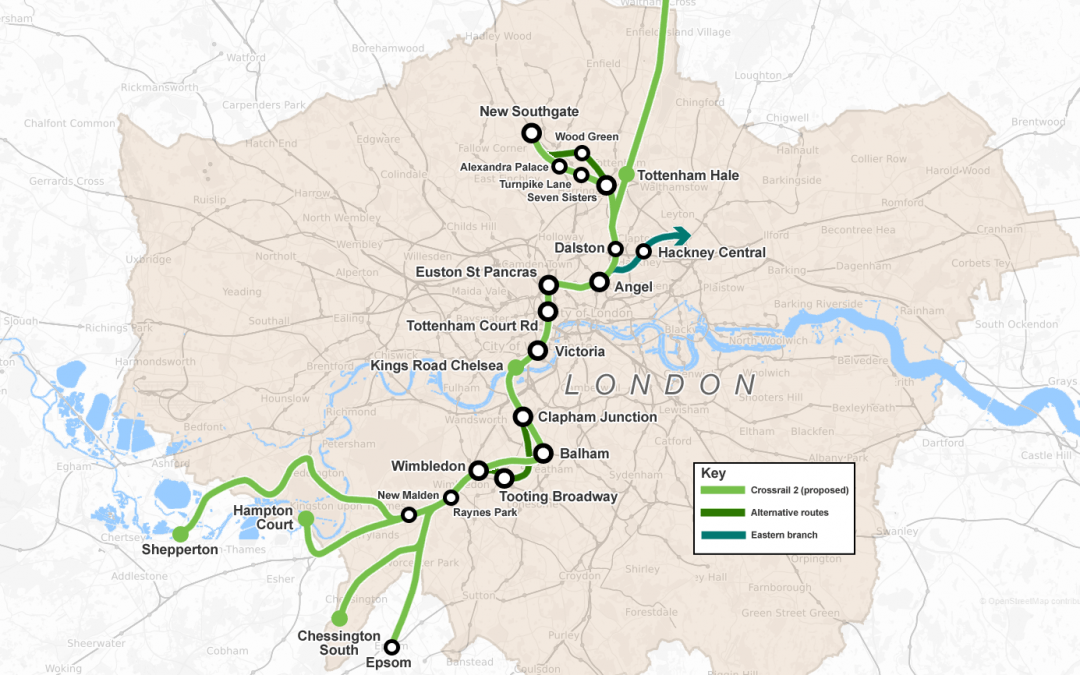 Boris Johnson has called for another multibillion-pound railway to be built in London after marking the completion of Crossrail.

The Prime Minister said the Government would back Crossrail 2 – a proposed north-south rail link across London – but the capital’s businesses would need to develop a plan to pay for it.

He said: “The real thing for us now is to think about Crossrail 2, the old Chelsea-Hackney line.

“That is going to be transformative again. All the problems of commuters coming into Waterloo getting up to north London, you can fix that with another Crossrail.

“I think we should be getting on with that.”

Mr. Johnson said “we should be looking at tax increment financing” for transport projects in the capital.

This was used to fund the £1.1 billion extension of the Northern line to Battersea, south London, through business rates from the local area and contributions from developers.

He made the comments at Paddington station after traveling on London’s new east-west railway the Elizabeth line following the completion of Crossrail, which cost £18.9 billion.

Crossrail 2 is proposed to run between Hertfordshire and Surrey, via tunnels under central London.

It has been estimated to cost £33 billion.

Transport for London was ordered to stop consultancy work on the project in November 2020 as part of an emergency funding agreement with the Government.

But Mr. Johnson told the PA news agency: “We need all the partners to come together and say this is the right thing for our city and here’s how we’re going to do it.

“Then we in central Government will study it, obviously we’ll give it our support.

“But we need to see the business case originated by Transport for London, by London business, and we want it brought to us.”

He added: “I’ve got absolutely no embarrassment as a former mayor of London about supporting great projects in London.

“We’ve completed Crossrail but frankly there is more that we should be doing.”