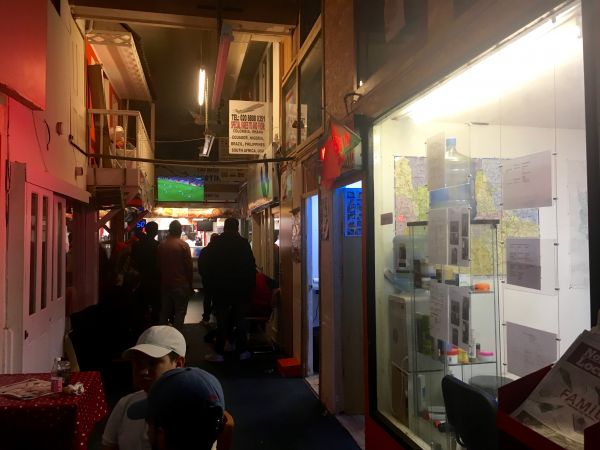 Where to start when describing Ward’s corner! This is less of a market and more of a whole mind and body experience. Walk into this hidden, indoor maze of a market and you’re transported to a Colombian enclave. The language changes to Spanish. The soundtrack changes to Reggaeton. The food offerings change to empanadas and arepas. Bars, barbers and butchers are all squeezed into this incredibly important community hub. From the outside, the market is hidden from sight – I didn’t know it existed until a few months into my time living locally.

Unfortunately, the local council – Haringey – has decided to develop the market into luxury flats, as part of a plan widely recognized as a money-making scheme and an attempt to socially cleanse the area. The impressive collective community effort to try and prevent these plans is ongoing, and has even triggered an investigation into the development plans by the UN.

You can enter the market through the bar Pueblito Paisa or via another door on the high road, right by Seven Sisters Underground.

Go and have a beer, soak up the experience and remember the motto: gentrification? ¡No gracias!