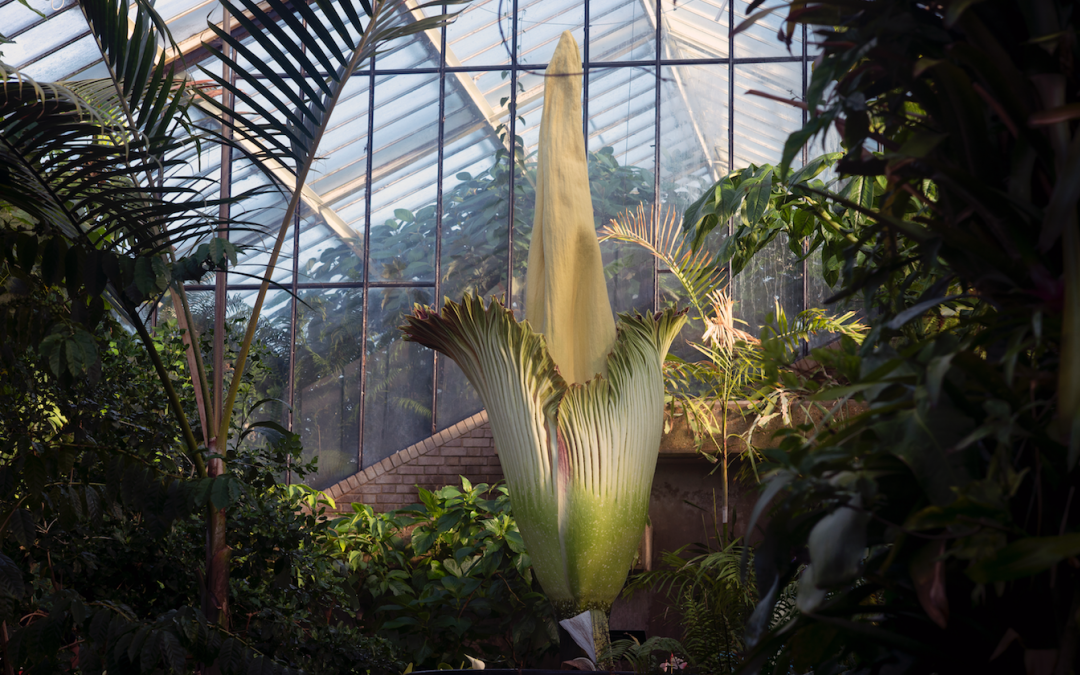 If you noticed a foul-smelling stench lingering around Kew Gardens lately, don’t worry: you didn’t forget your deodorant. The stink was down to a beautiful, but pungent, ‘corpse flower’ that burst into bloom in the botanic garden’s Prince of Wales Conservatory on Wednesday.

The ‘Little Shop of Horrors’-esque flower was Kew’s largest ever titan arum lily. It soared to 3m tall after growing at a rate of 10cm a day and weighed the equivalent two full-grown adults. It’s rare to see the sublime yellow and red flowers bloom in the wild and there are only a small number of places where they grow in cultivation.

The flower only bloomed for 48 hours before it began to shrivel up, but if you didn’t get a chance to see it you may be grateful because it emits a pungent aroma of rotting flesh in order to attract pollinators. The smell is so bad people who live in its native Sumatra, Indonesia, call it the ‘corpse flower’. Kew’s nurseries manager said the plant was ‘the biggest and smelliest one I’ve ever seen or smelt in my 16 years at Kew. A real stinker!’

But, not everyone turned their nose up at the exotic bloom:

Missed the ‘corpse flower’ at Kew? Why not head to their Christmas extravaganza instead?