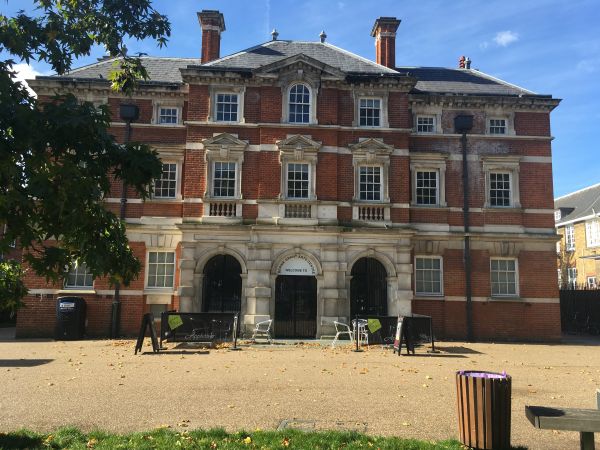 To understand the significance of this community centre in Tottenham it is important to give some context. Tottenham is a constituency in North East London with a strong history of social uprising, particularly against systemic racism. A socially deprived area with a large non-white population, it has long been affected by police racism and brutality, which has led to a number of protests and a couple of notable ‘riots’ in the last 50 years. In 1987, Bernie Grant, one of the first black members of parliament, was elected by the people of Tottenham. He made it his mission to represent the underrepresented in his constituency and made a parliamentary group committed to advancing the opportunities of ethnic minorities in Britain.

In this multimedia arts centre I really get the impression that the spirit of Bernie Grant lives on. They aim to develop and encourage culturally diverse arts by providing spaces for theatre, music and film, often hosting free events for local residents with a focus on young people. My highlight is the selection of political and independent films they show, showcasing a much more diverse selection of themes than you encounter in a mainstream theatre. There’s also a café serving a range of meals and snacks, including some delicious Caribbean food. Opening hours vary based on events so check the website for upcoming listings before you go.