Post-Christmas in the Cotswolds at Calcot Manor 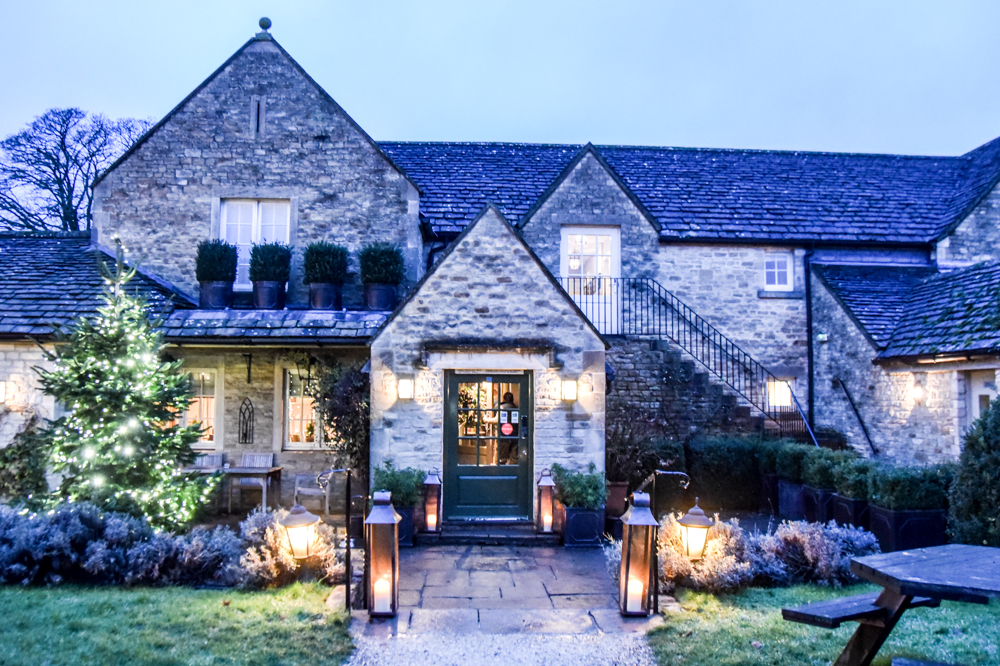 The best thing about blogging is that you meet people on line and soon these virtual strangers become close friends who you communicate with at least once a day through the medium of What’s App. Which is why when Polly asked us to come up to the Cotswolds for lunch on the 2nd of January it was a resounding yes from Emma, Aftab, Binny and I. Not only a chance to delay the harsh onslaught of January but also the opportunity to see Polly, a British blogger who has moved to Doha, and her gorgeous daughter, Sophia.
The suggested venue was Calcot Manor and Emma, Aftab, Binny and I met first thing in the morning at Paddington station, giving us a chance to reminisce about last time was were there to catch the train for Aftab’s birthday surprise at Bovey Castle. We arrived at Stroud station and instantly recognised Polly’s dad who had kindly offered to pick us and drive us to Calcot. He also recommended The Gumstool Inn, a more cosy alternative to the hotel’s other restaurant, The Conservatory. 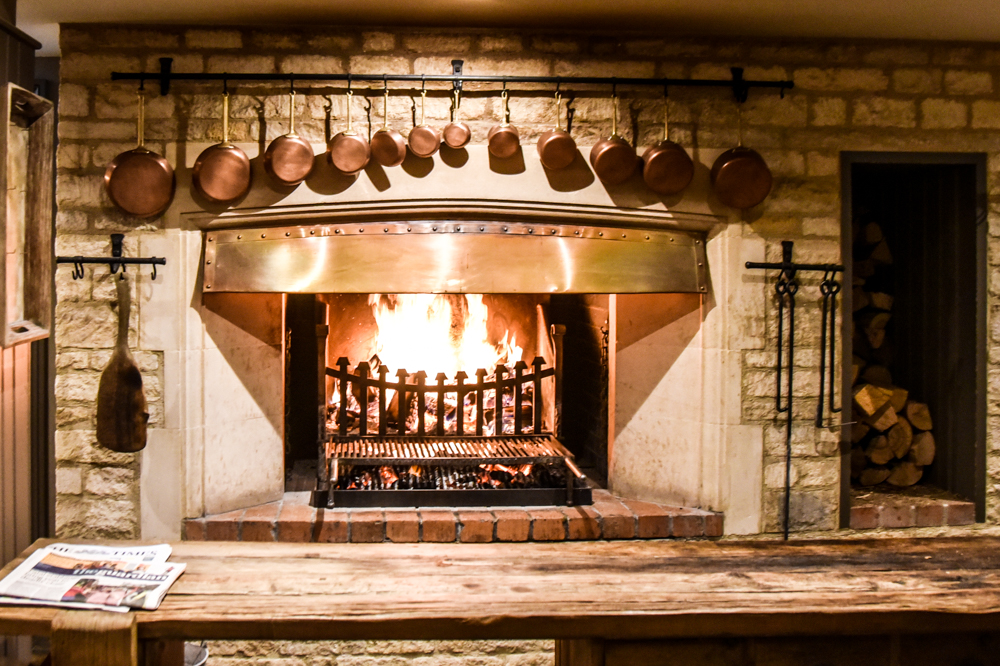 Just like your favourite traditional country pub you can sit by a cosy fire at the Gumstool Inn or draw up a chair at the bar to order one of the local real Ales.

A menu of fresh and local ingredients is what you can expect and we were absolutely spoilt for choice here. 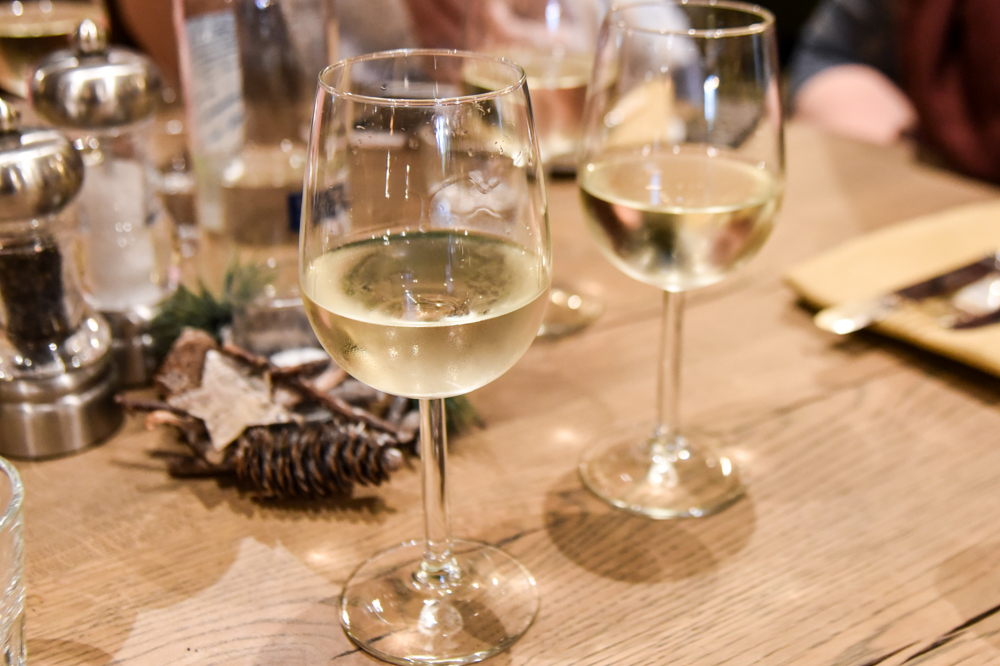 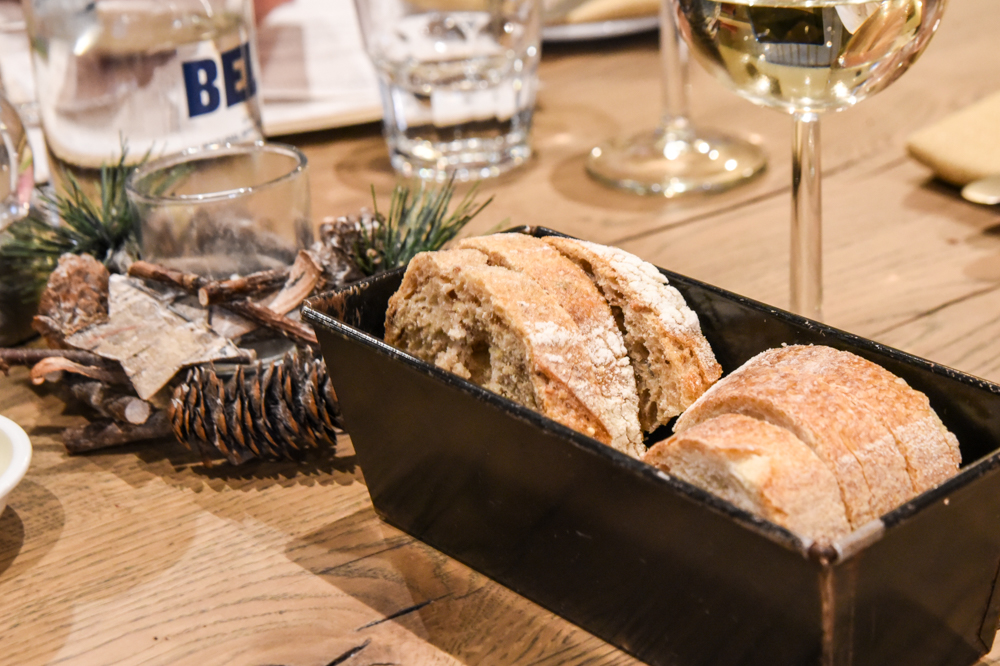 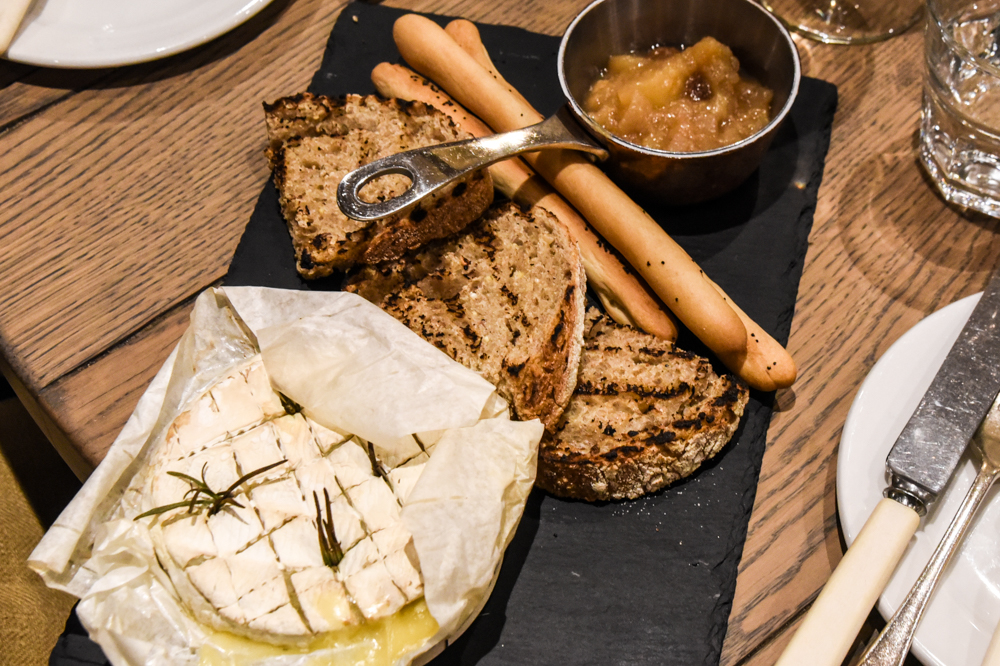 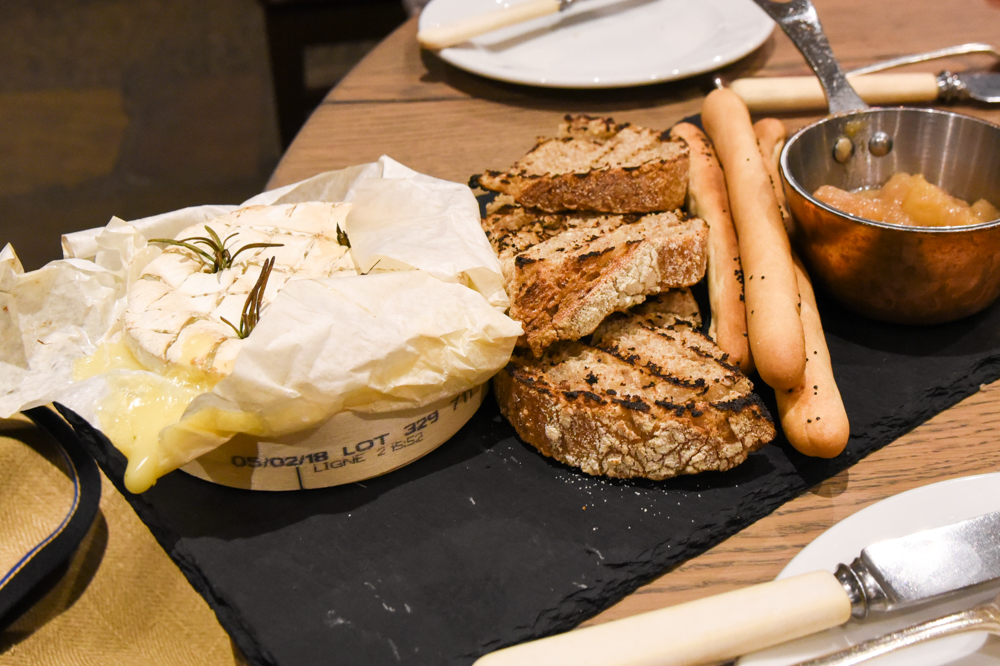 The camembert with apple, pear and raisin chutney was a popular choice around the table and two were ordered for the otherswith plenty of bread and bread sticks to dip into the oozing cheese. 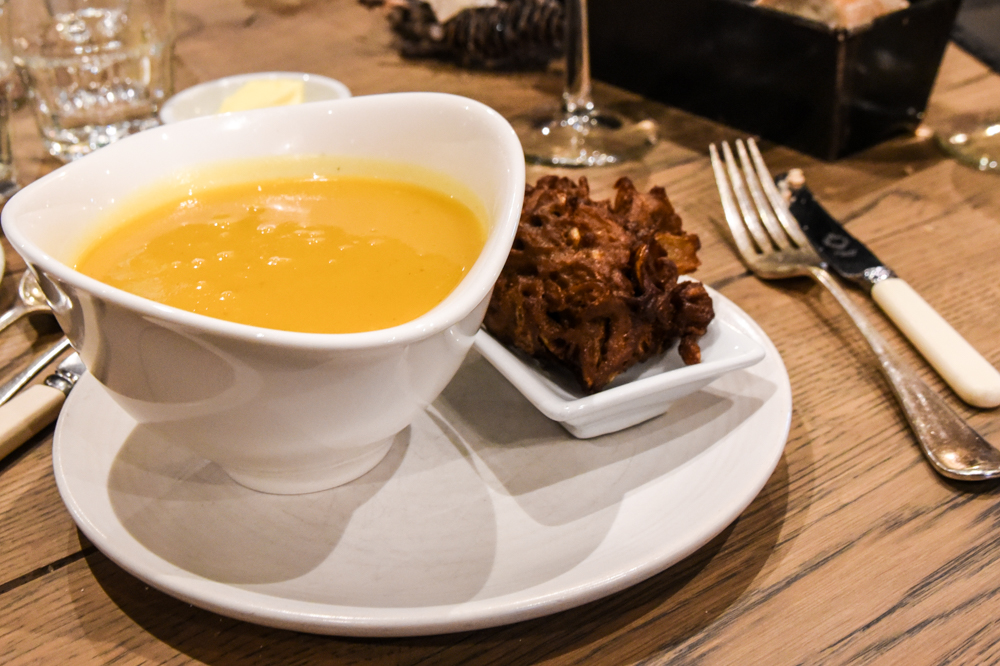 Opting for a lighter option but just as comforting and warming, I chose the butternut squash soup with onion bhajis whilst it was fish and chips for two-year-old Sophia. 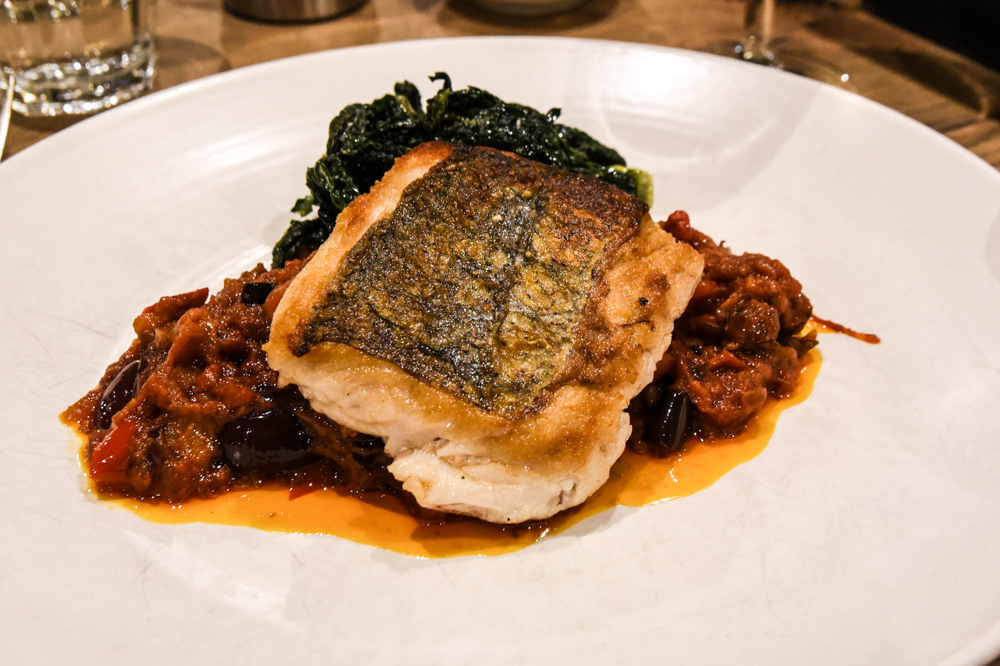 For main course I very much enjoyed my Cornish hake with a perfect crispy skin and a rich aubergine caponata, cavolo nero, anchovy and fennel butter. It was rather heavy on the olives and if like me, you’re not a fan I’d advise asked for less of them. 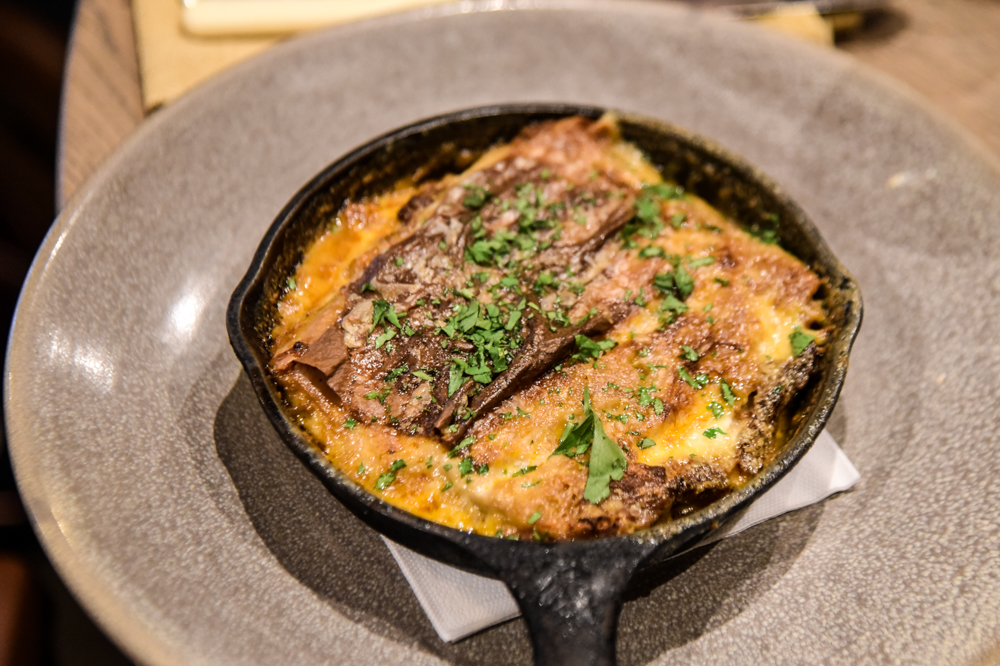 I did have major food envy for the bubbling pan of duck ragu, cep and truffle lasagne enjoyed by both Polly and Emma. 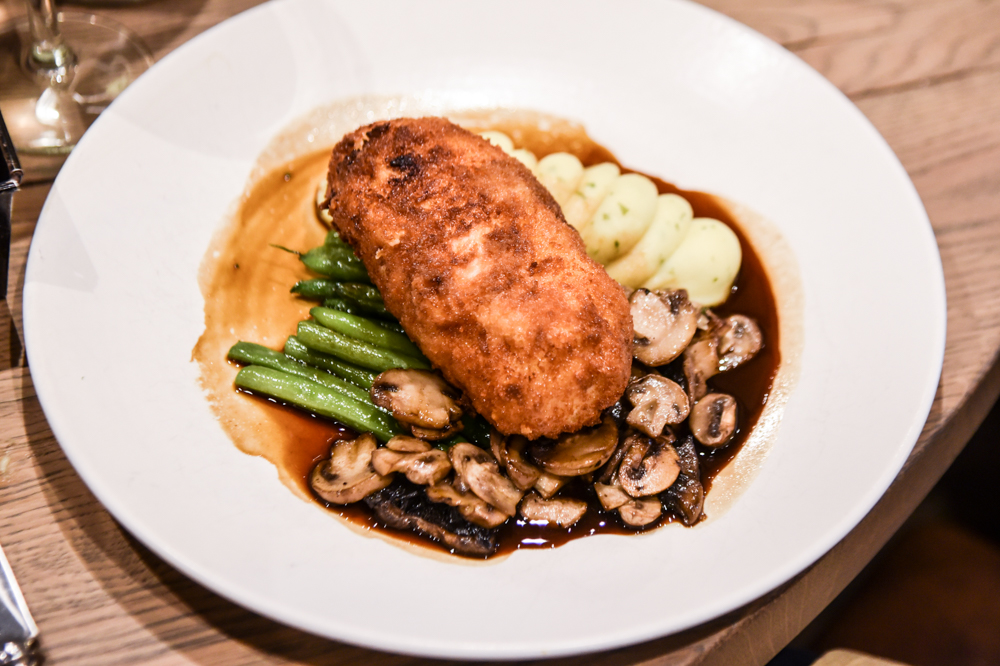 And you can just how generous the portion was of truffled chicken kiev with mushrooms, parsley mash and green beans enjoyed by Binny and Aftab. A group that struggles to say no to dessert despite the hefty portions we ordered a few different choices around the table including the ever popular creme brulee and sticky toffee pudding. 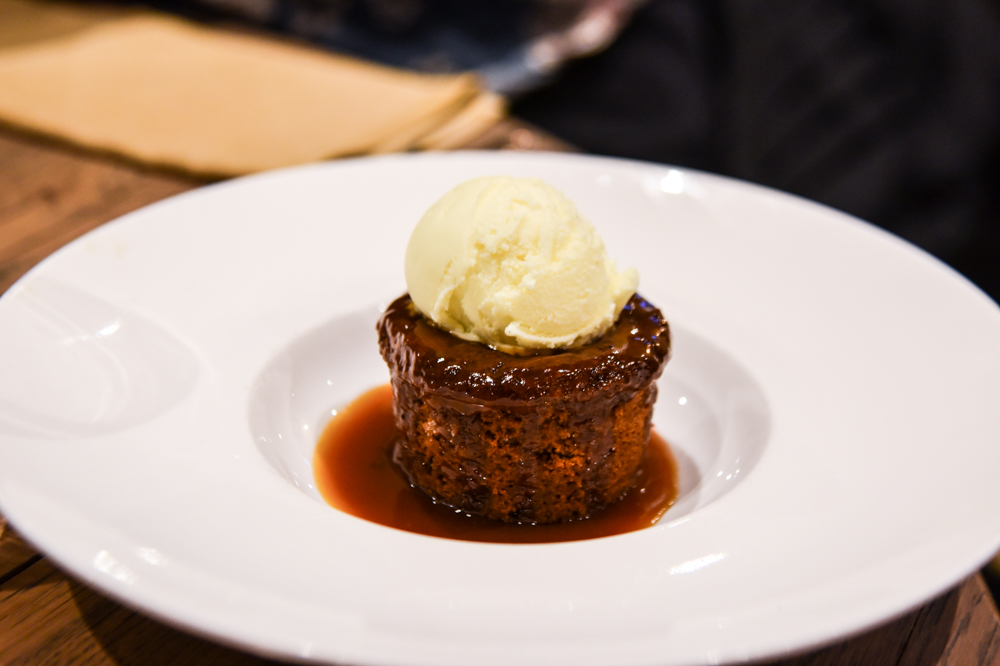 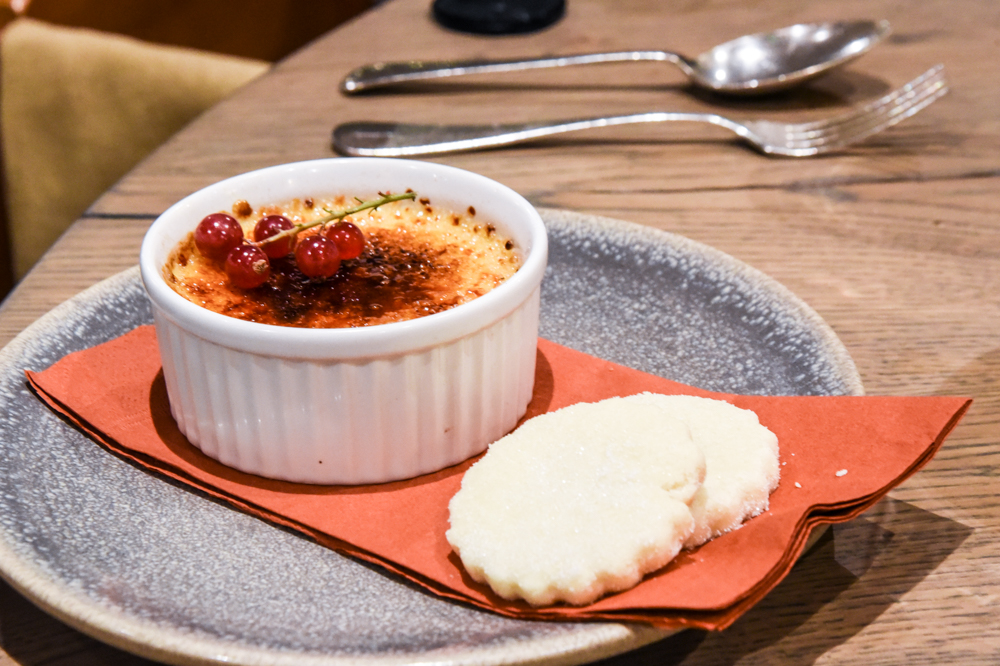 After a really great lunch it was time for a walk and the opportunity for Sophia to splash around in muddy puddles. As someone who grew up in the British countryside I always savour those moments out of London breathing in the fresh air and walking in the fields. Unfortunately it was now dark and cold but the hotels 220 acres of land would be great fun to explore in summer.

I took a quick peak at the spa which has all the facilities you could ever need such as an indoor pool, outdoor hot tub, seven treatment rooms and gym – definitely a place to visit next time. 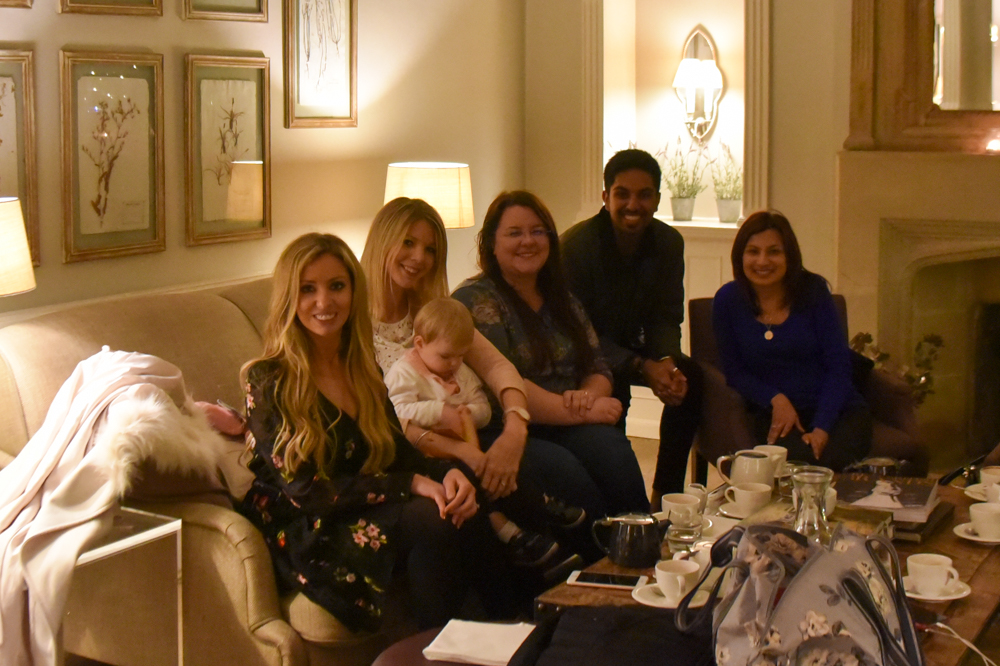 Instead we took a seat in one of the hotel’s warm lounges and ordered coffees to enjoy over our last hour of catching up. A day that went all too quickly, it was soon time to order a taxi and catch our train back to hustle and bustle of London. Next time shall we all meet in Doha?

The post Post-Christmas in the Cotswolds at Calcot Manor appeared first on SilverSpoon London.