Quiz: Can you remember London’s year in numbers? 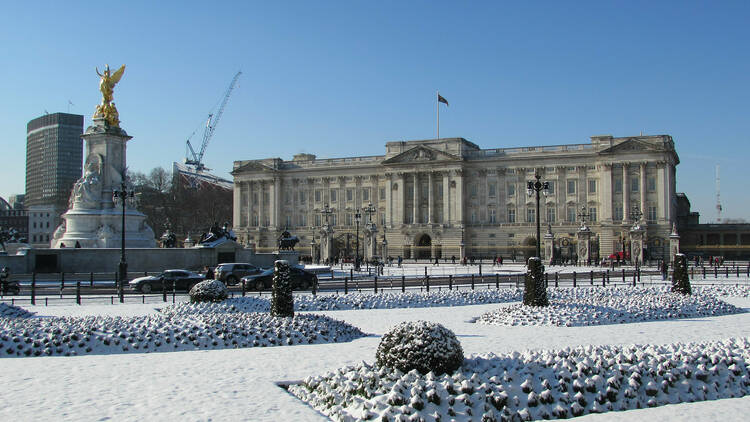 As we approach the end of another year in the Big Smoke, it’s time to cast our minds back to the highs and lows of the past 12 months. From the Beast from the East to the baking-hot summer, from the Trump Baby to the Crossrail delay, were you paying attention to London’s big stories this year? Test your knowledge with our quiz of the year – all you need to do is guess the numbers, one for each month. And if Christmas party season has scrambled your memory, just highlight the white text to discover the answers.

TfL tested a new safety announcement: ‘Please hold on, the bus is about to move.’ Social media erupted in response to the annoying messages, which (an internal report later revealed) didn’t actually reduce the number of accidents on board the city’s buses. But how many official complaints did TfL receive?

The ‘Beast from the East’ cold wave arrived at the end of the month. There was so much of the white stuff that people were spotted skiing in Soho, snowboarding in Brockley and drawing penises literally everywhere. But what was the actual maximum depth of snow reported in London?

A Qantas Dreamliner aeroplane touched down at Heathrow as the maiden flight on a new direct route between London and Australia. The 17-hour journey to Perth is now the longest non-stop regular passenger route from the UK. But exactly how far had the aircraft flown?

Answer: An epic 9,226 miles. Anyone for a long weekend Down Under?

This year’s London Marathon was the hottest ever. The scorching event kicked off the summer heatwave that left London parks crispy and brown and everyone low-key blissed out for months (although Met Office scientists said the heatwave was made 30 times more likely by human-caused climate change). But what was the temperature in St James’s Park during the Marathon? 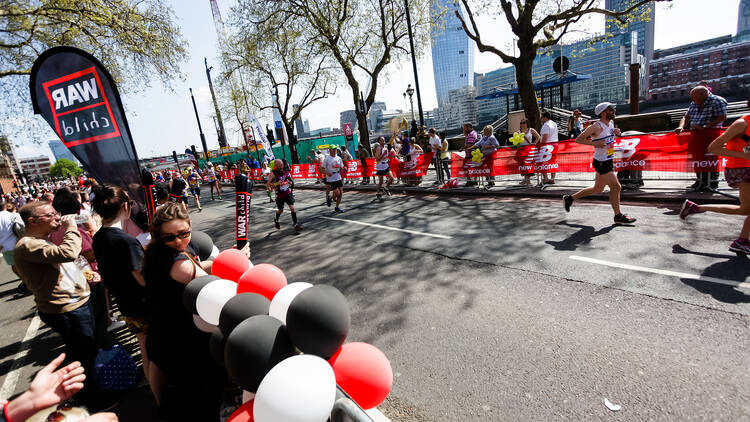 ‘Meltdown Monday’ kicked off a week of timetable changes that left London rail commuters even more crushed, late and furious than usual. ‘There have been some teething problems,’ admitted the chief executive of Govia Thameslink Rail, Britain’s busiest train operator. But what was the percentage of late or cancelled GTR trains that week?

Answer: A frustrating 23% of all GTR trains were delayed or cancelled.

A report published this month calculated the amount of time that a single first-time buyer in London will have to save for a 15 percent deposit on a home. It made for depressing reading. But how long would an average Londoner have to save?

Answer: A depressing 17 years. Can’t wait that long? In north-east England, the figure’s a mere six years and three months. And they have parmos. Howay!

An angry, orange, inflatable baby with a blonde bouffant and a smartphone flew over Parliament Square over the summer during President Trump’s first official visit to the UK. The Trump Baby has since followed the real-life orange blowhard to Scotland, the US, Paris and Argentina. But how much have its creators crowdfunded to date?

Answer: A hefty £34,983. Although the copycat Sadiq Khan balloon crowdfunder has raised even more. 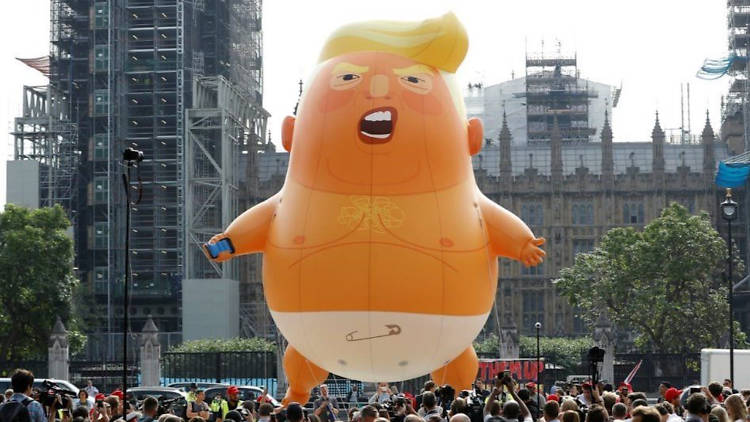 At the end of the summer, we were told that the hyped rail link Crossrail, which was meant to open in 2018, wouldn’t be ready until autumn next year. The announcement was surprising because the original opening date wasn’t that far away. But when exactly was Crossrail supposed to start running?

Answer: Crossrail was due to open on December 9 2018. Now the planned opening has been pushed into at least 2020, so don’t bank on escaping the Central line for a while yet.

A YouGov and Centre for London survey revealed in this month what the rest of the country thought about Londoners. We’re ‘diverse’, ‘insular’, ‘different’ and ‘rich’, apparently. But what proportion of Brits outside the capital think Londoners are ‘arrogant’?

Answer: A fairly significant 29 percent. But most shocking was that 17 percent of non-Londoners called us ‘normal’, when everyone knows we’re very special indeed.

The march to demand a second referendum on EU membership was huge. It was the largest demonstration the city had seen since a million people marched against the Iraq War in 2003 (and look how effective that was.) But what was the estimated number of people who took to the streets? 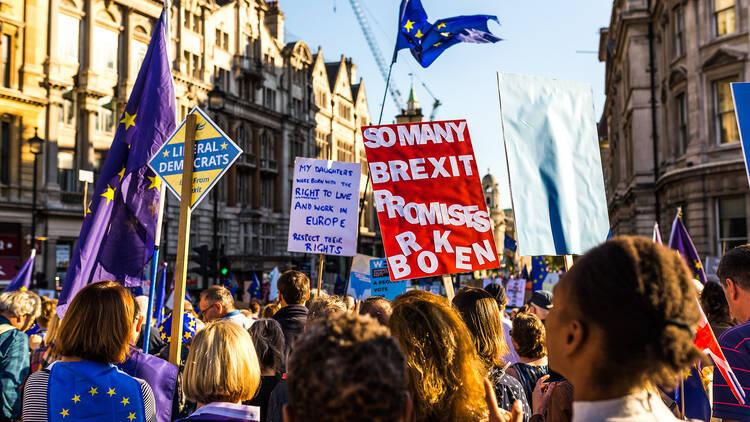 The Tulip was submitted for planning permission by architects Foster + Partners. The new tower is intended to be the tallest building in the City, and could also somehow manage to look even more phallic than Norman Foster’s original Gherkin next door. But what would its exact height be?

Answer: An absolutely mega 1,000 feet: the maximum height permitted for buildings in the City of London.

The Metropolitan Police has had to cut 3,000 officers since 2010, a fall that’s been partly blamed for the violent crime that has brought London unwanted global headlines all year. But according to a City Hall report published this month, even more frontline police could be lost by 2022 unless more money is found. How many officers are at risk, according to the report?

Answer: A sobering 2,900 coppers. The city’s police will find a government cheque for £14 million under their tree this Christmas – let’s hope that’s enough to turn the tide.

How many answers did you get right? If you missed more than five, make sure you sign up to our newsletter to get the latest from London straight to your inbox in 2019.