‘The Greatest Showman’, ‘Romeo + Juliet’ and ‘The Shape of Water’ are all at Movies on the River this week 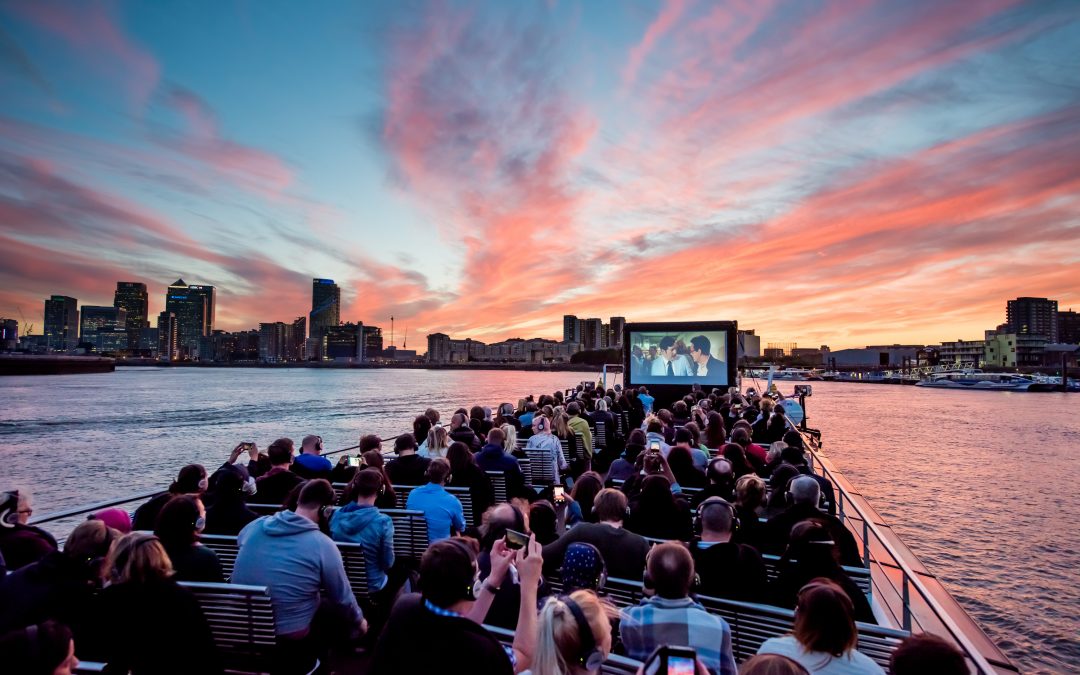 The summer sails on, and so does the outdoor movie phenomenon Movies on the River, London’s first open-air cinema series to travel the Thames.

This week, Time Out’s outdoor film extravaganza is showing two of the year’s most loved films, the belting musical ‘The Greatest Showman’ on Saturday night and the Oscar-winner ‘The Shape of Water’ on Thursday night.

Before then, the week starts on Tuesday and Wednesday with two Richard Curtis classics starring Hugh Grant: ‘Notting Hill’ and ‘Four Weddings and a Funeral’. Which means you can take in these two funny and romantic London-set movies on the boat’s open-air top deck while in view of some of the city’s most famous sights.

If you haven’t yet taken a ride on Movies on the River, you have three weeks left to sail with us.

The series runs until Saturday September 8, and five nights a week the boat takes a sunset cruise through the city before docking near Tower Bridge to screen a movie with incredible sights all around. Hurry up and jump on board!

Movies on the River runs five nights a week until Saturday September 8. Explore the full lineup and buy tickets here.