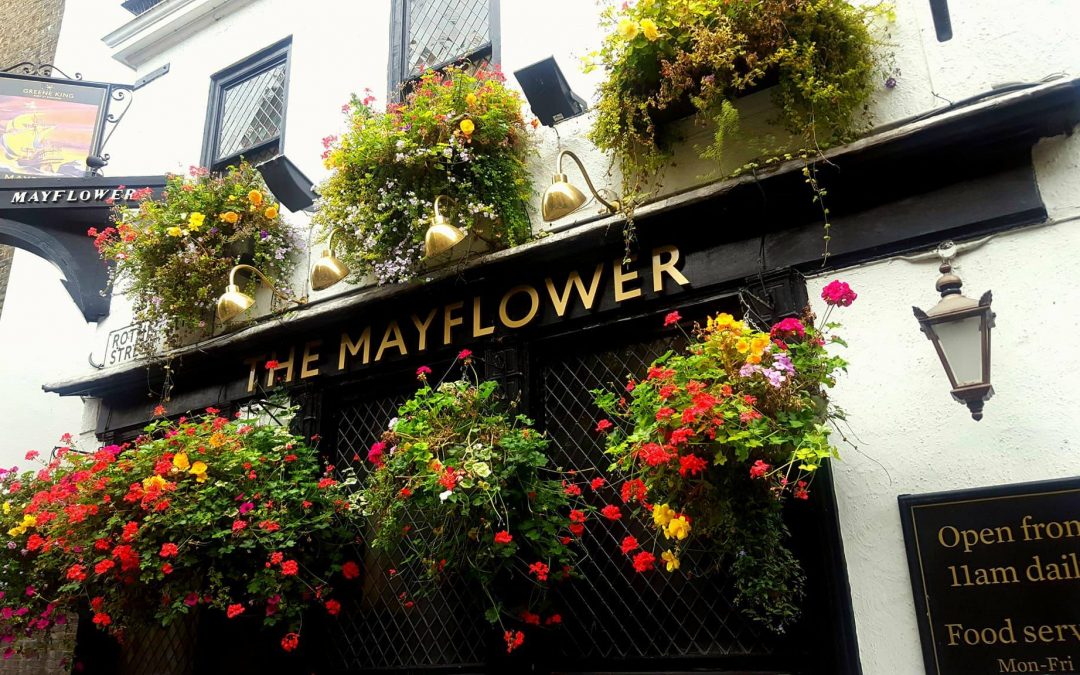 With Thanksgiving coming up, what better time to delve into an iconic story from American history! You may know that the Mayflower is the ship that transported the Pilgrims to the New World in 1620, but did you know that you can visit its original mooring spot on the London Old Docks – Historic Pubs, Food & Beer Tour!? The old London Docks area is still largely unfamiliar to the broader London population, and virtually unknown to tourists but down a narrow cobbled street in the residential Rotherhithe district you’ll find the oldest pub on the River Thames in front of the home port of its namesake – The Mayflower. If you’re unfamiliar with the story of the Mayflower’s voyage, here it is!

The Story of The Mayflower Voyage

65 passengers set sail on the Mayflower ship from its home port of Rotherhithe on the River Thames in July 1620. Captain Christopher Jones allegedly moored here to avoid paying taxes further down the river. The Mayflower travelled to Southampton for supplies and to rendezvous with the Speedwell but due to several issues including a devastating leak, its journey with The Mayflower was cancelled. The Mayflower took on the Speedwell’s passengers and set sail from Plymouth with 102 passengers in total and approximately 30 crew members on 6th September 1620. 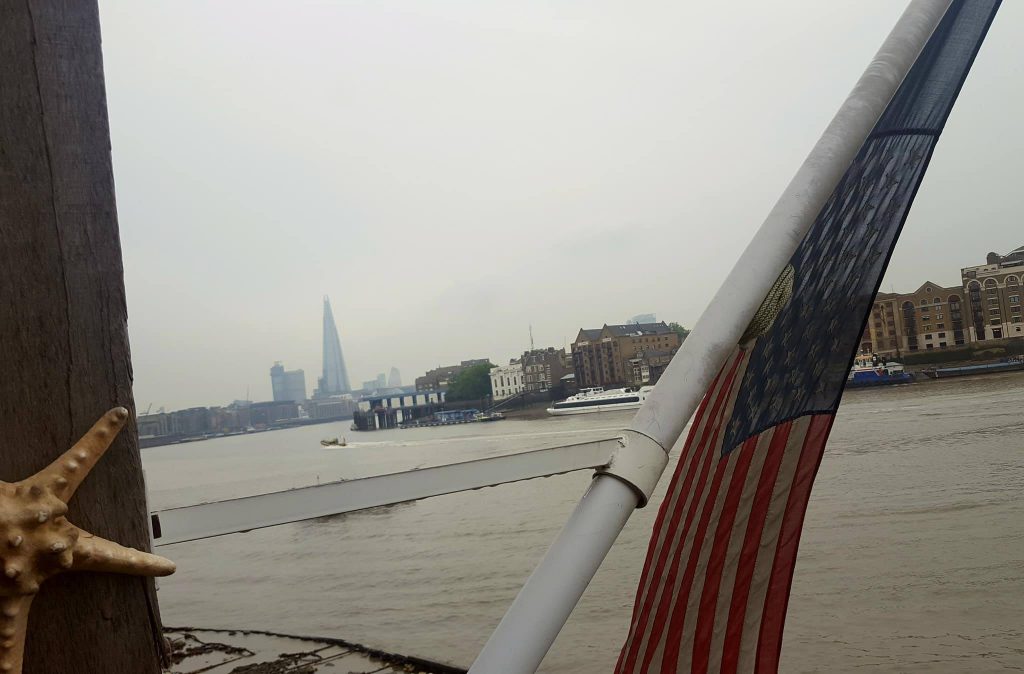 Strong winds and rough seas forced Captain Jones to anchor at Cape Cod – much further North than the original destination of Virginia – on 11th November 1620. During the voyage the settlers created and signed “The Mayflower Compact” to establish legal order in their new homeland, this provided the basis for the government of what is now the United States. 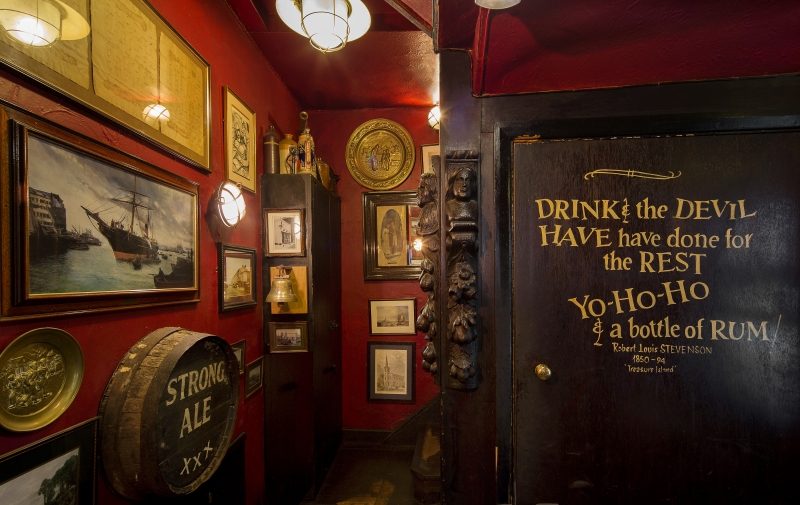 If you’re a descendent of someone who was on the The Mayflower voyage you can sign the Mayflower Descendants Book on the London Old Docks – Historic Pubs, Food & Beer Tour

Descendants of Passengers on The Mayflower Voyage

Guests who can prove a family connection to the original Pilgrims on The Mayflower 1620 voyage are invited by the pub to share their details and sign The Mayflower Descendants Book! 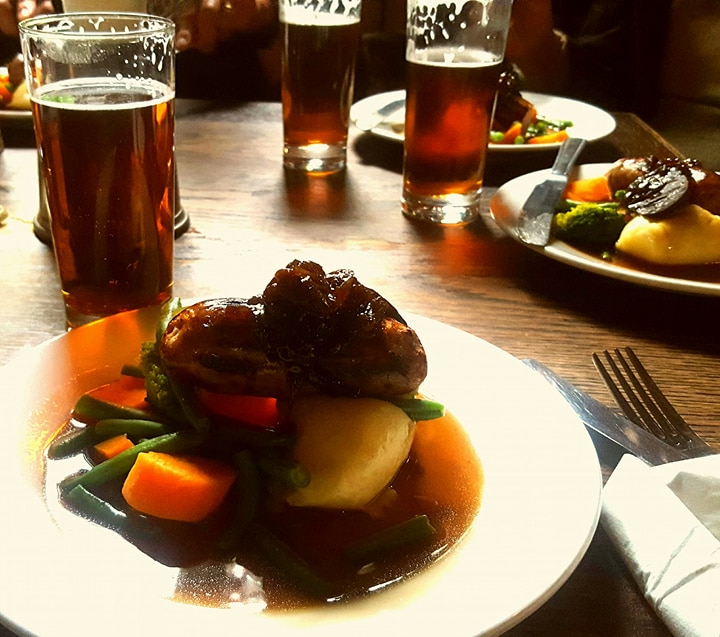 When you enter The Mayflower you’ll step back in time. It’s hard to find a pub that’s more character-packed than this gem which has barely changed since it was built in 1550. On entering you’re met with oak beams, wooden pews, an open fire, a range of seafaring memorabilia, and to top it off there’s a wooden deck at the back with one of London’s best view of the Thames. The pub offers classic British dishes made with fresh, local ingredients as well as a great range of traditional ales, craft beers, local gins and fine wines. On our London Docks tour you’ll enjoy a classic British dish here: bangers ‘n’ mash! The “bangers” or sausages are made from pork and leek and served with mashed potato, black pudding, a red wine onion gravy and seasonal vegetables. This is accompanied by a half-pint of The Mayflower’s very own Scurvy Ale! 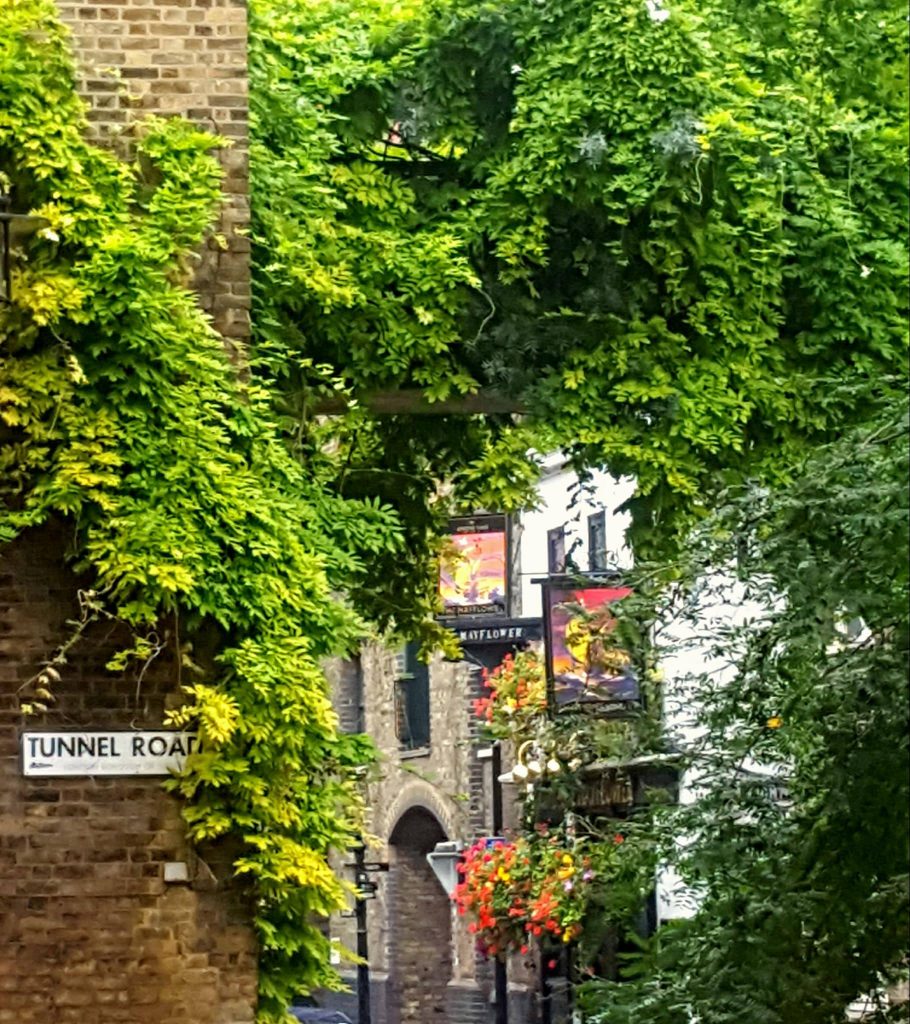 The post The Mayflower – Pilgrims & Pub Grub appeared first on Eating London Tours. Eat your way through London’s East End where history, culture, and fabulous food all collide on our London Food Tours.