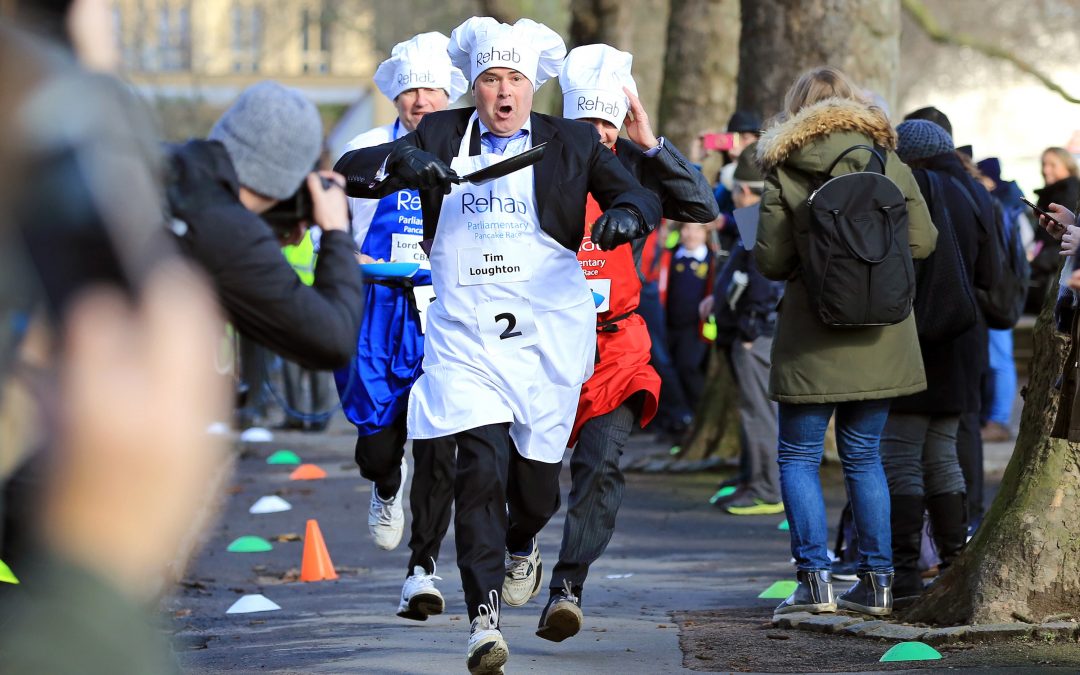 Everyone’s favourite carb-filled holiday is on the horizon, however one of London’s most anticipated Pancake Day traditions has been cancelled this year. And it’s all because of (you guessed it), Brexit.

The Parliamentary Pancake Race usually takes place annually on Shrove Tuesday and sees MPs, lords and members of the press don pinnies and chef’s hats to flip crepes for the charity Rehab.

But, the race’s usual spot, Victoria Tower Gardens, will be batter-free this year after the charity released a statement saying: ‘After much deliberation and discussion, Rehab has decided to cancel our annual Rehab Parliamentary Pancake Race’ due to ‘the timing of the planned event amid the intense focus a unique debate such as Brexit demands of Parliamentarians and media, Rehab’s management and events team decided it would be inappropriate to go ahead with our charity race at this time.’

All being well the race will take place again in 2020. So you’ll have to wait a whole year to see the top tossers in action.

Want some pancakes without a side of Brexit news? Try these events