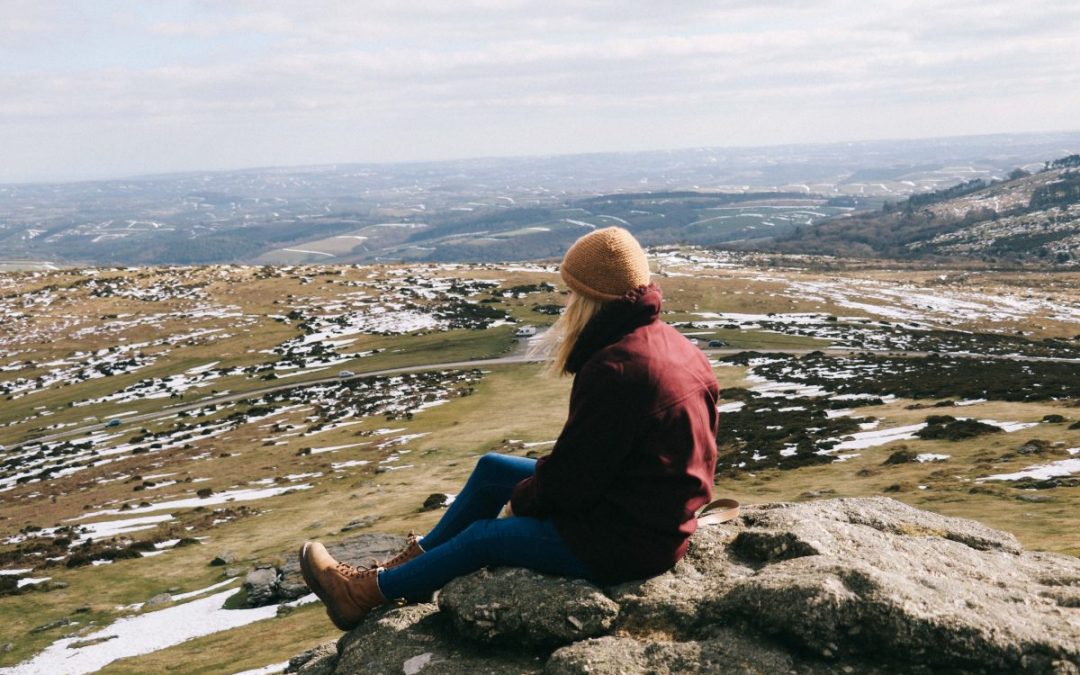 ‘It’s like the scene from Ghost,’ Laura quipped, ‘Just without the romance or skill.’ Ignoring her jibes, I hesitantly pressed the pedal that controlled the slippery red clay – the wobbly mass forming a questionable shape between my hands. This was my first time ‘throwing clay’ and as my creation was lifted from the wheel, I suspected it was also my last. It resembled more of a sunken volcano than a bowl. Failing to hide her sniggers, Laura quickly captured the moment on camera: my failed attempt at pottery immortalised forever in a Facebook post. This unexpected scene unfolded early last week on a wintery Tuesday morning; the sun bouncing off the freshly fallen snow that surrounded Penny Simpson’s pottery studio in Moretonhampstead, Dartmoor. Penny’s studio was our first stop on The Dartmoor Artisan Trail: a self-guided trail that would take us across the Moor to discover Devon’s thriving community of talented artisans. Arriving in the market town an hour earlier – the snowmelt forming sparkling streams down the streets – Laura had a revelation. ‘Hang on a minute, I went to this Co-op store last November!’ she said, ‘But how did I miss an entire Artisan Trail on my quest for a loaf […]

The post Discovering The Dartmoor Artisan Trail appeared first on Twins That Travel.