London is getting a dedicated ‘foosball bar’ 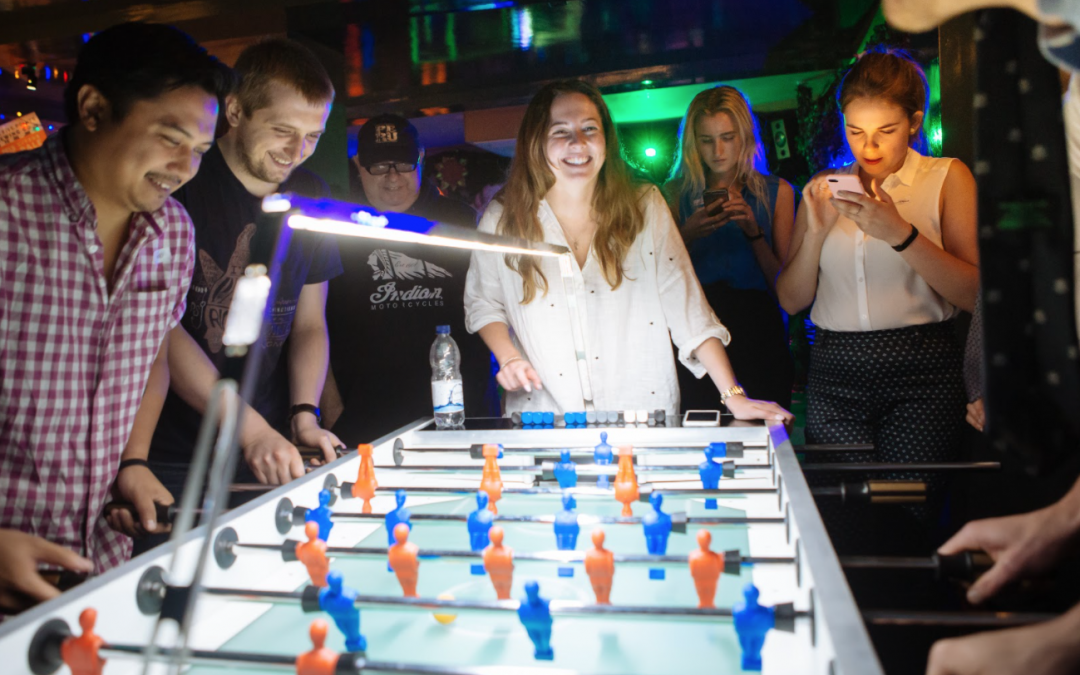 Turns out, not even a pandemic can dampen London’s hysteria for bars stuffed with nostalgic table-top games and retro arcade thrills. The latest fun-time venue hitting the city later this month is ‘Foosball Club’: a dedicated gaming hub featuring four championship-grade tables. There’ll also be three retro arcade machines to keep you occupied while you’re waiting for your turn to pull kick.

If you’re a serious foosball player, the north London bar says it’ll give you a chance to play in the same conditions as in an international tournament and learn new moves and trick shots via informative wall-mounted screens. While the promise of craft beer and pizza being on hand means there’s something for everyone, even if your knowledge of the game stems solely from watching ‘Friends’ repeats.

In step with current regulations, you’ll be able to book a dedicated seating area for four people or a private booth for up to six people. Each slot will give you two to four hours to practise your pull shots.

Foosball fanatics will know that places like Cafe Kick in Clerkenwell and Bar Kick in Shoreditch already dedicate themselves to table football fun, so it’ll be interesting to see if Foosball Club can also score a goal.

More new openings: A new theatre is opening in Camberwell next month.

An entire barge of cheese is dropping anchor in Paddington.

Gins of the World Tasting Experience