The Thames Clipper – A new perspective 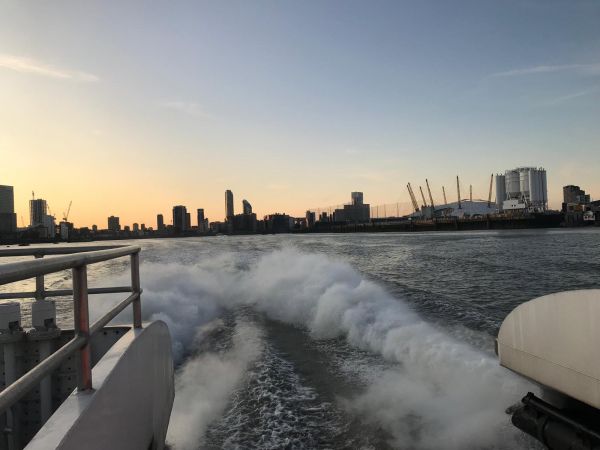 Until recently, I had never been on a boat on the Thames. A few weeks ago, after more than 10 years of living in London, I found myself stepping onto the Thames Clipper. Let me set the scene: I’ve just been to a music festival at an (over)hyped new park, the ‘Tide’ – apparently, London’s answer to New York’s High Line – and me and some friends are drinking some cans by the river. The sun is low in the sky and it’s a warm Sunday evening. We notice that we’re right by North Greenwich Pier and decide to get the boat home.

The journey takes us West along the meandering river, past the Millennium Dome, high-end apartments, abandoned warehouses and Canary Wharf, and then under Tower Bridge as we zoom towards the houses of parliament. Its golden hour and the city is looking its best.

The Clipper is an efficient machine, designed for commuters and integrated into TFL. There are a number of routes all the way from Putney in the West to Woolwich in the East. Pick a sunny evening and get on board at one of the many piers around the city. I promise you won’t regret it.

The post The Thames Clipper – A new perspective appeared first on Spotted by Locals London.