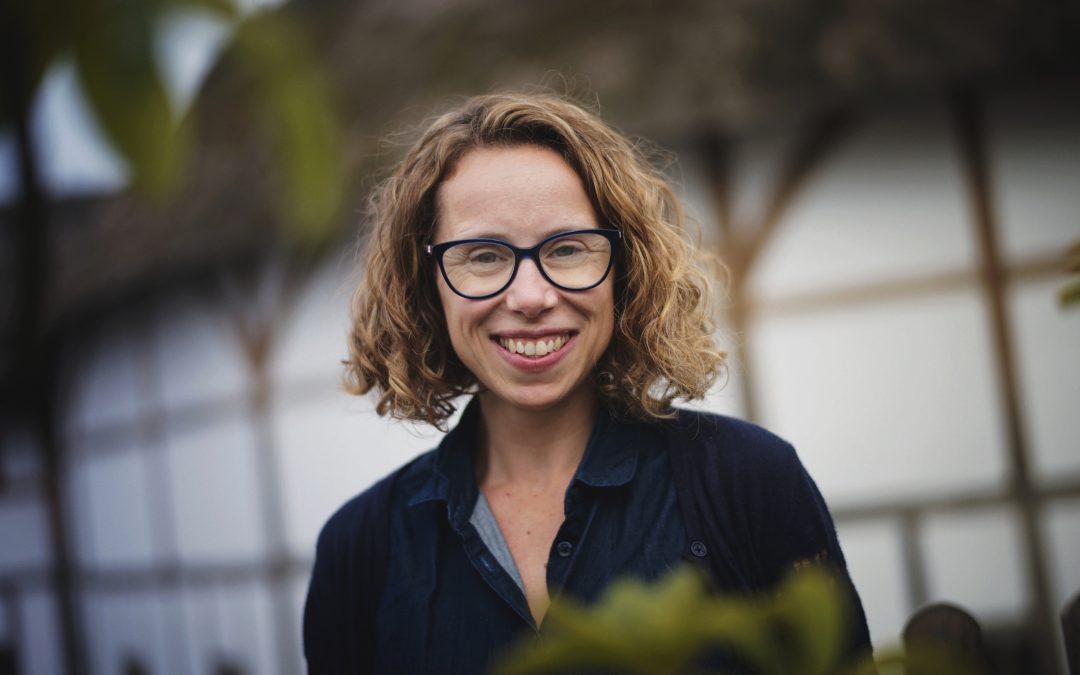 Michelle Terry does not have an easy job.The fourth artistic director of Shakespeare’s Globe follows Emma Rice, who departed after just two years following bruising clashes with the theatre’s board. While Terry had nothing to do with it, she is inheriting a troubled organisation.

Actor-manager Terry – the Globe’s second director to do both jobs, after Mark Rylance – has made life harder for herself by taking on the most difficult role in the theatrical canon. She stars as Hamlet in the first show of the season, which shares a cast with comedy ‘As You Like It’, in which Terry will also be acting.

Finally, she is a new-ish (18 months) mum who is furiously tinkering with the Globe’s working hours in an effort to make it more parent-friendly.

Lesser mortals would be felled by any of those tasks. But Olivier-winner Terry gives the appearance of being ready to take on her greatest role.

You’re an actor. So why take this job?
‘I couldn’t understand how the [Emma Rice] situation had got to crisis point. I wrote to Neil [Constable, chief executive] saying, “Do you have an artistic board to balance your board of trustees?” I got a letter back saying “Would you like to make this a formal application?” At the time my world had been so blown apart by having a baby. I didn’t know who I was, why I was, what I was. But I felt I knew about the Globe.’

Have you had any sort of relationship with Emma Rice during your overlap?
‘She has been nothing but supportive but this industry is personal. It’s understandable she doesn’t want to spend very much time in a place that she feels has a toxicity around it.’

The ‘Hamlet’/‘As You Like It’ company is pretty unusual, can you explain it?
‘Traditionally the director and “the creative team” have months to prepare and the actors – who are going to represent the work for months – don’t come in until later. I think there’s a danger of not being fully invested when you’re having an existential crisis on a wet Wednesday and a pigeon is intruding on your scene. So we got the actors in from the start: the idea was to dismantle the hierarchy and give the actors a say.’

Playing Hamlet in ‘Hamlet’ is a pretty full-on way to start the season, yes?
‘I had a conversation with Mark Rylance; he said if I was going to lead I should lead from the front. The other parts are iconic as well, though – I sometimes wish Shakespeare had just called it “Elsinore”!’

It is a conspicuously diverse company…
‘Shakespeare gives us no character descriptions but gives us the note to “hold the mirror up to nature”. I think this binary way of looking at gender, looking at the world, has reached a tipping point. We’re doing a gender-blind, race-blind, disability-blind production.’

What are your plans for the indoor Sam Wanamaker Playhouse?
‘I think we’ll have a festival-type model of programming. And I know it was authentic to have high ticket prices, but I think we need to dismantle that. It’s extortionate, it’s elitist in a way we’re completely not at the Globe.’

What’s the point of the Globe, ideologically?
‘Wow! Flippin’ ’eck! Interesting. I know we’re probably not allowed to say socialist, but I do think there’s a socialist agenda. Sam Wanamaker [the Globe’s founder] had a socialist agenda. And it was a humanitarian agenda. We have a responsibility to keep going further, locally, nationally, internationally, diversity on stage, off stage, bring more people into the inclusive embrace of that wooden O.’