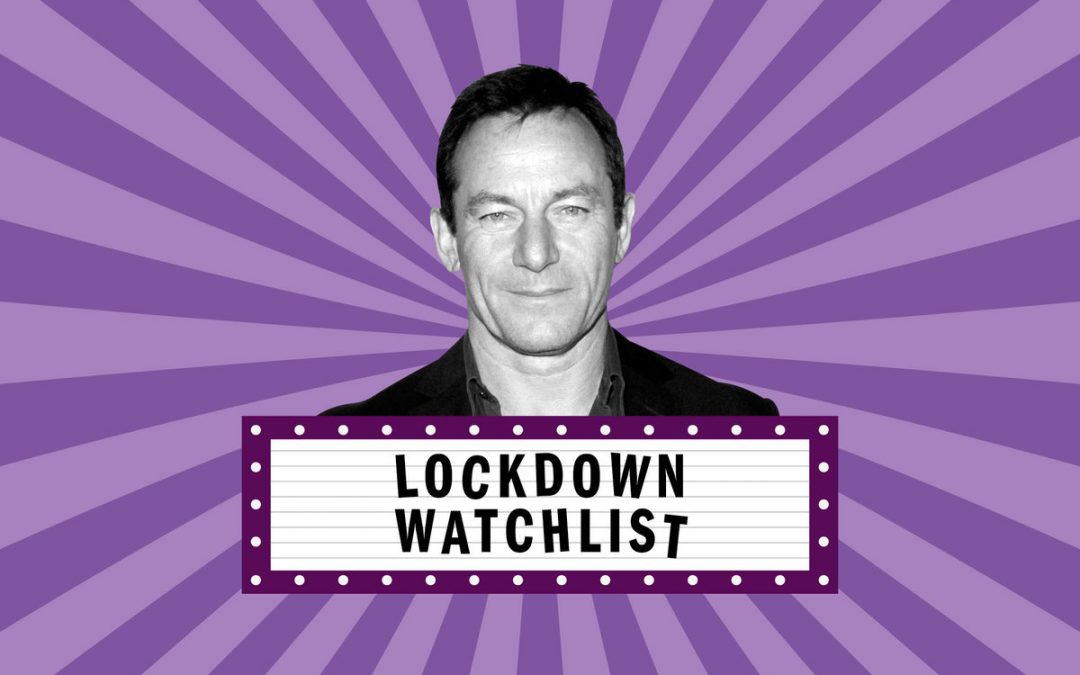 Not only is Jason Isaacs one of our best-loved character actors and a mighty raconteur, as anyone who has tuned in to his regular Wittertainment powwows will testify, he also makes an excellent on-screen baddie. His latest, cartoon rotter, Dick Dastardly in Scooby-Doo origin story Scoob!, is another to add to a pantheon of superbads that includes characters from The Patriot, The OA, Star Trek: Discovery, and, of course, Harry Potter’s Lucius Malfoy.

But we’re not here to chat to him about that sneering parade of ne’er-do-wells, or even what it was like working with Muttley. Instead, we got this cultural polyglot and podcast fanatic to share some of the things that have been getting him through three months of London lockdown.

Streaming series I’ve been catching up on
‘My 87-year-old dad had coronavirus and moved in with us. He’s a sports nut so we made our way through [Michael Jordan/Chicago Bulls series] The Last Dance. I don’t like basketball – it always comes down to the last two minutes and I wonder why the fuck I bothered – but I loved it. It was made by Jordan’s company and was clearly meant to be a hagiography, but he didn’t come across as someone that I ever wanted to spend any time with. Great drama works when the characters reveal something about themselves that they didn’t intend to.’

Uplifting movie soundtrack
‘I listen to music soundtracks all the time: Chicago, Cabaret and The Rocky Horror Picture Show. I sang my way through the whole of The Greatest Showman while I was doing the cleaning the other day. I’m a hideously off-key would-be singer. I sing and birds flee the garden.’

Podcasts I’m into
‘I’ve been a podcast addict for many years, starting with the granddaddy of them all, This American Life. If you want to know what’s going on at the moment weeks before it reaches the news listen to This Week in Virology, which is doing a 30-minute Covid update for lay people at the beginning of each episode at the moment.

I know it makes no sense because you can listen to it all over the world, but one of the reasons I moved home from America was for BBC Radio 4’s I’m Sorry I Haven’t a Clue. It’s the quintessential word-based witty, juvenile comedy show and right up my alley. I like David Mitchell’s The Unbelievable Truth, and The Adam Buxton Podcast. Then there’s Esther Perel, who is a relationship counsellor and psychologist and her Where Should We Begin? podcast has pivoted to relationship issues during lockdown. I listen to No Such Thing As a Fish from the people who write the brilliant comedy for QI. There are so many I love, I feel like you’re asking me to pick my favourite child. I’m not sure the world needs any more podcasts but I might do one with a friend. I do like asking awkward questions.’

Favourite book about the movies
‘William Goldman’s books on Hollywood, like Adventures in the Screen Trade, are great. Hilariously, he keeps repeating the mantra “nobody knows anything” while telling you everything he knows. But if I had to chose one, it’d be Final Cut by Steven Bach. He was a high-ranking executive at United Artists at the time they made Heaven’s Gate, which brought the studio down, but it covers the other films of the time, like Scorsese and De Niro making Raging Bull and Mean Streets. As a chronicle of the pulsing tide of ego and terror that fuels Hollywood day to day, there’s nothing better.’

Uplifting comedy
This Is Spinal Tap. I first saw it at the Scala in King’s Cross, which was my favourite London cinema but sadly doesn’t exist any more. It was a midnight screening and everyone thought it was a serious documentary. We were all ankle-deep in beer and Rizlas at that point.’

Most missed thing about going to the cinema
‘There is no better way to be told a story than in a big dark room. Whether it’s theatre or cinema, there’s a reason humans have done it since we could build a fire. You feel so much less alone in the world when you’re watching a piece of human behaviour and you’re in the presence of other human beings. Even if you’ve got a giant screen with great sound at home, it isn’t the same. I love the Lexi Cinema in Queen’s Park, but the Everymans and those other chains are so important too.’