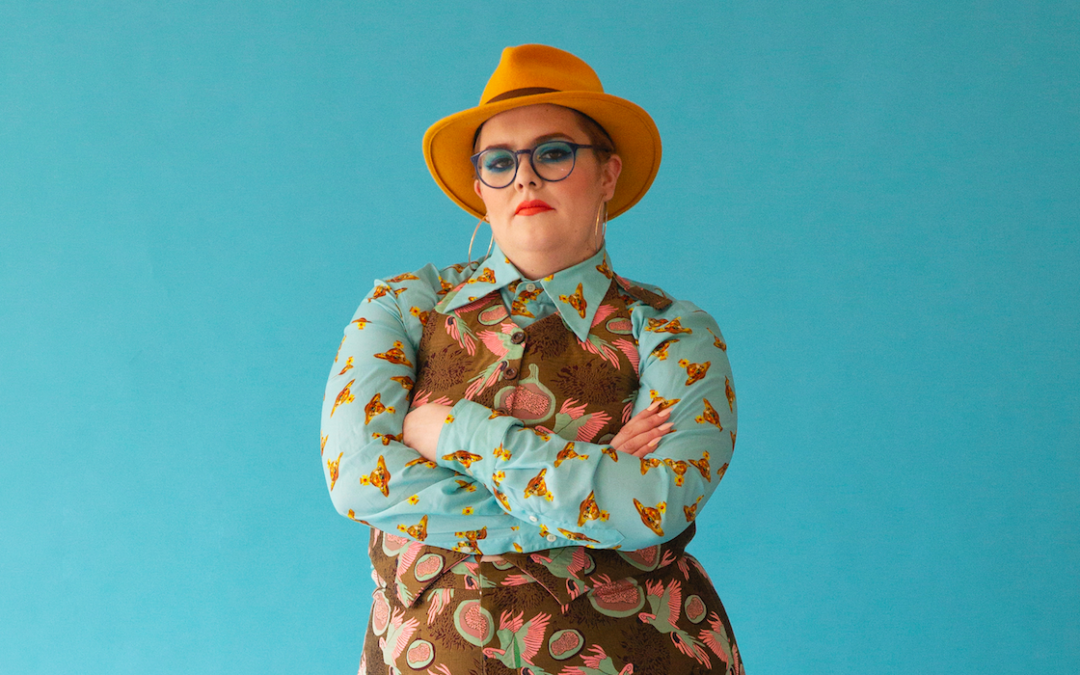 When I heard that ‘RuPaul’s Drag Race’ was being adapted for the UK, my first thought was: is an American TV show really going to understand why a drag queen called Karen From Finance is funny? When it comes to drag, America and the UK are very different places.

In London, drag is punk, babes. During the punk era of the ’70s and early ’80s, bands like The Buzzcocks and The Clash, and fashion queen Vivienne Westwood took on the mainstream armed with their own attitude and creativity. I think drag is the punk of today. Drag represents a total freedom of expression, born as a rejection of an era where singers like Freddie Mercury, Elton John and George Michael couldn’t even let on that they were gay. Like punk rock, you could say that London’s scene was born in NYC too: it’s where drag star Jonny Woo trained in the early 2000s, meeting Lavinia Co-op in the process and starting his journey to London as one of the most prolific drag queens in the UK. He inspired the likes of Taylor Mac, Bourgeois & Maurice, Dickie Beau (who is in Queen biopic ‘Bohemian Rhapsody’ playing Kenny Everett) and myself. I don’t think it’s too bold a statement to say that Jonny Woo started the east London drag scene and helped each and every one of us.

My issue with ‘RuPaul’s Drag Race’ is that it’s taken something that was a punk movement and turned it into something you can buy on a T-shirt at Primark. You know when something isn’t cool anymore when the mainstream dress up as it for Halloween. I’m also not sure ‘Drag Race UK’ will accurately reflect queer Britain. It’s a reality show, so it focuses on the worst aspects of queer performance: the egos, the tantrums, the expectations of success.  But in London’s drag scene, artists genuinely work hard to pave their way. ‘Drag Race’ isn’t going to show new talent dragging heavy suitcases full of drag up staircases, performing in dodgy pubs for £20 or swallowing their pride and learning from their mistakes.

It’s also important to acknowledge how diverse the London scene is in comparison. RuPaul has come under fire many times for old-fashioned attitudes. I think the wigs, shaved faces and tucks seen in his show definitely don’t represent the community I know.  The UK scene is so much more modern and varied, a home for men and women, trans people, gay people, straight people, drag kings and drag queens. Is there really just a scene of old-fashioned queens aping women any more?

Will ‘Drag Race UK’ change the scene for the worse? Yeah, possibly – for example, by perpetuating the myth that you have to put your whole self on the line to be successful. We’ll find out soon enough, but in the meantime I urge you to celebrate the drag scene on your doorstep first. Icons are everywhere. Take performers like Jonny Woo or John Sizzle – one of the funniest queens on the scene – who co-own The Glory in Hackney. There’s Le Gateau Chocolat, whose operatic baritone has made him a black queer icon across the world. There’s Grace Shush, Margo Marshall, Fagulous, A Man To Pet and of course (one of the best drag queen names ever) Jacqui Potato. And then there’s Rhys’ Pieces, winner of The Glory’s Lip Sync 1,000 competition – an annual competition that helps amateur queens break through.

Contests like this and Miss Sink The Pink have really helped new acts emerge without reality TV poking about. All of these acts smashed it without telly. British humour is dry and our queer scene is supportive. The bitchy drag thing is so done. Imagine the likes of David Hoyle qualifying on that show? If you’re a RuPaul fan in the UK and you’ve not seen our drag yet, please:  get out of your bedroom and come to any of these shows that I’ve mentioned. It’s much better than watching alone, I promise.